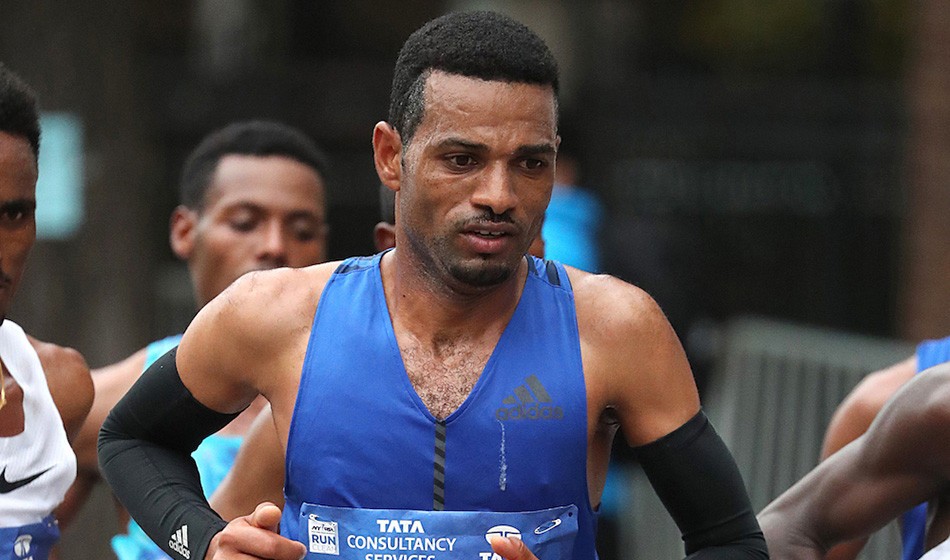 The Standard Chartered Dubai Marathon returns for its 20th edition on Friday (January 25), with strong fields announced and a live stream available for fans to follow the action.

Adola, who finished behind the now world record-holder Eliud Kipchoge in Berlin in 2017 when running 2:03:46, is the fastest man in this year’s field and said: “I really enjoyed everything about my marathon debut until the last few kilometres.”

He will make his third start at the marathon distance in Dubai after withdrawing from last year’s Frankfurt Marathon due to illness.

Also lining up will be Switzerland’s Tadesse Abraham, who is set to attack the European marathon record of 2:05:11 run by Britain’s Mo Farah in Chicago last year.

Abraham will need to take almost a minute and a half off his PB to achieve the feat, having run a best of 2:06:40 at the 2016 Seoul Marathon, but the 2016 European Half Marathon Championships winner is focused on giving it his best at the IAAF Gold Label event.

“I love my job as a runner and I treat it with great respect, which means not only strictly adhering to my training programme but also giving it my full concentration,” said Abraham.

“I also allow myself sufficient recovery time because this is an important success factor. During my marathon preparation I run about 200km per week. Intensive training also involves a faster, long run of 32-40km and marathon tempo runs with intervals that are somewhat faster than the marathon pace. I have big goals but as the proverb says: ‘Only with an impossible goal can you achieve what’s possible.’”

Ethiopia’s 2011 world 10,000m champion Ibrahim Jeilan will be looking to complete his first marathon after dropping out during his debut in London in 2014, while his compatriot Getaneh Molla will be tackling the distance for the first time.

In the women’s field, Kenya’s Ruth Chepngetich – a two-time winner at the Istanbul Marathon – boasts the fastest personal best time of 2:18:35 but will face a strong challenge from former Dubai winner Worknesh Degefa of Ethiopia (2:19:53 PB) and fellow Kenyan Sharon Cherop (2:22:28 PB).

Ethiopia’s Tigist Assefa – a former middle-distance specialist with an 800m PB of 1:59.24 – will be making her marathon debut.

A competitive race is also expected in the men’s wheelchair event with Switzerland’s defending champion Marcel Hug up against a strong field of Japanese athletes including Hiroyuki Yamamoto and Hiroki Nishida.

“This will be the 20th time we have staged the marathon in its current format and I’ve no doubt the athletes will once again provide us with a race worthy of the occasion,” said event director Peter Connerton.

“Last year saw new course records in both the men and women’s races, while we had seven men finish in sub-2:05 and four women in sub-2:20. Those were both unique results in marathon history and emphasised the depth of quality in the fields we put together in Dubai.

“As for the race route itself, we are hugely grateful to HH Sheikh Mohammed bin Rashid Al Maktoum, Vice President and Prime Minister of the UAE, Ruler of Dubai, for assisting the event’s staging in the heart of Jumeirah.”

The race will be available to watch worldwide as a live stream with no geo-blocking or rights restrictions.

The three-hour world feed will get under way in time for the start of the elite marathon at 6am (2am UK time) on Friday, with commentary from women’s marathon world record-holder Paula Radcliffe and international author and award-winning athletics correspondent Pat Butcher.