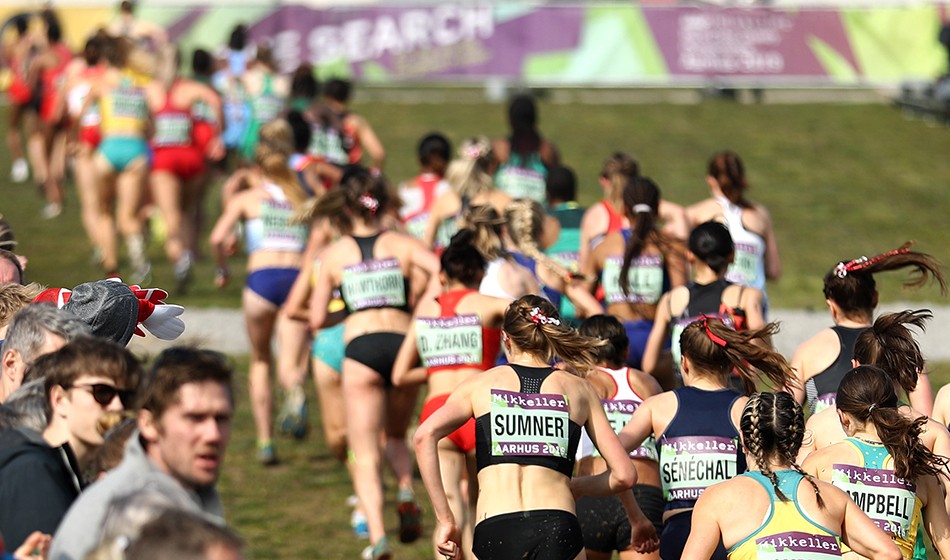 As well as the championship races, plans include mass participation, club challenge and para events

Organisers of the World Athletics Cross Country Championships Bathurst 2021 aim to take the event to an “even higher level” following the success of the 2019 championships in Aarhus.

With 300 days to go until the world’s best cross country runners compete in New South Wales in Australia, further details have been confirmed for the event which will also include mass participation, club challenge and para races.

On March 20 next year, elite athletes will race on a “technical and challenging championship course” which features constant changes in terrain, elevation and direction.

The 2km loop course, which the senior athletes will tackle five times to make up the 10km race distance, starts with an uphill climb and incorporates unique features such as the “billabong”, plus a run through a vineyard and stunning autumn foliage.

The mass participation races will be highlighted by a “golden ticket” event where amateur athletes will race for the chance to compete against the world’s best in the senior world championships event.

Brenda LaPorte, chair of the local organising committee, said organisers are working hard to fulfil the vision for the event with an outstanding athletic experience, a true celebration of the sport and Australian culture.

“The 2019 championships in Denmark certainly raised the bar and in 2021 we’re looking to take the World Athletics Cross Country Championships to an even higher level,” said LaPorte.

“We’re planning that everyone who visits Bathurst for the championships leaves with the memory of a truly unique, and warmly welcome, regional Australian experience.

Legendary Australian runner Rob de Castella is head of delegation for the Australian team and said they have plenty of motivation to perform.

“Having only ever had one winner of the event, when Benita Willis blitzed the world back in 2004, the Australian team will need to overcome history, but I know they are excited to race in front of a large, parochial home crowd who will spur them on,” he said.

“The team will also be inspired to etch their names into the sporting folklore of Bathurst’s Mount Panorama alongside other Australian sporting greats.”

Organisers say that spectators at the event can expect action-packed racing on a looped course with easy access to all areas on course, along with a range of off-track entertainment and activities to keep the whole family engaged.

For fans unable to get to Bathurst, the World Athletics Cross Country Championships Bathurst 2021 will feature a live international television broadcast and live stream with more than 60 countries expected to broadcast the event.

World Athletics president Seb Coe said: “I want to express my thanks to Athletics Australia, the NSW Government through Destination NSW, and the team at World Athletics for their efforts in producing what will be an extraordinary championship.

“This has been an exceptionally challenging year for the community and for sport globally, so I’m very excited about the prospect of a return to world championship competition next year.

“Bathurst promises to be a great celebration of sport, from elite to community level. I really love cross country. These championships will not only feature the best distance runners of their generation, but possibly of all time. I encourage anyone with young people in their family to attend as this is a truly inspiring event.”

As well as the senior 10km events, the elite programme will feature the 8km under-20 men’s race and 6km under-20 women’s race, plus the universal mixed relay.

Entry for the series of mass participation races is expected to open in August 2020.