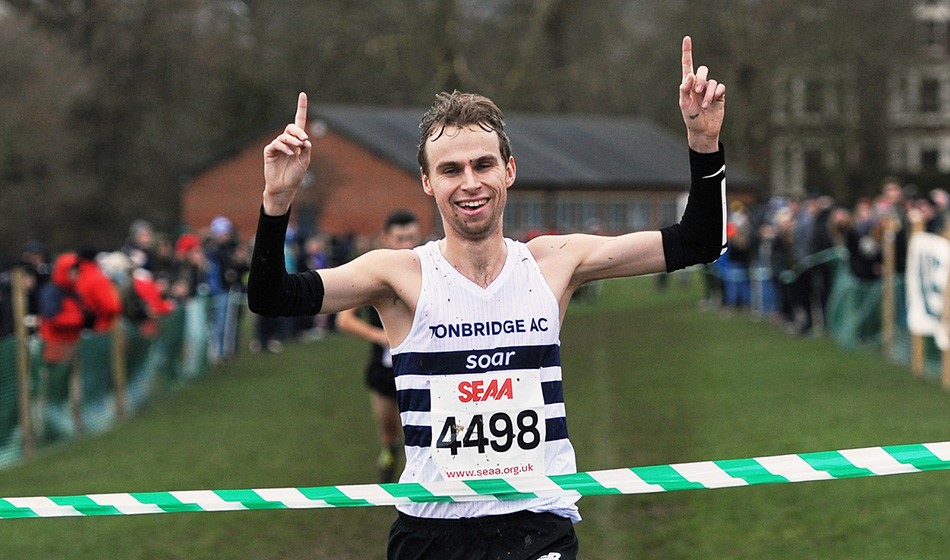 Henry Pearce and Pippa Woolven claimed senior South of England titles, while Northern victories were secured by Emile Cairess and Mhairi Maclennan, with the Midland events won by Jack Gray and Kate Holt.

The South of England Championships returned to its usual venue at the superb North London setting which was unusually dry for this event and the mostly good going meant times were faster than normal, Steve Smythe reports.

According to Power of 10, it was the first ever South of England Championships at cross-country for the much improved Tonbridge athlete. His time was 45:53 for the race which was a kilometre short and 14km rather than the advertised 15km.

The 2:19 marathoner, who ran a 29:26 10km PB at Ribble Valley at the end of 2018, gained a vital gap over the second half but could never relax as National champion Adam Hickey chased him all the way and finished just four seconds back.

Hickey won the National on the same course but here was nursing an ankle injury which had cost him a month’s training and he injured it again on the first lap and had to call for ice immediately on finishing.

Ed Shepherd, who was making his Southern senior debut but was 21st in the National last year, came through strongly to take third to match his under-20 bronze from 2014.

Aldershot, who were led in by Paul Rodgers in ninth, packed superbly with six in 28 and won the team race from Pearce’s Tonbridge, who were ahead after five runners but eventually trailed by 10 points with Serpentine third.

Pippa Woolven was another senior debutante and had not competed in the championships since a sixth in the junior race back in 2011.

Clearly in fantastic form following a fourth in Stirling and a top 10 place in the Europeans, she dominated after a steady start to the first lap.

By the finish her 26:53 gave her a 66-second winning margin for the supposed 8km course, which looked a little short. 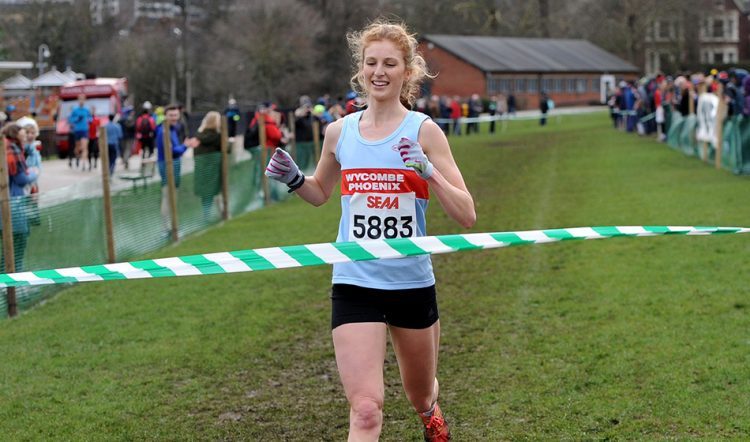 Second was Iona Lake, who coincidentally had followed home Woolven by one position back in the junior race in 2014.

Lake finished strongly taking silver as did 2016 winner Naomi Taschimowitz who passed Nicola Taylor in the finishing straight after Taylor had looked a likely second mid way through the last lap.

Thames Hare and Hounds, who placed their four runners between 17th and 25th, won the team race from Highgate and Woolven’s Wycombe Phoenix.

Another in-form athlete from the Europeans, Amelia Quirk, won a top-quality under-20 race from Dundonald winner Grace Brock while former multi national champion Sabrina Sinha made a welcome return to top class racing to snatch bronze almost on the line from Almi Nerurkar. Aldershot won the team event.

Two other athletes with world cross aspirations are the junior men’s top two with Lachlan Wellington showing superb form to run away from Dundonald winner and his Hampshire rival Zak Mahamed.

He won by 22 seconds as Reading took the team honours.

Last year, David Stone was only fifth in the South of England Champs but won the National at Parliament Hill and here he won a competitive under-17 men’s race by just two seconds from Aldershot’s Will Barnicoat, who led his team to yet another victory.

Runners were confused when they mistakenly ran the long lap before the short lap but Stone’s finishing speed proved decisive with his team-mate Kristian Imroth taking bronze.

Bedford’s Tia Wilson was a surprisingly easy winner of the under-17 women’s race. Seventh last year in Brighton, here she won by 22 seconds from Olivia McDonald as Windsor took team honours on countback from Shaftesbury Barnet.

Beatrice Wood, the reigning ESAA champion at 1500m and cross-country, dominated the under-15 girls’ race, winning in 15:52, 13 seconds ahead of Emily Shaw as Chiltern won team gold.

A far more exciting race was the under-15 boys’ race as Louis Small outsprinted Matthew Taylor by a second.

The Ashford athlete had lost to his Tonbridge rival in the Kent Championships but here unleashed his big kick to take his biggest title to date as he added gold to his South of England Inter Counties win before Christmas.

Aldershot with four in 11, took the team title from Tonbridge.

The under-13 girls’ race was also exciting and only decided in the straight as Ruby Vinton defended her South of England title to erase the memory of her 37th in the National on this course.

Lily Slack was the unlucky athlete who had to settle for second but did have the consolation of a very clear Tonbridge team gold as they won by a staggering 93 points.

You wouldn’t have picked Benjamin Peck for individual glory in the under-13 boys’ race, based on his 48th in the National or 116th in the Inter Counties.

At the National, where he fell, he was over a minute behind William Rabjohns but the much improved Peck won easily in 11:04 with Rabjohns, who dominated the age group in his first year last season, had to make do with second as he just pipped Harry Prescott.

Windsor won team gold by a single point from Cambridge and Coleridge.

Carl Avery of Morpeth made a valiant attempt to retain his senior men’s title but found the way blocked by Emile Cairess of Leeds City, Roger Norton reports.

The two of them, together with Liverpool’s Dejene Gezimu, made an early break and were joined by Stockport’s Jack Martin.

In the end it came down to a tussle between Cairess and Avery. The Leeds man always looked the more comfortable and was able to ease away up the long uphill finish.

Gezimu took the bronze ahead of Martin, with Nigel Martin of Sale and Joe Wilkinson of Lincoln Wellington completing the top half dozen. Sale retained their team title surprisingly easily from Leeds City.

Morpeth’s Mhairi Maclennan retained her senior women’s title after an epic battle with Lauren Heyes of Leigh and Jessica Judd of Blackburn.

Edinburgh based Maclennan had too much strength in the finishing straight. Her mile splits, according to Strava, were 5:14, 5:44 5:24, 5:26 and 5:35. Afterwards she said she found it harder than last year’s win.

It was, indeed, a high quality field. Judd, whose track pedigree was thought by many to give her the edge in a close finish, was third and 800m specialist Alex Bell an excellent fourth ahead of Leeds City duo Claire Duck and Lucy Crookes.

Leeds had another two in the top 12 to give them an easy team win over Rotherham.

The City of Stoke runner had plenty in hand over former junior international Nicola Sykes as third placed Charlotte Taylor-Green led Bristol and West to the team awards.

Last year’s men’s champion Alex Brecker pulled out mid-race but was never really challenging runner-up then Jack Gray, who went on to out-run Birchfield’s Omar Ahmed, who mis-counted the laps needed to be run before holding on for second.

Third home was Coventry’s Mohamed Mohamed but the Somalian asylum seeker was only allowed to race in the team championship which let fourth-placed Douglas Musson take bronze to go with team gold for Notts. They came through after Birchfield had led early on before they too suffered withdrawals.

The under-20 races saw good champions as firstly Amelia Samuels led Wolverhampton & Bilston to the title and then Ben Dijkstra did the same for Leicester as he unseated 2018 champion Thomas Mortimer.

Although the senior events had goodly sized fields, some of the young athletes field were smaller than anticipated