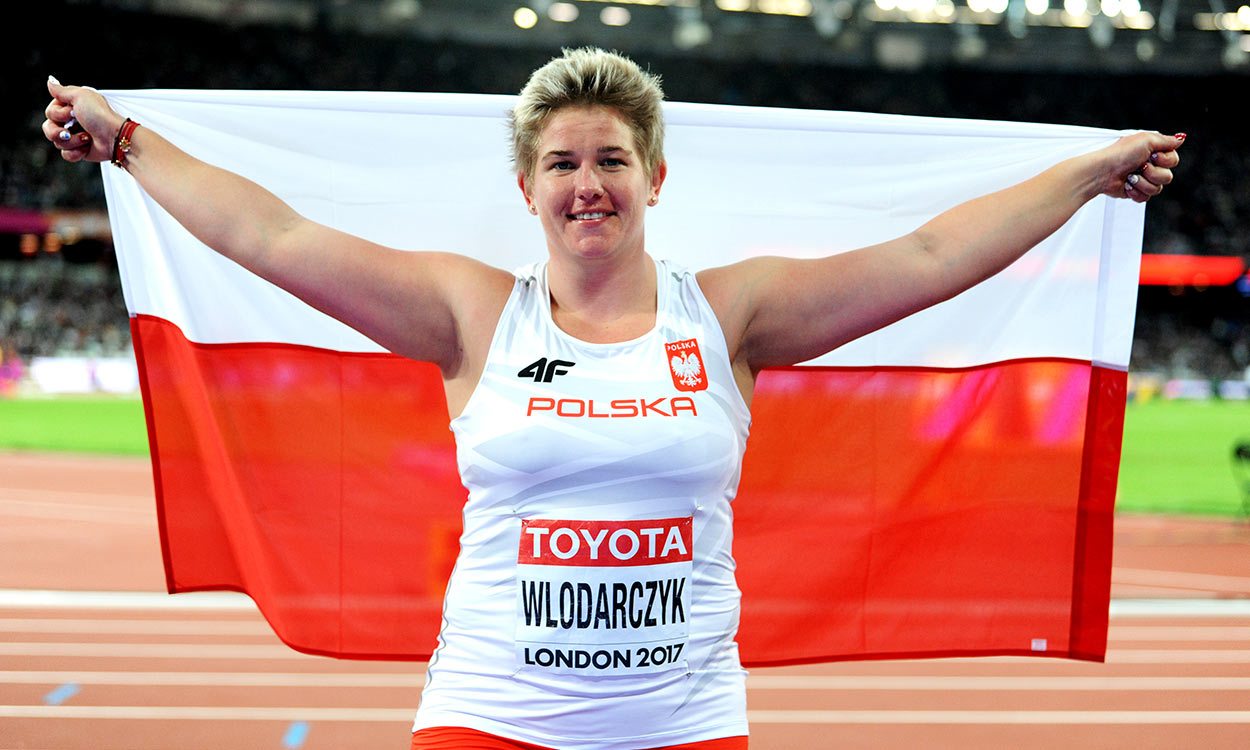 Anita Wlodarczyk lived up to her overwhelming favourite status to claim her third world hammer title in London on Monday.

The world record-holder had hoped to come closer to her best of 82.98m recorded last August, but her 77.90m in a damp and cool UK capital was enough to take her winning streak to 41 finals.

After Olympic bronze last summer, British record-holder Sophie Hitchon said she never really found her rhythm and left the track in tears after placing seventh with a best of 72.32m.

Wlodarczyk took a while to warm up, with an opening throw of 70.45m and a second round foul. Her third attempt was 71.94m. But after securing her spot in the top eight to gain another three opportunities, she improved to 77.39m and then her winning mark before 73.91m in the final round.

“This was not the performance I expected tonight but come on, I am the world champion and that is the most important thing now,” said the winner, who adds this title to world golds won in 2015 and 2009, plus her silver from 2013.

“There were a couple of serious technical problems in the final,” she explained. “First of all, I injured my finger during the first training session in London and it was quite painful. And I started to have cramps tonight. So it was not easy.”

Hitchon had a consistent series, with each of her five valid throws over 70 metres. She saved her best until last but it wasn’t enough to move her higher.

“I think I showed in qualification that I was in good shape, but I just couldn’t find the rhythm from the beginning,” said the 26-year-old, who had thrown 73.05m to make the final.

“The result obviously wasn’t what I wanted but that crowd was absolutely amazing,” added the 26-year-old, who threw her PB of 74.54m to gain her Olympic medal last summer. “I am just sorry I couldn’t produce something better for them.”