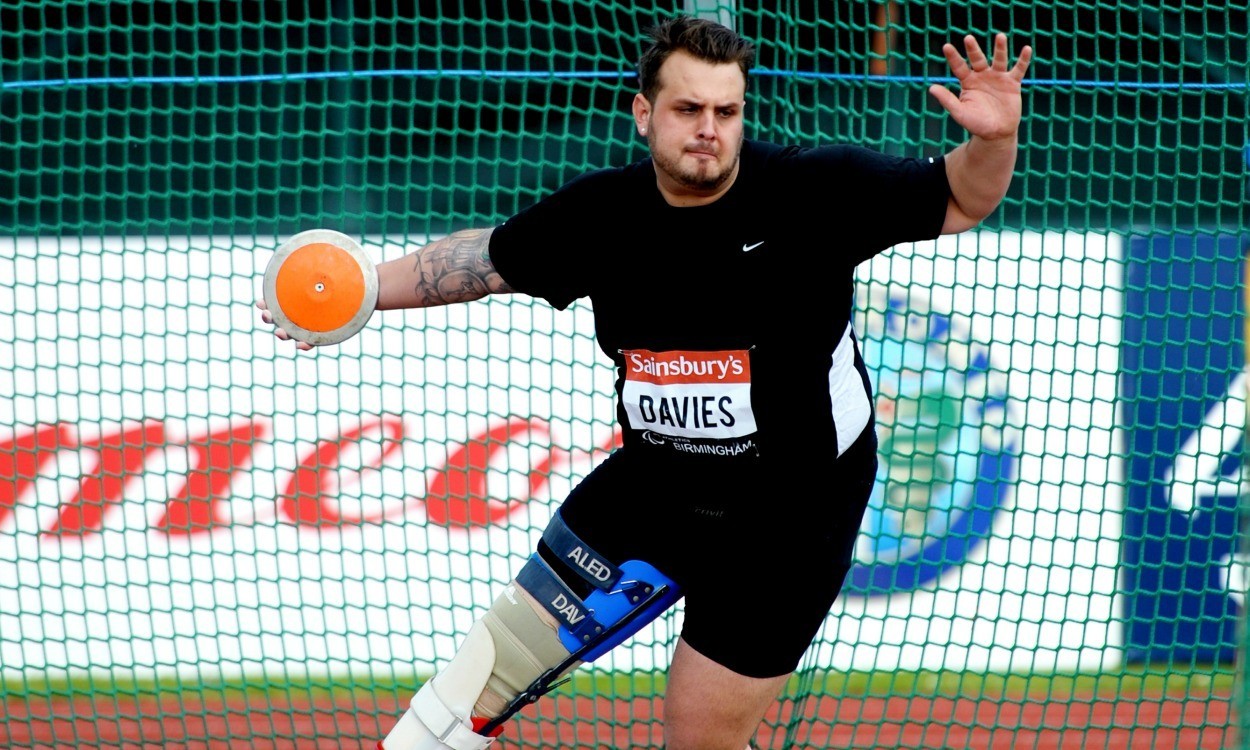 The world and Paralympic champion bettered the previous world best of 47.85m which had been set by Fanie Lombaard of South Africa.

That was despite arriving in Italy late on Friday night due to his involvement with the Queen’s Baton Relay ahead of the Glasgow 2014 Commonwealth Games, which saw him stood at the top of Mount Snowdon.

“It’s been a long day for me, but I still managed to pull out a world record, so I’m very happy with that,” commented Davies. “It’s nice to know that even with the fatigue, there’s a lot more in the bag.

“It’s nice because we’ve changed so much over the winter training-wise and technically as well, so we need to keep pushing those barriers.”

On his aims for the season, he added: “I’m looking forward to beating 50m this year. I know I can do it. I’ve done it in training. It’s just delivering when it matters.”

Later on in the day and Davies added to his discus victory with a 14.39m throw in the men’s shot put F40-46. This follows a world record-breaking throw of 15.13m in the shot by the Welsh athlete in Cardiff earlier this month.

Meanwhile, IPC Athletics has announced that Grosseto is to host the IPC European Championships in 2016.

Around 700 athletes from 40 countries are expected to compete at the event between June 10-16 at the Carlo Zecchini Olympic Stadium, the same venue that has staged an IPC Athletics Grand Prix meeting for the past two years and hosted the 2001 European Junior Championships and the 2004 IAAF World Junior Championships.

“The city has an excellent track record for staging para-sport events, as shown with hosting one leg of the IPC Athletics Grand Prix in 2013 and 2014, and we are hugely confident that this event will be a huge success,” said IPC CEO Xavier Gonzalez.

“The 2012 European Championships provided the perfect stepping stone for many athletes in their preparations for London 2012 and a number went on to add Paralympic titles to their European crowns.

“This is yet another major addition to the rapidly expanding IPC Athletics calendar of events, helping to fulfill our objective of increasing the number of competition opportunities for leading athletes.”

The 2014 European Championships are to be held in Swansea from August 18-23, while Doha, Qatar, is to host the IPC World Championships in November 2015.