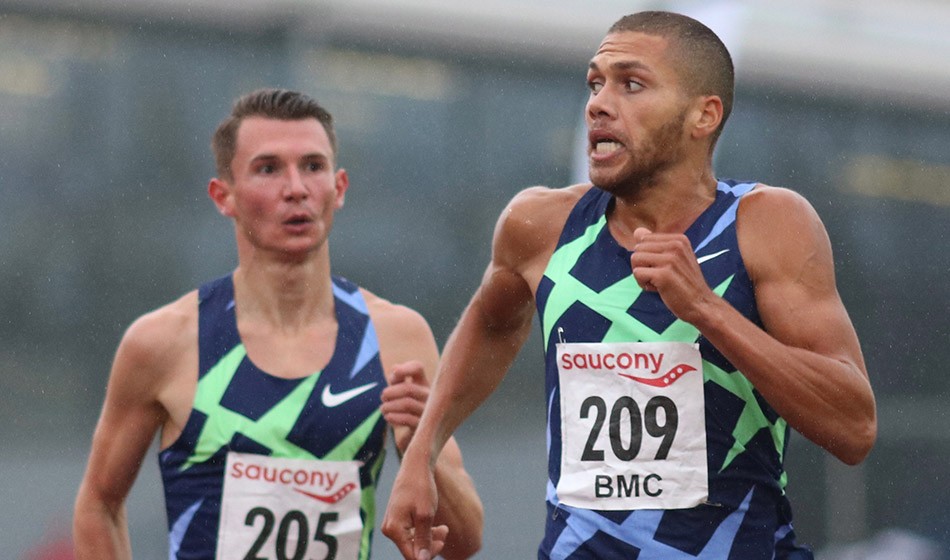 British 800m internationals Adelle Tracey and Elliot Giles were among the winners at the British Milers’ Club Lee Valley Gold Standard meeting on Saturday, with both athletes stepping up to race over 1500m in cool, blustery and damp conditions.

“I’ve not done a 1500m for a while so it was just fun to do something different,” Tracey told British sprinter Laviai Nielsen in a British Milers’ Club post-race interview.

“I was able to finish strong, which was nice.”

Reflecting on the past few months, she added: “Lockdown was really strange for me because I was actually injured for a bit of it. I was really lucky I had a cross trainer so I was inside training like everyone else.

“I started running in May and was back on the track in June when the tracks opened up. So I feel like my prep has been quite condensed but I’m really happy with where I am at, considering.”

The meeting hosted the first UK steeplechase races of the summer, with Ireland’s Jayme Rossiter winning the men’s event in 9:10.7 and Hannah Nuttall the women’s in 10:31.4.

BMC regular Jess Judd was also on the track but this time pacing an under-13 800m girls’ race.

The races were live streamed on the BMC’s Facebook page and can be watched back here.