Why simply showing up can make such a difference 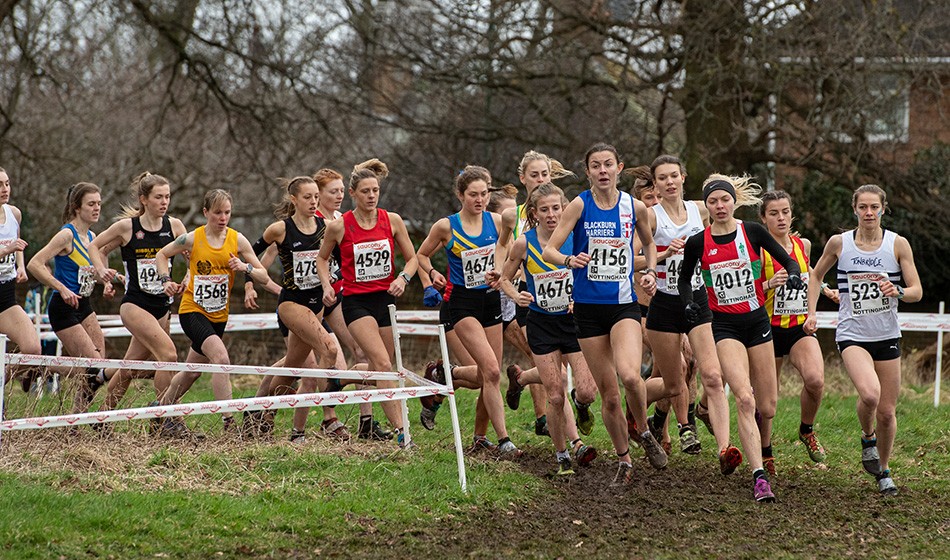 Another eventful and successful weekend of competition has just run its course, with athletics encouragingly continuing a steady return towards some sort of normality.

Recent weeks have provided numerous highlights and impressive performances, but there have been two moments in particular which have stuck in the mind and cut right to the heart of what makes – and should continue to make – the sport tick.

The most recent came last Saturday, from the somewhat unlikely source of the girls’ under-13 800m B race at the British Milers’ Club meeting at Lee Valley.

An image which was shared on social media illustrated a field of aspiring athletes setting off on their two-lap journey, with the two on-track figures closest to the camera painting a particularly uplifting picture.

Lucy Wright of Herne Hill Harriers looks for all the world to be the model of concentration as she takes her first strides, but there’s also an evident extra energy about her which is thanks to the identity of the athlete directly to her right, on pacing duties. 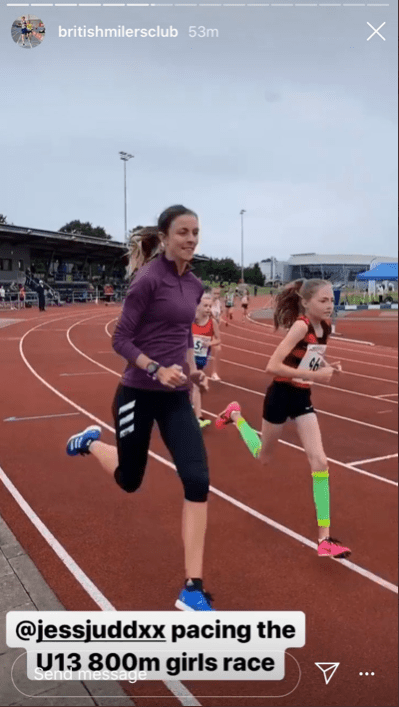 Jess Judd is known for racing a great deal but this was one start line which the British international who has graced a multitude of major championships wasn’t necessarily expected to toe. Yet there she was, leading out the group of youngsters with a broad grin on her face and in the process making a difference for all sorts of reasons.

Judd’s willingness to get involved, to give back to the sport, speaks volumes but isn’t necessarily a surprise. She is one of those athletes who “gets it”, who will support events wherever she can and clearly appreciates the effect which role models can have on those seeking inspiration.

Her mere presence at the meeting would have been noted by those girls but for them to be able share the track and to run with a top international is a memory which live on with them long after the summer is over. It is a power not to be underestimated.

Such things offer a reminder as to how intrinsically linked the grassroots and elite ends of the sport are – and should continue to be. One is greatly helped by the other and vice versa.

Judd is not alone among elite athletes in lending a helping hand, of course, but if her example can help to turn this kind of occurrence into a common practice then we will be in a far healthier place as the comeback from COVID continues.

That simple act of showing up was also the key to the second truly memorable moment of this curtailed competition season, which came during the men’s 1500m at the Irish National Championships.

Thousands have now watched the video of the blood and guts tussle which developed between Sean Tobin and Paul Robinson and continued right to the line, with Robinson ultimately winning by barely the width of a running vest. The unabashed excitement and thrill coming from the commentary simply adds to the occasion, too.

“Tobin and Robinson, Robinson and Tobin… neck and neck, shoulder to shoulder. Who is going to get it?!”

The thrilling battle for @irishathletics 1500m gold is among the performances in our latest results round-up ➡️ https://t.co/1VNLHmtrXT pic.twitter.com/VNnow1xuUZ

The owner of that voice, Cathal Dennehy, is also a rather good writer and spoke with Robinson at length about the comeback story which led to that imagination-capturing battle – the perfect reminder as to why sport in its most simple, raw form is very often the best.

The prize at the end of the story doesn’t happen to everyone but in that article for the Irish Examiner Robinson – referring to the renowned sports psychologist Steve Peters – emphasises that continuing to show up, whatever your pursuit, is the key.

“He said: ‘When it comes to an athlete trying to achieve what they want, I couldn’t really care about motivation. What I care about is commitment.’ For me that meant: it doesn’t matter if I wake up in the morning and feel like I don’t want to run. I’m allowed to feel like I can’t be arsed. But what I am is committed. I’m going to go for the run,” says Robinson.

In short, don’t make it complicated. Keep showing up and keep going.

Robinson then adds: “It is an unbelievable sport. Yeah, we have our highs and our lows, but I’m completely addicted. I said to Sean after: ‘It doesn’t matter (who won). That’s like a 12-round heavyweight boxing match, two lads lashing themselves out of it. Sport is the winner. Athletics is the winner.’”