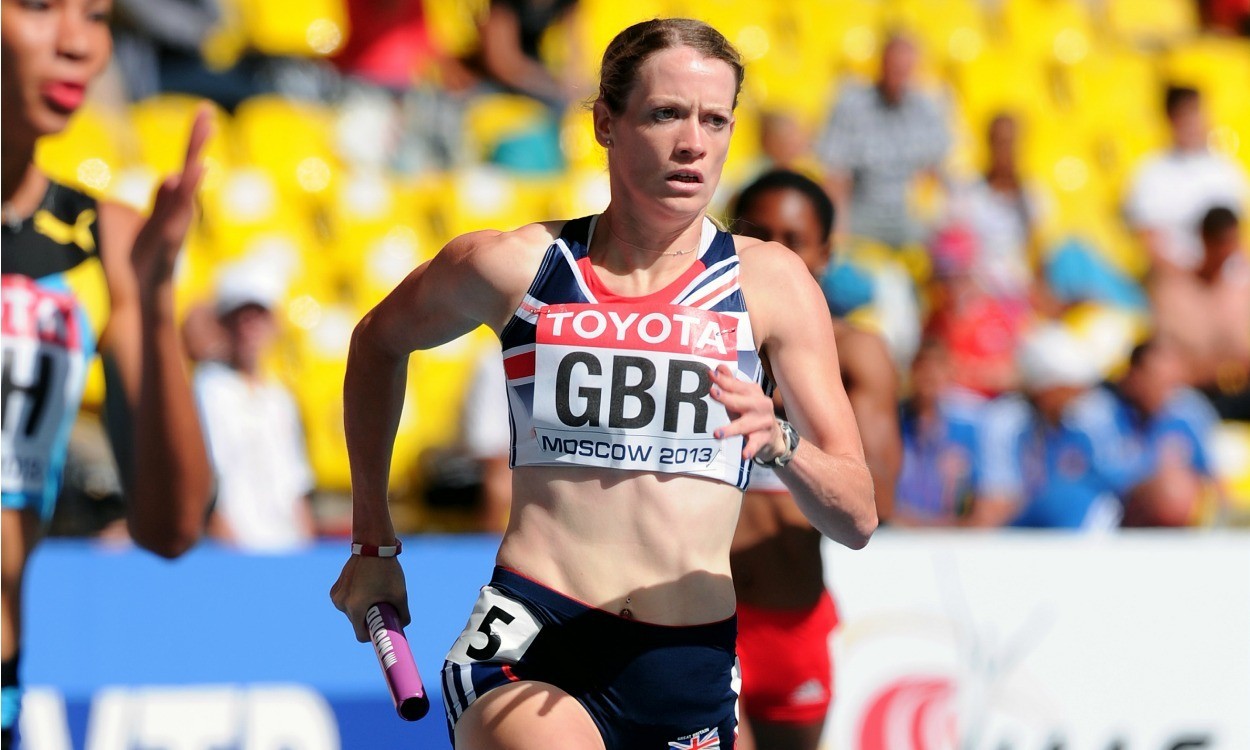 When Neil Black (UKA performance director) called me, my immediate thought was: ‘What’s he phoning me for?’ I had no idea and being asked to captain Team GB and NI for a major event isn’t something you really foresee for yourself.

I was able to tell Brian (Doyle, her boyfriend and former sprinter) and my parents and they were all delighted. I think things like this are very special for your mum and dad after the years of effort they put in to help me become an athlete.

When I did have the chance to reflect on the appointment, I did realise I’ve been around Team GB for quite a few years.

I won my first senior vest at a European Team Champs event in 2009 and then went to the World Champs in Berlin that year. I’d been involved with the under-23s a few times prior to that.

So, I guess, looking around I am one of the more experienced members of the team for Poland!

We are all looking forward to it. The women’s 4x400m relay team are title holders so I guess it is understandable if people think we have a decent chance there.

I don’t have the individual to focus on this time and that is definitely strange for me. But I’m happy with where I am at for now. I felt much better after my run in Birmingham than I did after the trials at Sheffield.

I’d an injury which I didn’t think was affecting me and then, after the trials, I had to spend quite a bit of time talking to my coach, Malcolm Arnold. He helped me and so did the sports psychologist I’ve been working with in recent months.

In the past, after a disappointing race I tended to just want to forget all about it and move on. Now I am looking to learn from every race and I actually did take what had happened in Sheffield into Birmingham.

I am hoping to room with Laura Muir in Sopot – I’ve requested it and she has asked, as well, so hopefully that will happen.

There’s a bit of expectation and profile coming to Laura now after some fine performances but she is a level-headed girl and a very intelligent one. I think she is capable of handling the attention but of course I will help her in any way I can. We roomed together for the first time in Gothenburg last year and we get on well.

I don’t know if there’s anything you get to remember your captaincy – like the armband in football. Often athletes do get a vest or a tracksuit top signed by their team-mates when representing Team GB and I would like to do something like that in Poland as a keepsake.

I regard being asked by British Athletics as a major honour and a nice moment in my career.

» You can find an in-depth preview to the IAAF World Indoor Championships in this week’s AW, out Thursday