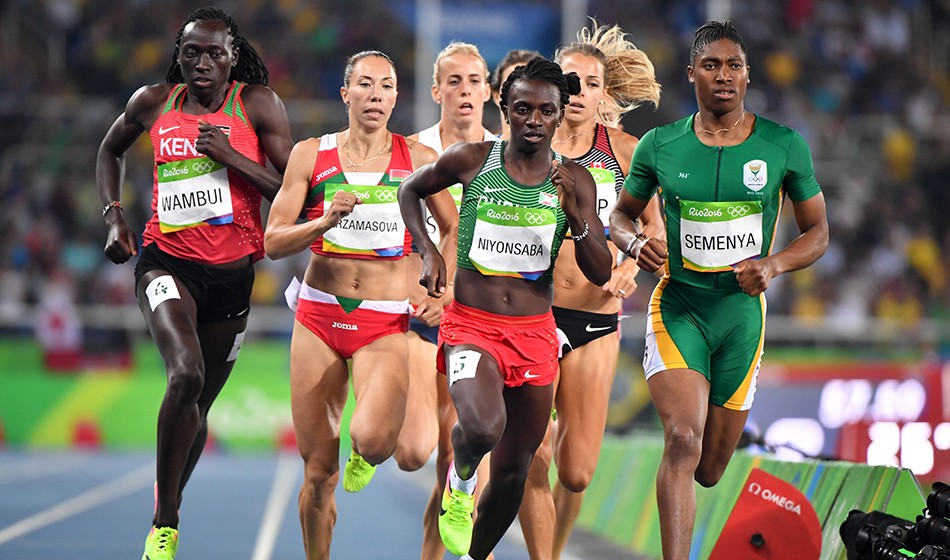 The inclusion of DSD and transgender athletes in sport has been very much to the fore lately. Former international marathon runner Mara Yamauchi gives her view on this emotive and divisive subject

All of us can and should treat everyone with dignity, respect and fairness, regardless of our background. At the same time, facts and science matter, especially in sport.

Sport is performed by human bodies which are one of the two sexes – male or female. Sport is not performed by identities; we don’t, for example, have categories based on religion or voting preference.

To enable safe, fair, and inclusive competition, sport has for decades been divided into categories according to sex, age, weight and type of disability. If these categories did not exist, sport would be overwhelmingly dominated by the one group of people who have the greatest physical abilities – adult, able-bodied males (without weight categories, in certain sports, only the biggest, heaviest males would dominate). The rest of us would rarely, probably never, get a look-in.

So what is the state of play on athletes with Differences in Sex Development (DSDs) and trans athletes? Following the medal sweep of the women’s 800m at the 2016 Rio Olympics by athletes with DSDs, and the subsequent release of World Athletics’ (WA) latest DSD Regulations, upheld by the Court of Arbitration for Sport (CAS), women’s events on both sides of WA’s “Restricted Events” (400m to one mile) ie the 200m, 2000m, 5000m and 10,000m saw athletes with DSDs feature prominently in 2021.

But what struck me most about this issue was the amount of press coverage of it which was misleading, in particular by omitting important facts.

WA’s briefing notes of May 7, 2019 about its DSD Regulations list some of these important facts, including who they apply to: …only “individuals who are: legally female (or intersex) and who have one of a certain number of specified DSDs, which mean that they have: male chromosomes (XY) not female chromosomes (XX), testes not ovaries, circulating testosterone in the male range (7.7 to 29.4 nmol/L) not the (much lower) female range (0.06 to 1.68 nmol/L); and the ability to make use of that testosterone circulating within their bodies…”.

WA has said it will keep these Regulations under review, so it will be interesting to see if they expand them to cover more events (as CAS permitted them to do when it called the Regulations a “living document”). WA states that “Based on the science, the IAAF (now WA) considers that 46 XY DSD athletes would have an advantage in all events …”. Watch this space.

In September of last year, the UK Sports Councils Equality Group issued its Guidance for Transgender Inclusion in Domestic Sport. Its central finding was that safety and fairness for females on the one hand, and inclusion of trans women (whose biological sex is male) in the female category on the other, cannot co-exist, even with testosterone suppression.

It encouraged governing bodies to be creative in finding ways for sport to be welcoming to all (which it should be), while preserving safety and fairness for females.

If you consider the massive physical advantages males have over females (for example, 10-12% in running, 30-50% in strength and up to 160% in punching power) this conclusion is correct. It suggests Open and Female categories as one solution. The report also highlighted the abuse, threats and silencing that people who share this view have suffered. We wait to see if British Athletics will follow this guidance.

In November, the IOC issued its updated framework on this issue. It included statements which are frankly baffling to anyone who understands competitive sport. For example, that there should be “no presumption of advantage” for trans women, even without testosterone suppression. The list of male and female world records alone proves what we all know – that males have physical advantages compared to females as a result of testosterone-driven male puberty.

I had hoped the IOC would show leadership and support for female sport, by stating unequivocally that the female category should be protected for females only. Disappointingly, it contained no such statement. Instead, the IOC passed the buck to the International Federations (IFs) to come up with their own rules. WA responded by saying it was sticking with its 2019 Regulations (which, for trans women, stipulate testosterone suppression below 5nmol/L for 12 months). And now medical experts from multiple IFs, including WA, have criticised the IOC framework as “not scientific or medically-based”.

Gender non-conforming athletes competing in the category of their sex at birth (assuming they are not doping) causes no problems with fairness. Problems do arise, however, where trans women (biological males) wish to compete in the female category. Testosterone suppression is being used as the ‘solution’ here. But research by Dr Emma Hilton and Dr Tommy Lundberg, and over a dozen studies on the effects of testosterone suppression on biological variables relevant to sport, which they reviewed, show consistently that many male physical advantages are largely retained.

Many male advantages cannot be changed at all, such as larger skeleton, skeleton shape and a larger heart and lungs. In the words of sports scientist Dr Ross Tucker “once testosterone has done its work during male puberty, it cannot be undone”.

A key point that deserves highlighting in this debate is the asymmetry between what trans inclusion offers to males and females. Males competing as trans women in the female category can obtain places in Olympic finals, records, a massive shunt up the rankings on leaving the men’s category for the women’s, and other things of value such as scholarships and places on talent pathways.

However, the chances of the opposite happening – a female competing as a trans man in the men’s category – are negligible, possibly zero. For example, the Tokyo men’s marathon qualifying time was 2:11:30, but the women’s world record is 2:14:04 – no female would ever come close to qualifying. Even on testosterone (which is banned under the WADA Code in and out of competition), we know from doping female athletes of the past that doping makes females perform better than non-doping females, but nowhere near as well as males.

In other words, the current campaign to allow trans athletes to compete in the category of their gender identity, in practice, benefits males only (and that comes at the expense of females who are excluded from their own category).