Archie Davis on how to build forward momentum 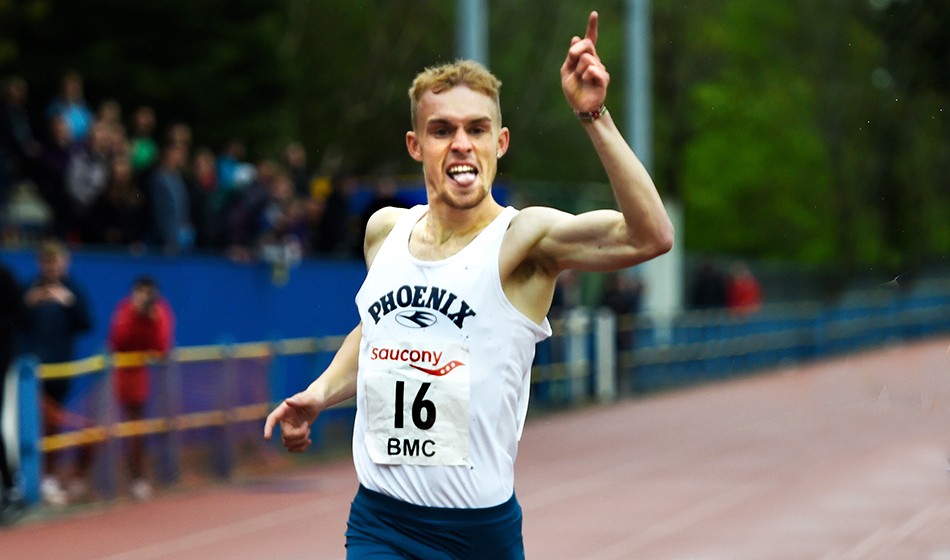 My 2021 has been a whirlwind experience. Two senior Great Britain vests, three PBs in three events and even some races on the other side of the world, writes Archie Davis.

These past 18 months have been a serious challenge for everyone and we’ve all had to find new ways to work, train and compete. I take pride in the way I performed this year, without the access to facilities and travel that some athletes had during the tough winter months.

I want this column to provide reassurance to every athlete out there who isn’t quite at that “elite” level that you can still achieve great things without a high-performance lifestyle.

The secret to my success this year? Keeping it simple.

Back in October 2020 I sat down with my coach, Joel Kidger, to review the year which had just gone. I’d been performing consistently at a good level, but nothing was “great”. Due to a few serious injuries, I’d missed big winter training blocks previously and I still felt as though I was lacking that strength in the last lap of track races.

We decided the main aim for me this year was to focus on my aerobic capacity – if we could see some progression with that, I was confident my performances would improve.

Coincidentally, two of my training partners were attempting to transition from 1500m to 5000m, so Joel suggested we look for an endurance coach to give us some guidance.

We turned to Geoff Watkin – an athletics legend with renowned coaching success from 5km up to the marathon – and he started sharing some of his knowledge on endurance sessions and threshold training.

Looking at Geoff’s session plan was a revelation for me; the threshold work I’d been doing in the past wasn’t like this.

What I needed to be doing was bigger volume and faster active recoveries, with slightly slower paces than I was used to.

It was an exciting time and although Covid meant training alone, I was eager to get to work with a new style of training. Refreshing your training and mixing things up can make a huge difference to your mentality, as long as you sit down with your coach and plan it sensibly.

As we moved into the new year, I was by far the fittest and strongest I’d ever been and I headed into the indoor season happy, healthy and more confident than ever. 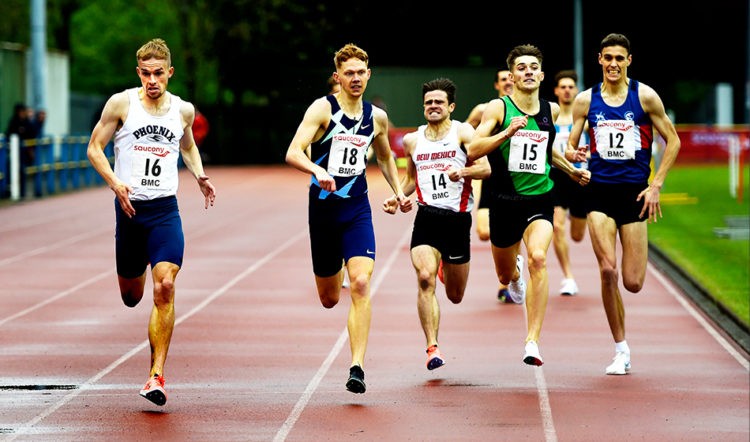 Deciding my own fate

The indoor season changed me as an athlete. A big part of that was down to the guys looking after me at Forte Sports Management. It’s my first year with an agency and they’ve provided me with more than just racing and sponsorship opportunities. One thing I’ve been grateful for is the honest feedback Luke and Danny at Forte give me.

Just before the British Indoor Trials, I spoke with Luke about a race plan. He suggested that I could be doing a lot more to take control of races and make an impact on the end result.

The more I thought about it, the more I realised it was true. If you don’t go into a race with a plan or if you’re always waiting to respond to the moves of other athletes, will you ever really be able to decide your own fate?

By the time the Trials came around, I knew exactly how I wanted to race the 1500m. I went to the front after 700m and kept winding up the pace to test the strength of everyone else.

I led until 50m to go and couldn’t quite hold on to the win, but I’d left it all out there and executed the plan I’d set out. I needed to finish in the top two to gain selection for the European Indoor Championships.

I think I learned more in that race than in anything I’d done previously; the confidence I gained from making that bold decision really helped transform the rest of my year. When I received the call to say I’d been selected for my first senior GB vest, all I could do was think back to that Trials race. Taking risks really can pay off!

The European Indoors in Toruń was a great experience. Although I wasn’t quite able to qualify for the final, competing against world-class runners raised my expectations for the outdoor season.

Moving into the summer, I could sense I was ready for some big performances. Toruń had made me even hungrier to compete and I started feeling like an elite athlete every time I stepped on the track.

We have key sessions we come back to every year so we can compare previous times and the splits I’d started running were way better than anything I’d ever done before.

I’d started looking at making the Olympic team as a realistic goal and although I didn’t quite reach that level I came a lot closer than I ever thought I would.

There were lots of big moments for me throughout the season but my fourth place in the 1500m at the British Olympic Trials and my 1:44.72 800m in Stockholm were two particular highlights.

The top three at the Trials race ended up gaining Olympic selection and, reflecting on that now, I’m very proud to be “the next best” and I believe I can compete for those spots next year.

I’ve learnt valuable lessons and achieved some big goals and I really can’t wait to get back out there and do it all again. We have found a formula that works.

» This article first appeared in the November issue of AW magazine, which you can buy here