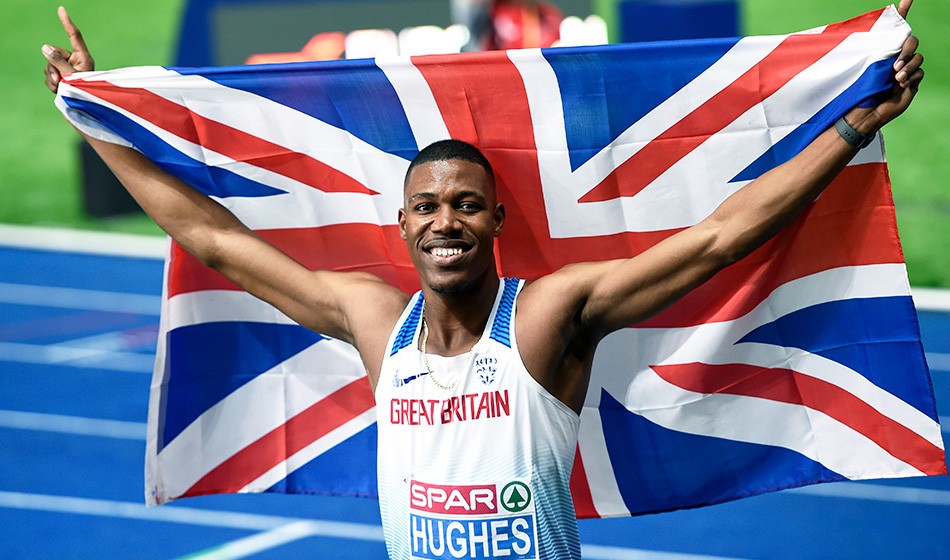 Zharnel Hughes says last summer, which featured a European 100m title win and a PB of 9.91, was just “the tip of the iceberg” and has left him hungry for more.

The 24-year-old clocked 9.95 in Berlin to secure the first major individual gold of his senior career and he is now dreaming of a double in Doha as he looks to add world and then Olympic success to his continental triumph.

“Getting that gold medal was a surreal feeling, it was something that I’ve always dreamt about,” said Hughes, who also formed part of the winning GB and England 4x100m teams at the European Championships and Commonwealth Games in 2018.

“It can only get better. It makes me more hungry to achieve world championships golds and Olympic golds and to see what that feels like.

“Last season was just the tip of the iceberg,” adds the Jamaica-based sprinter, whose 100m best places him joint second behind Linford Christie on the UK all-time list. “It makes me more hungry but I try not to dwell too much on the past. This season is a whole different ball game.” 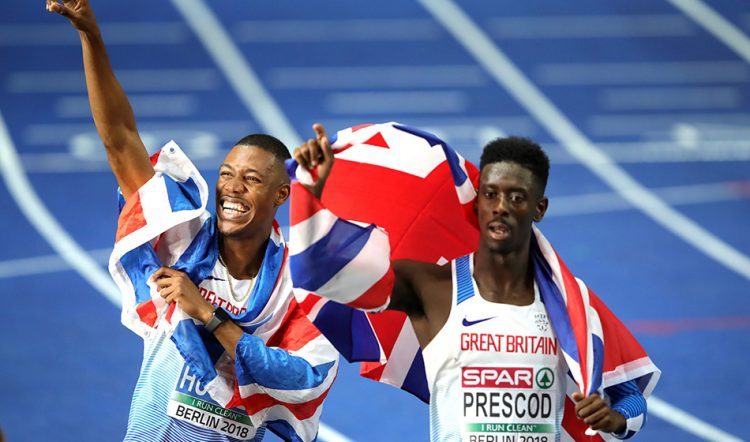 “I’m just trying my best to stay focused and get my execution done, that’s the main focus going into the race this weekend,” says Hughes ahead of the Müller Anniversary Games. “It’s not really about times, it’s not really about winning the race. Once you execute, things will come together and I’ll get the victory.

“I’m always excited to run in the London Stadium. It’s iconic. Each time you step out there, it’s sensational the feeling you get from the crowd.”

With his season’s best of 9.97 putting him joint top of this summer’s UK rankings so far, and with that European title and 9.91 PB to his name, Hughes knows he’s a target when it comes to domestic battles and is considering running both the 100m and the 200m at the British Championships in Birmingham next month as he aims to contest both events at the World Championships.

“The times I have been running so far, it’s definitely not where I want to be,” he says. “I know I’m ahead of that, it’s just that I’ve been messing up my execution a bit.

“I do know that the guys are looking at me because I won the European Championships last season and I’m running consistent nine seconds, so I’ve definitely become a target.

“The focus is to better my time leading up toward the championships. Once I get that done it gives me more confidence than I already have. Once I get through trials and all goes well, I’m healthy – I get to Doha and I just need to do what I need to do.”

» Tickets for the Müller Anniversary Games are on sale at theticketfactory.com/british-athletics/online