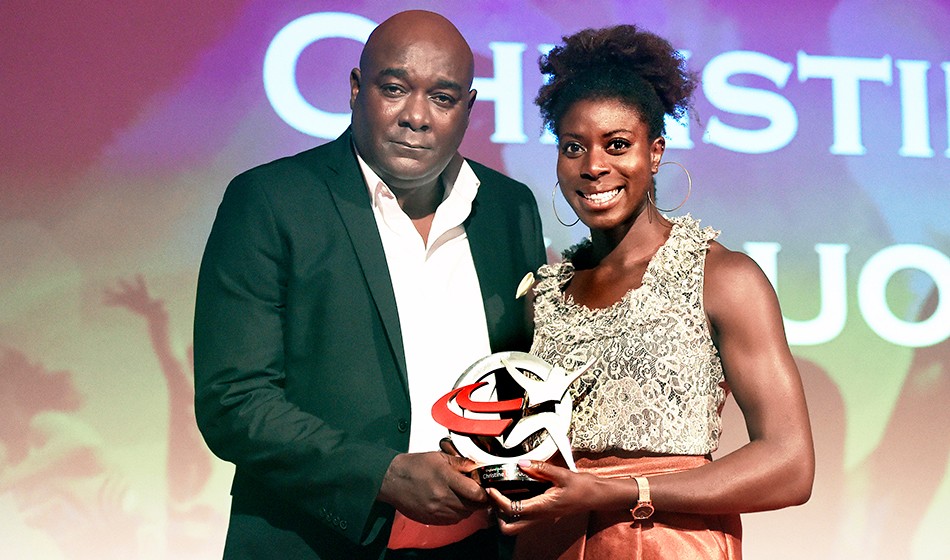 Lloyd Cowan, one of the most popular and successful coaches in British athletics, has died aged 58.

As an athlete, he was one of the nation’s top hurdlers but it was as a coach that Cowan really made a name for himself, guiding Christine Ohuruogu to world and Olympic titles and Andy Turner to European and Commonwealth crowns.

Based in north London, he also guided his son, Dwayne, to become one of Britain’s best 400m runners in recent years. Many more benefited from his coaching and his achievements were recognised with an MBE in 2015, whereas in 2013 he was awarded the prestigious Ron Pickering Memorial Award for Services to Athletics.

Born July 8, 1962, Cowan won bronze medals three times at the AAA Championships in the sprint hurdles in the 1990s in a high-quality event dominated by Colin Jackson and Tony Jarrett at the time. In addition, he won the South of England title three times and made the England team for the Commonwealth Games in 1994.

Part of the John Isaacs sprints squad at Haringey, his best time for 110m hurdles of 13.75 was achieved in Brussels in 1994. The following year at Crystal Palace he clocked a 400m hurdles PB of 50.79.

He will be best known, though, for guiding Ohuruogu to firstly the Commonwealth 400m title in Melbourne in 2006 followed by global gold in Osaka 2007 in a dramatically close victory over Nicola Sanders and then Olympic gold in Beijing in 2008. 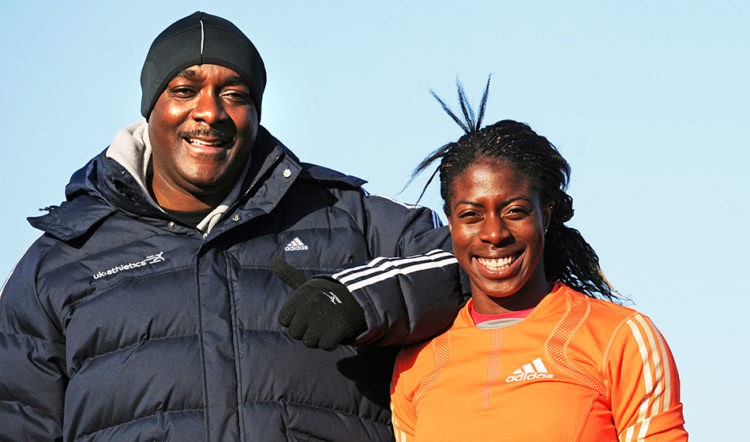 Lloyd Cowan with Christine Ohuruogu at Lee Valley in 2008. Photo by Mark Shearman

At London 2012 he guided Ohuruogu to silver before then helping her retain her world title 12 months later in Moscow. Cowan was known for his intuitive style of coaching and Ohuruogu told The Times last year: “The new breed of coaches are more like scientists but he (Cowan) was one of those who saw sport as an art.

“Lloyd never went to the Olympic Games or the World Championships but he had this way of being that meant he was the only person I would listen to. Nobody could get in my head like he could.”

In 2013 Cowan was appointed lead sprints coach by UK Athletics. An MBE from the Queen followed two years later and this week many of his former athletes and fellow coaches have taken to social media to pay their respects.

Turner, who Cowan coached to European and Commonwealth 110m hurdles titles in 2010, said: “Heartbroken, absolutely heartbroken to hear that my coach Lloyd Cowan had passed away. 12 good years with this man, I owe him everything. Gutted.”

A really sad start to the athletics’ year – a great coach, mentor and team mate. A massive loss to the sport … https://t.co/nN0kDGU4ym

While world 200m champion Dina Asher-Smith said: “Today is a very sad day for our community. Heartbreaking news. God bless you Lloyd. You changed so many peoples lives, brought light and laughter to even more. We were so blessed to have known you and to have been a part of your story. Such a wonderful, generous and hilarious man.

“There aren’t enough superlatives and we will miss you so, so much. Champs will never be the same. My mum often left him ‘in loco parentis’ on my early trips as a senior. My thoughts are with his family, friends and of course his athletes at this tough time. Rest in peace Lloyd.”

Linford Christie offered an emotional response when he tweeted: “The world of track lost another family member today, and it hurt more than I could have ever imagined. RIP Lloyd Cowan. The space you left cannot be filled. My condolences to all who knew and loved you.”

An emotional message was also posted by sprinter Bianca Williams, who wrote: “My heart is broken. You would light up every room you walked in. You changed my life, I am so grateful for you.”

My heart is broken. You would light up every room you walked in. You changed my life, I am so grateful for you.❤️❤️🕊🕊 pic.twitter.com/CNz0jHxoTq

Shaun Pickering from the Ron Pickering Memorial Fund said: “So sorry to hear of the passing of inspirational coach Lloyd Cowan, a friend for over 40 years as part of the Haringey/New River Family as junior athletes. I was pleased to be able to award him with the BAWA Ron Pickering Trophy for Services to Athletics in 2013. RIP Lloyd.”

While Olympic, world, European and Commonwealth long jump gold medallist Greg Rutherford commented: “Gutted to hear Lloyd Cowan has passed away. He was a massive personality and so helpful to so many (including myself) when coming through the ranks. Never again will I hear ‘Ruddy’ shouted in his distinctive voice and his big smile when meeting. RIP Lloydy Lloyd.”

Heptathlon star Dame Jessica Ennis-Hill wrote: “Absolutely gutted and so sad to read the news about Lloyd Cowan. I have so many great memories of spending time with Lloyd on training camps and at champs. He always believed in me and gave me some great advice and coaching tips along the way in the hurdles. Pure passion in what he did!”

The 400m runner Martyn Rooney added to the tributes by saying: “RIP Lloyd Cowan MBE – always a good man, looked after me on the circuit through my youth and always there for guidance if I needed it. Best wishes to Dwayne and the rest of your family.”

Whereas Leon Baptiste, the former Commonwealth 200m champion turned coach, added: “Sad news. We lost one of our most successful British coaches. Lloyd had a huge influence in my athletic and coaching career so I will forever be grateful. Condolences to his family and athletes RIP.”