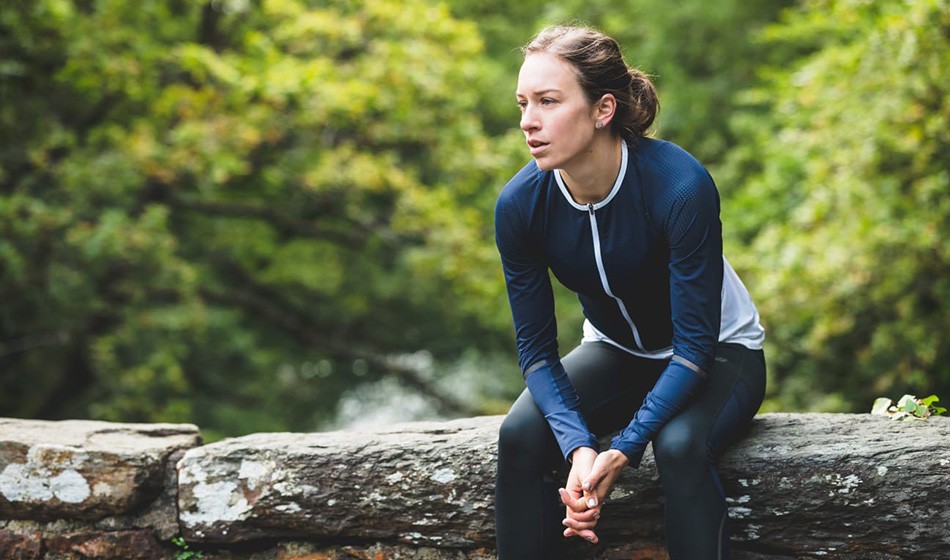 British 10,000m champion’s successful year has laid the groundwork ahead of her Tokyo targets

Steph Twell describes her year in three words: ‘Organic, intuitive and liberating’. “I had to go a lot more with the flow, be very intuitive with what I know about myself and it was just quite liberating, being quite free.”

Her methods have clearly worked. When we meet for coffee and cake in the historic market town of Farnham in Surrey, Twell is enjoying a well-deserved break and the chance to reflect on a series of successes. It has been a busy year and she is expecting more of the same in 2020, so the Aldershot, Farnham & District athlete is making the most of time with family and friends before her focus fully turns to Tokyo.

When it comes to what would be her third Olympic Games, Twell’s ambition to double up in the 10,000m and marathon has been complicated by plans to move the road events to Sapporo 800km away due to heat concerns. But while the finer details are yet to be decided, the 30-year-old knows that her foundations have been well laid this year, with confidence that there is much more to come, too.

Self-coached since spring, Twell guided herself to victory at the Highgate Night of the 10,000m PBs, clocking 31:08.13 for a PB which ranks her sixth on the UK all-time list. She then ran a half-marathon PB of 70:51 at the Simplyhealth Great North Run. Making her international debut over 10,000m, she finished 15th at the IAAF World Championships in Doha before returning to the roads and setting a Scottish marathon record in Frankfurt just one month later.

Her time of 2:26:40 in only her second ever marathon was also an Olympic qualifying mark as she improved on the 2:30:11 run on her debut in Valencia last December. It took 12 seconds off Liz McColgan’s 22-year-old Scottish record and moved her from 23rd to then fifth on the British all-time rankings, behind only Paula Radcliffe, Mara Yamauchi, Charlie Purdue and Veronique Marot.

Twell’s performance in Germany helped to build belief in her marathon ability and confirmed that the work she had done had been right for her.

“It was super fun, a relaxed environment and a solid performance – I think there’s more to come” – Steph Twell on her 2:26:40 marathon

“Before I might have thought ‘is this the event for me?’ or ‘is this the distance that I want to continue to sign myself up to?’ Because it’s a big investment!” says Twell.

“Some people told me it was a distraction to have Doha and I still decided I don’t believe what you think, I believe this is right for me.

“People said if I did more mileage maybe I could have had a bigger performance. But for me, my marathon career is still in its infancy and I feel that’s the right way to be about marathon training.

“It was super fun, a relaxed environment and a solid performance – I think there’s more to come.”

On racing the Doha 10,000m just a month before the Frankfurt Marathon, she adds: “I always saw that as quite a feasible option, after seeing the likes of Americans such as Emily Sisson and Molly Huddle doing that in Stanford and then London. I was really inspired by that. I couldn’t quite shift that out of my mindset.

“In the back of my head it was definitely a niggling unknown as to what my potential over 10km would be. I haven’t necessarily fully concentrated on thinking I’m a 10km runner yet but there was that unknown niggling in the background, thinking ‘what if’?”

Twell was a teenager when she made her Olympic debut in the 1500m at the 2008 Beijing Games, with that performance coming the month after her world junior gold.

She always knew that she would end up as a marathoner, however, thanks in part to her first coach, Mick Woods.

“I think the really good thing when I was coached by Mick was that he always planted that seed in my mind that I could one day be a good marathon runner, so I’m really grateful to him for letting me believe that,” she says.

“The early years of his coaching probably have stood me in good stead for being the athlete that can tolerate training. Because that’s the hardest bit – it’s not the actual race, it’s tolerating the repeated load of the week-to-week mileage. 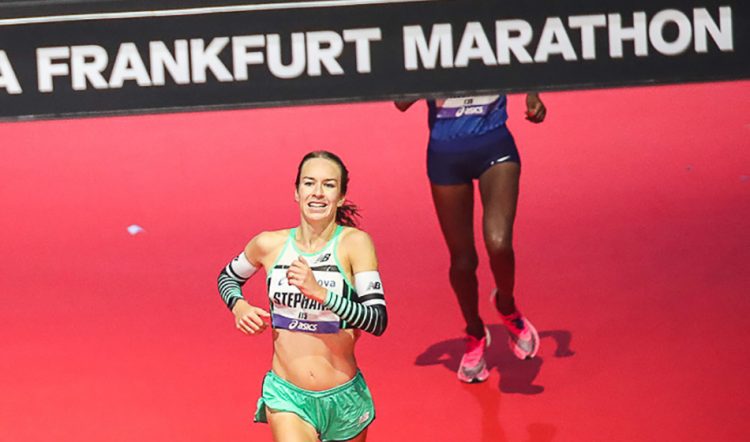 After working with Woods, Twell was guided by Geoff Wightman – father and coach to European and Commonwealth medallist Jake – before deciding to take matters into her own hands.

Now she has support from a small group, including physiologist Charlie Pedlar, physio Alex O’Gorman and her husband Joe Morwood, a 2:20:52 marathoner who paced her in Frankfurt (“I’d give him about a seven out of 10!”), but she enjoys being her own boss.

“I have turned ‘me’ into ‘we’,” she says. “Because at first it did feel like I was starting from scratch, just me going with my gut. I thought, who can I bring along on this journey with me because I’m going to need to tap into some knowledge?

“Early on I actually decided to look on The Power of 10 at all of our British history. I looked at Paula Radcliffe’s data, Mara Yamauchi’s data, Jo Pavey’s data. I looked at Callum Hawkins’ data for some male reflections as well and just tried to join the dots – what was their natural progression?”

General conversations with the likes of Yamauchi and Robert Hawkins, coach and father to Callum, followed.

“I tapped into a bit of informal knowledge and very broad, general questions like ‘what’s a typical marathon mileage?’ That sounds crazy but when you’re already in a coaching relationship you automatically fall into the belief system of that coach and I wasn’t able to question other people’s views which would align more with my own.”

On the lessons she has learned about the 26.2-mile event so far, she says: “Not to predict pain. To have an open mind as your body can do amazing things.

“I was expecting to feel tired at certain points but I had already planned that I was going to be tired rather than actually feeling tired, because your body responds to the fitness.

“There’s so much to learn about it but it can also be very simple as well. It’s that beauty of the juxtaposition of overthinking and learning everything but also keeping it very simple.”

“Have an open mind as your body can do amazing things”

Her advice to those considering self-coaching is to not be afraid to ask questions but also to listen to your own body and mind. “Try to stay balanced in taking advice but also knowing what works for you because deep down I think you know,” she adds.

While Twell’s development in athletics has seen her step up in distance, her career away from the track and road has also evolved. She qualified as a teacher after the Rio Olympics, where she raced the 5000m, and was later headhunted by her local council to devise a family fun running club.

“We’re trying to maintain healthy weights in our borough,” she says. “I think I’m an example of someone who understands the importance of physical literacy from a young age and to try and create an aspirational intervention for the community is so important.

“Running is the most simplistic entry to any sport. For me, it’s huge. I get to design the programme, I get to engage in my local community and now I’m evaluating it on behalf of the council for Public Health England, which is fantastic and I’m feeling so proud of it.”

When it comes to her own next steps in athletics, Twell intends to return to competition with some low-key cross country races before deciding on her Tokyo plan.

“I would love to double,” she says. “If it was a possibility, I absolutely think that we should. We only have a history of Paula Radcliffe trying it in Athens but many European athletes do it. I actually do believe people are probably in the shape of their lives after the marathon, if they recover and come out of it with a positive experience.

“People might say that might sacrifice your ultimate performance but I’ve also got to be realistic about my competition. Maybe I might not be one of the top three but I’d like to have the best impact I can for Britain, that’s my key aim. If I can then be top European that would be fantastic, and then as close as I can to winning a race would be amazing.

“I’ve just got to be realistic about what impact I can have but I’ll only really find that out closer to the time and that will be based on the world rankings and people’s performances. I’m going to have to keep my cards close to my chest.”

For now, Twell knows what she needs to do.

“It’s really enormous actually that I’ve laid these foundations so well,” she says. “I’m feeling super pleased with the position I’m in at the moment. I’m where I want to be, really.

“I’ve just got to get my head down this year and stay happy and healthy – that’s the foundations for a big year.

“A fast runner is a happy runner so that’s what I’ve got to do.”