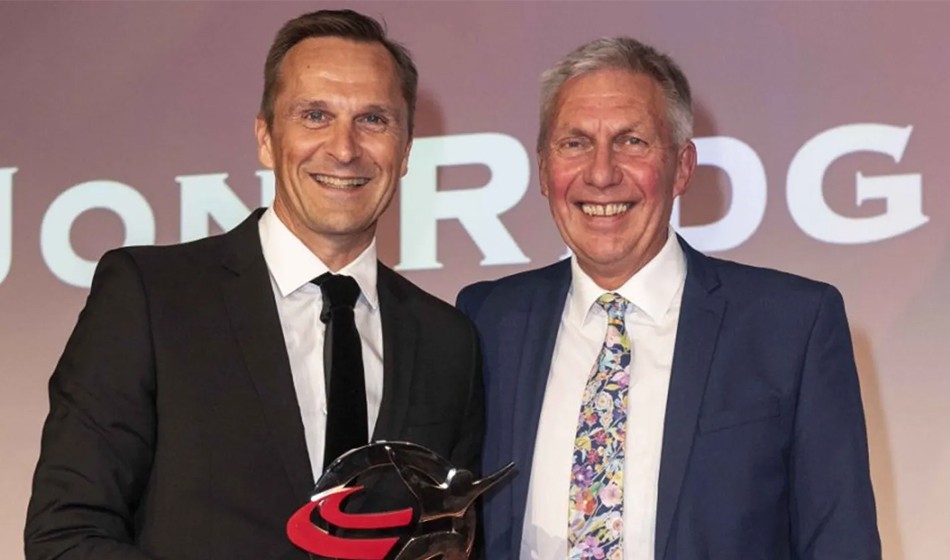 World Athletics CEO Jon Ridgeon, who won a world silver medal in the 110m hurdles in 1987 and competed for Great Britain at the 1988 and 1996 Olympics, was one of eight athletes added to England Athletics’ Hall of Fame, on an evening when the sport’s athletes and volunteers were honoured at the Hilton Birmingham Metropole (October 15).

Ridgeon also co-founded a sports marketing agency called Fast Track and has since gone on to work as CEO for World Athletics.

“It is wonderful to be in a room full of inspirational people who are so passionate about the sport,” he told England Athletics. “On my table is my coach Mike Whittingham who made an enormous contribution to my development. Since retiring, I have had some wonderful roles in sport and to work at World Athletics is a great privilege.”

Another athlete who picked up their award in person on the night was Olympic and high jump bronze medallist Steve Smith. In 1996, the Liverpudlian became Britain’s first Olympic high jump medallist since Con Leahy in 1908. Smith’s personal best of 2.38m, set indoors in 1994, still stands as the British record.

First up this evening, we will be joined by Shaun Pickering to present the winners of the @RunforRon Athlete of the Year Awards. The Ron Pickering Memorial Fund supports aspiring young athletes who have shown their dedication to the sport 👏🤩 pic.twitter.com/4eFl4psY4r

Meanwhile, Jeremiah Azu, Yemi Mary John and Cleo Agyepong – all who won major medals at either senior or junior level this past summer – were crowned England under-23, under-20 and under-18 athletes of the year respectively.

Rising 800m stars Ethan Hussey and Abigail Ives, the former winning world under-20 bronze over the distance in Colombia earlier this year, picked up deserving awards.

Coaches Paul Head and the husband and wife team of Chris and Sonia McGeorge were also honoured.

Although Strickler was away training, Lincoln, McLean and Paul were present. The awards were decided based on the best results on performance tables in the male track, male field, female track and female field performances.

Lincoln was named the best male field performer of the year for his 19.73m shot put, representing Shaftesbury Barnet Harriers in May. It is the second year in a row he has claimed the honour. 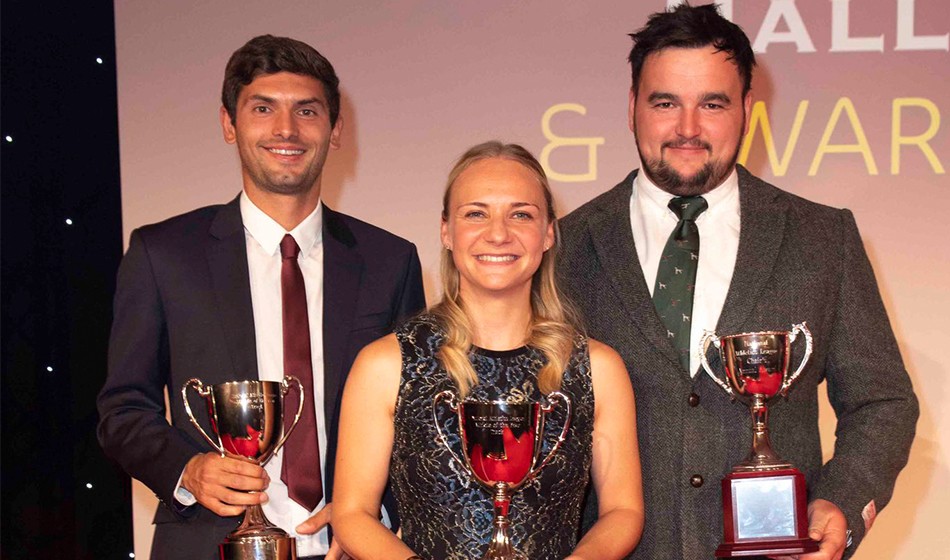 Likewise, Strickler claimed the female field performance of the season again. She had a best result of 17.70m at the Hendon third-round match on one of her three appearances for TVH this season.

Paul was male athlete of the year with his 49.89 for the 400m hurdles at the Manchester Regional Arena opening match for Windsor, Slough, Eton & Hounslow. It was one of two appearances he made in the league in his build-up to competing for Great Britain at the European Championships.

Fellow one-lap hurdler McLean was recognised as the female track athlete of a season. She raced eight times individually in various events for Shaftesbury, topped by her 56.46 over 400m in the third round at Hendon.

“It was as an honour to follow in the footsteps of both my training partners, Chris McAlister and Jessie Knight, who won the awards last year,” Paul said. “It really does mean a lot to us to compete for our clubs at the NAL. It’s amazing to compete as part of a team, and my club Windsor, Slough, Eton & Hounslow are incredibly supportive.

“Competing in Manchester at the NAL in 2022 was a really key part of my season, it was the fastest time I’d ran since 2019 due to a serious Achilles injury disrupting my 2020 and 2021 season. Running sub-50s again gave me a lot of confidence and something to build on throughout the rest of the season.”

He says he plans to compete in two NAL matches in 2023.

“In my event in particular we have a really strong group of athletes a competing against each other, I think it’s really important to have that high level of competition within the UK,” he added.

McLean likewise recognised the part played by the NAL in a season in which she reached the semi-final at the Europeans.

“It was such a lovely evening hosted by England Athletics that celebrated such amazing talent with a wide range of people, from athletes to officials,” she said. “NAL fixtures are among the first to go in my competition diary, as I very much enjoy the team aspect with SBH when competing. They will be definitely featuring in my 2023 plans. The competition in the NAL is at a very high standard, as well as the venues, which have all contributed to me running quick times this year.”

Thames Valley were also celebrated for the defence of their Premiership trophy, which came after four match wins. Women’s team captain Alex Mundell and hurdler Jess Tappin were among several athletes presented with the silverware.