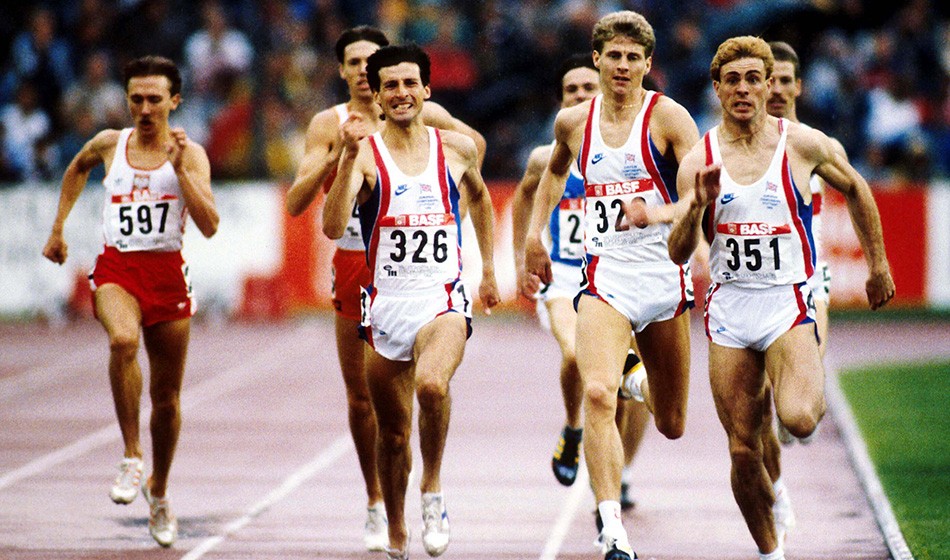 World Athletics president and double Olympic champion would be driven by his love of competition if faced with a summer featuring world, European and Commonwealth opportunities

As the World Athletics president, Seb Coe is highly anticipating the summer of 2022 as an opportunity to showcase the sport on three separate major occasions, with the World Championships, European Championships and Commonwealth Games now all set to star within a six-week window.

As an athlete, the two-time Olympic champion says he would have felt a similar thrill about the prospect of targeting an unprecedented treble.

Due to the postponement of the Tokyo 2020 Games because of the coronavirus pandemic, the World Athletics Championships in Oregon, originally scheduled for August 6-15 in 2021, will also move back a year. This creates what Coe has described as “a bonanza for athletics fans around the world”, with the global athletics showpiece now slated for July 15-24, to be closely followed by the Commonwealth Games in Birmingham and the European Championships in Munich in 2022.

While recognising that the proximity of the events will not work for all athletes, he believes that many will be able to plan and prepare to make the treble target a possibility, should they wish.

Asked by AW if he would have relished the opportunity to have such a treble in one year to aim for, Coe replied: “Yes, because I love competition.

“Training was what I did to compete. Competition was what I woke up in the morning for. I wasn’t sitting there getting excited about doing 120 miles a week on the road and tonnes of steel in the gym, that’s what I had to do to be the best I could be in competition.

“It is competitions that excite athletes and if they are not excited about the competitions then they are probably not going to be the ones that are making those judgements anyway.”

Reflecting on his own career, which included his two Olympic 1500m wins in 1980 (pictured, below) and 1984 as well as European 800m glory in 1986 (pictured, top), he added: “This isn’t just about rearranging one season for another. The good athletes and the athletes in really good coaching structures have probably got the sequence of their own events not for one season or even two seasons, they have probably got that in at least a four-year cycle.

“In my case, I was working with a coaching team that were working eight years out. When I was watching the 1976 Games on television, which I actually only missed by one place in the trials, my coaching team then were working with a sequence of programmes and events and training loads that would take me through to 1984. I think they were privately hoping that they didn’t have to go on beyond 1984. I probably disappointed them somewhat!” 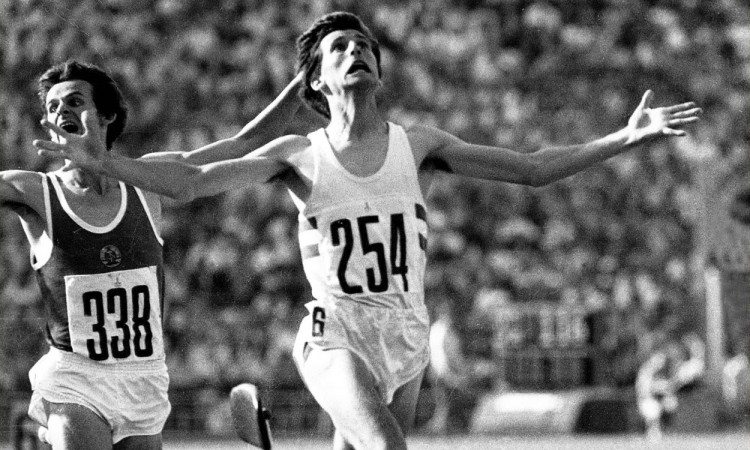 That planning would ultimately also help Coe to his own version of a treble when, in the summer of 1979 aged 22, he achieved a world record-breaking spree that saw him set new marks for the 800m, 1500m and mile all within 41 days.

At major championships level, the Los Angeles Olympic schedule in 1984 required him to race seven times in nine days as he secured 800m silver before retaining his 1500m title.

“Some may want to try and do all the events, others may not,” Coe said. “There are things that will take place around the (world championships) timetable that will squeeze out a little bit more time for the athletes,” he added, addressing the 2022 calendar, “but ultimately the athletes will be sitting there with their coaches looking at this and going ‘well can this be done or can’t it be done?’ But I think we have given them the best opportunity, given the extraordinary circumstances, to be able to at least countenance that.”

Britain’s world 200m champion Dina Asher-Smith is among the athletes Coe believes is capable of such a feat.

“I recognise, of course, it is slightly horses for courses here,” he said. “For endurance-based and multi-eventers, it’s probably more of a challenge going through all three of them. It may be easier to go through that at some of the shorter distances than it would be to try and replicate a 10km in each one of those.

“But clearly Dina (could target a treble) and some of the highest profile places in our sport at the moment are actually in the multi events. Obviously you don’t need to look too much further than our own KJT (Katarina Johnson-Thompson) to see that as well.

“Also, he’s not a Commonwealth athlete, but we’ve got the opportunity to see somebody like Mondo (Duplantis) competing twice, so there are some athletes that are going to get a lot of air time and that can only be a good thing for the sport.”

At a time of such uncertainty, Coe and World Athletics had been among those to push for postponement of the Tokyo Games, conscious of the impact it could have on athletes who were trying to continue to train despite increased restrictions and health risks.

“It just became impossible for so many of the world’s athletes,” he said. “Not just about using public facilities or gyms and things like that, it was actually that many of them weren’t actually allowed to leave their houses and we just wanted to take them out of that turmoil.

“The last thing we wanted to be sort of encouraging them to do was either to disobey government edict or public health authority guidelines and also, not only putting themselves at risk, but by implication their families and children and grandparents and parents.”

Providing clarity on new event dates and qualification was also important and Coe shared more insight into World Athletics’ decision to suspend the Olympic qualification period until the start of December, which has received mixed reaction from athletes and fans.

“Our ambition is to give every opportunity for athletes to get back into competition as soon as is safe for them and safe for those communities to be able to stage them,” explained the world governing body’s president.

“But I also recognise that even if they are able to get back into competition, there are other strictures, international travel bans, that still may be causing them massive difficulty. We consulted widely on this one, we really did. And we were guided in large part here also, as was my Council and the area presidents, by the views of the athletes who in majority felt that they didn’t want to be trying to come back into competition at the same time as worrying about qualification.

“It’s a difficult balance to strike and again, I’m very happy to openly say that there are no perfect solutions here.

“There are other considerations as well,” he continued. “We wanted to preserve the fairness of the process, but we wanted to recognise that athletes will be coming back into competition at different stages. There will be travel restrictions and I think they’re going to be in place for quite some time.

“And also, we do have to take this into consideration – I don’t want athletes to think there’s a dope-test-free zone out there. But we do recognise that there are some challenges in maintaining the widespread nature of those testing situations. So for all those reasons, I think this is probably a proportionate response and it’s one that the majority of the athletes recommended to the Council.”

On dealing with the uncertainty over the Games, he added: “The most important thing we wanted to achieve for the athletes was certainty, which is why we wrote to the International Olympic Committee. I wanted certainty that we weren’t prolonging the agony of putting them into environments that were either unsafe or just simply frustrating and they could see that opportunity evaporating and worse than that, we were possibly putting them into a dangerous environment.

“The second issue we wanted was to then get certainty around the dates and the timings of those events, bearing in mind two of those events, the Commonwealth Games and the European Championships, have actually had their dates in place for four years. We were, in a way, trying to figure out how we could intrude on an existing season.

“And then, of course, wanting to give them certainty around qualification so that they weren’t sitting there fretting that a handful of athletes somewhere in the world that are able to compete and have events still going, or maybe have events going earlier than others, would be grabbing the Olympic qualification places while others were still not even able to leave the country because of airline restrictions. So all those things were really aimed at giving clarity and certainty to the athletes as quickly as we possibly could.”

Coe himself experienced some uncertainty in the lead up to an Olympics during his career but when asked about his approach to the boycott-affected Moscow 1980 Games, Coe said: “When I look back to 1980, yes, it was uncertain.

“There is a fundamental difference, though. I don’t begin to equate the uncertainty I had with the uncertainty that athletes had in the lead up to the Tokyo decision. Yes, I ran around the streets of Sheffield and the beautiful countryside around my city with the niggling uncertainty that this may or may not be coming to fruition in a few months’ time, but at no stage did I take a step out of my front door thinking I was likely to infect myself and, worse than that, come back and risk infecting my family and my loved ones.

“So I can absolutely share the concern about uncertainty, but I don’t remotely put the position that athletes were in during the lead-up to the 1980 Games with anything that the athletes are going through here.”

» Keep an eye on athleticsweekly.com for more from an interview with Seb Coe