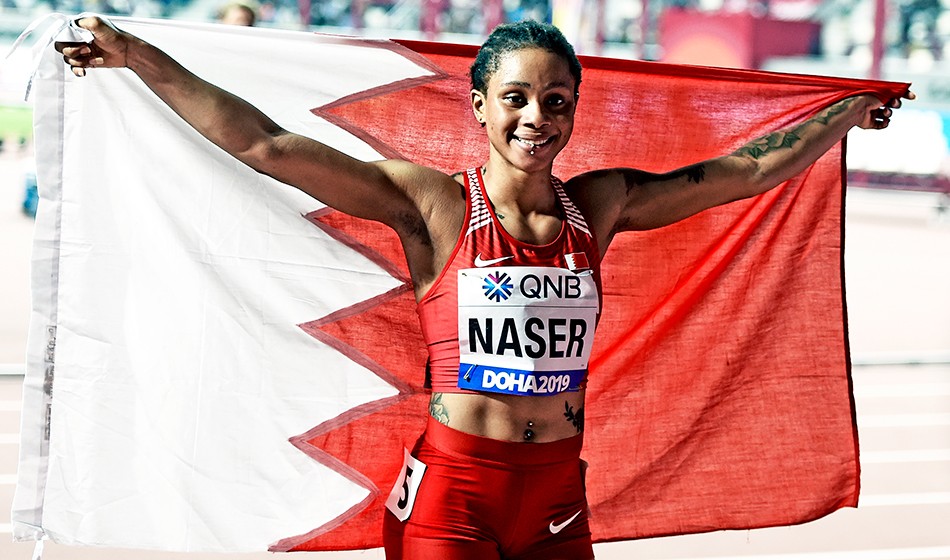 World 400m champion Salwa Eid Naser has been cleared of doping charges that could have kept her out of the Tokyo Olympics.

The Nigerian-born Bahrain athlete ran the third fastest time in history of 48.14 to post a shock win over Shaunae Miller-Uibo at the World Championships in Doha 12 months ago but in June this year she was provisionally suspended for missing three drugs tests over a 12-month period in the lead-up to Doha.

If the Olympics had taken place as planned in 2020 she would have missed them, but the 22-year-old now has the chance to go for gold in Tokyo at the rescheduled Games next year after she was cleared.

A tribunal dismissed one of her missed tests (on April 12, 2019) after the anti-doping officer knocked on a storage unit door rather than her apartment amid confusion relating to her location.

The Athletics Integrity Unit’s report says the mix-up “would have been comical if the consequences not so serious”, adding that the tester tried to contact Naser by telephone but found the athlete did not have an up-to-date number in their system.

That first missed test on January 1, 2019, was also more specifically a ‘failing failure’ where she did not give accurate information on where she could be found to be tested. The eventual drug test attempt happened on March 16, 2019.

The AIU’s report added that Naser has been “subject to the whereabouts regimen for some years” but had never successfully been able to enter her details into the online Anti-Doping Administration and Management System (ADAMS) system, even with the help of her boyfriend, despite frequent attempts.

Eventually a third-party agent was assigned the job of filling in her whereabouts details, although he is blamed in the report for her missed test on January 24 this year after falling asleep while feeling unwell and failing to update her details because he did not see a text that Naser sent him, at 2:25am while she was travelling, until it was too late.

The AIU warns that the missed test from January 2020 still stands against her and recommend she seeks help with filling in her whereabouts details on ADAMS “so that she can be the master of her own destiny”.

Only two women, Marita Koch and Jarmila Kratochvilova, have run quicker over 400m than Naser. The Bahrain athlete also caused uproar since her provisional suspension earlier this year by claiming it is “normal” to miss tests.

Details of the full decision can be seen here.