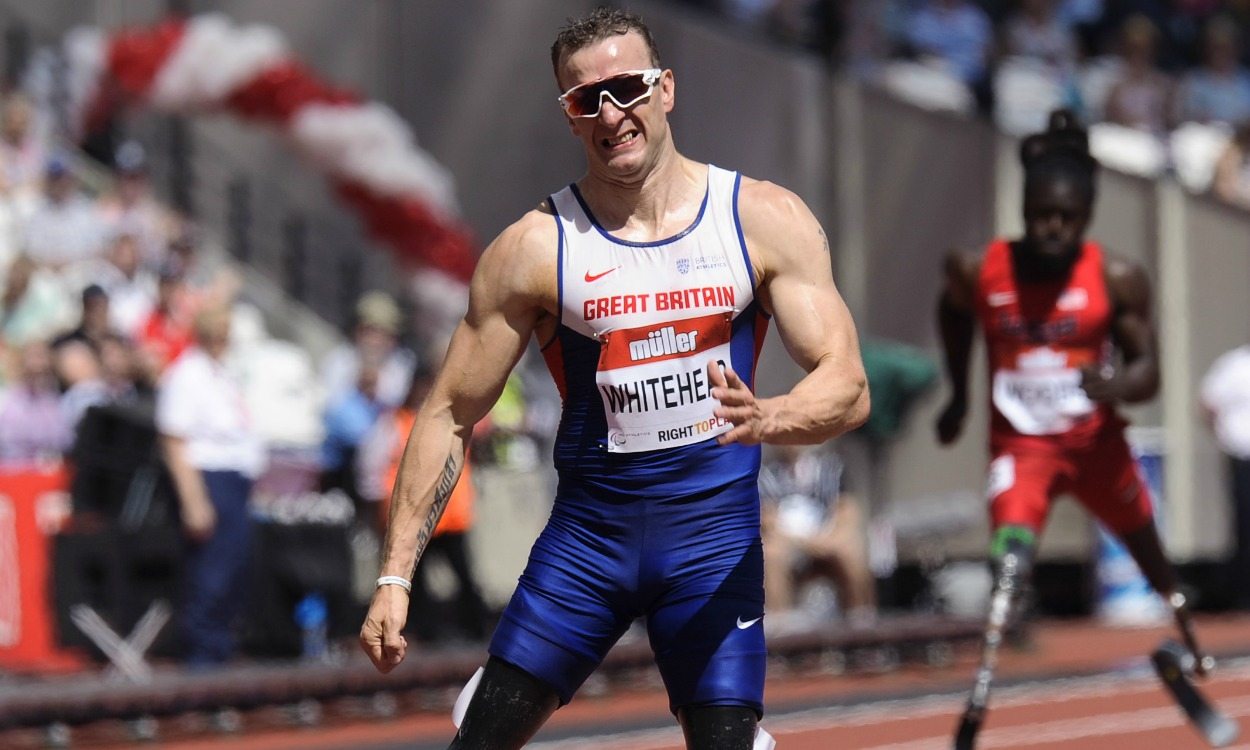 With 100 days to go until the World Para Athletics Championships, the three-time world 200m champion outlines his aspirations as he aims to go faster than ever

If there’s one word Richard Whitehead would like used to reflect his performances at the World Para Athletics Championships in London this summer, it’s ‘devastating’.

The 40-year-old has been the dominant force in the T42 200m at the past three editions of the world event as well as at the last two Paralympic Games and he hopes his success can continue on home soil this summer.

Despite retaining his Paralympic 200m title in Rio, Whitehead was disappointed to have missed out on 100m gold as he finished as runner-up to Australia’s Scott Reardon in the shorter event.

Now, with 100 days to go until the championships, the Briton has outlined his aims and preparations as he hopes to go faster than ever this year.

“I think gold is an aspiration but I just want to set myself up in the next couple of months to have the best platform for both races and hopefully that delivers the performances that I want,” explains Whitehead, speaking at an event to announce Co-op as a team supporter of the British Athletics para team as well as a national partner of the World Para Athletics Championships London 2017. “I never say I’m going to win the events, whether I’m the favourite or not, I’m just going to deliver the best performance I can.

“You’ve always got a plan and you’ve got your training schedule and your team around you manages that but it’s always a milestone you look at,” he adds, with 100 days to go. “You look at your own performance and see where your training is at and see if you need to put something else in place or if you’re happy with how things are going.

“After Rio I made sure that I made some changes that I thought I needed to make to continue to have performance gains in London.

Whitehead might be turning 41 five days after the World Para Athletics Championships get underway on July 14, but the world record-holder in both the 200m and marathon feels he has much more to give in the sport, both on and off the track.

Whitehead spoke with AW last year about his hopes of getting involved in the governance of athletics and adds: “I think the important side of what I’m doing at the moment is performance, but if you can get key messages out there while you’re in the line of fire regarding performance goals, you can get those messages out to a wider audience. Hence the reason why I’m saying now that I want to be involved in governance and the continuing change of Paralympic sport in Great Britain and all over the world.

“I feel that with the skills and the tools that I’ve learnt in my sporting life, I’d be able to add value to a different sporting or athletics environment. I want to investigate those avenues and maybe look at what I can do in the future.”

But for now he remains focused on his performances on the track and being back in the London Stadium.

“I hand on heart truly feel that the T42 100m on July 17 will be one of the races of the championships because there are three or four of us who will literally be within thousands of a second of each other on that line,” he says. “It will be who wants to win it the most.

“I was asked what word would sum up my performance in July and I said ‘devastating’ so hopefully I can deliver a couple of devastating performances.”