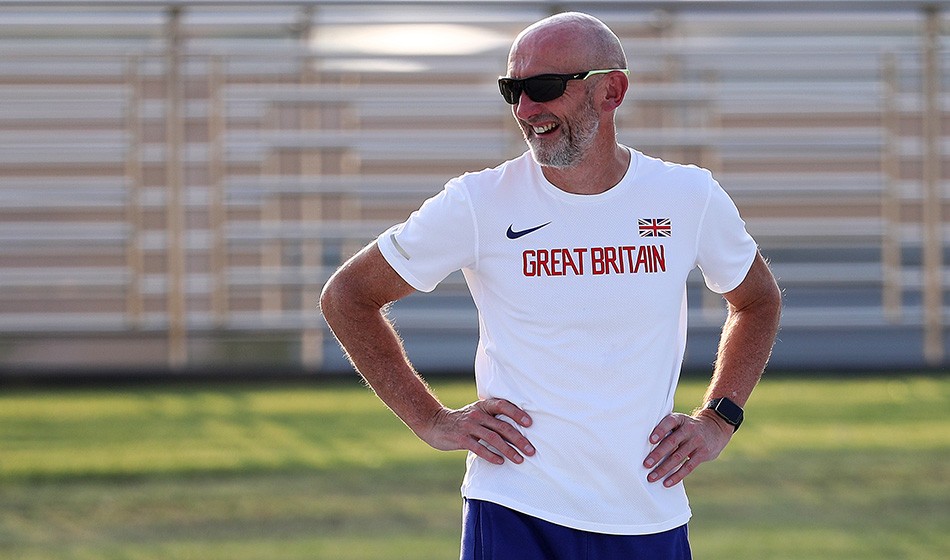 Tributes paid to Black, who “dedicated his life to supporting athletes”

In a statement, the national governing body said Black had passed away suddenly at the weekend. His death is believed to have been of natural causes.

A well-respected physiotherapist, Black had gone on to become head of sport science at the governing body and then performance director, a position he held from 2012 until last year when he stepped down in October.

Black’s career in athletics had seen him start out as a middle-distance runner for Morpeth Harriers, with wins against the likes of Seb Coe and Steve Cram.

“I beat him quite comfortably, to be honest, but I’m sure he wasn’t that bothered,” Black told Simon Turnbull during a 2012 interview in The Independent, when asked about his win over Cram.

Coached by 1966 Commonwealth marathon champion Jim Alder, Black’s achievements also included clocking a 3:44.40 1500m as a teenager in 1978 but he was forced to retire through injury a few years later. 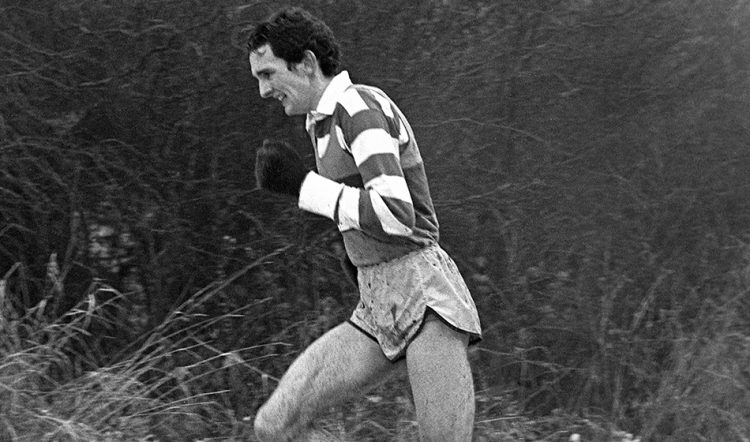 Neil Black on his way to finishing second in the Inter-Counties junior men’s cross country race in Luton in 1979. Photo by Mark Shearman

He would go on to dedicate his time to working in athletics instead and became a mentor to many of the country’s top athletes, including 10-time global gold medallist Mo Farah.

“I wanted to be the most successful athlete I possibly could and I felt as though injury stopped me from doing that,” Black told Turnbull in 2012. “I transferred my obsession for training into my obsession for working – as a physiotherapist, as part of the medical team, and as head of science and medicine over the last few years. Now, as the performance director, it feels like an obsession to do the absolute best that I can.”

Many tributes were paid to Black following news of his death, with British Athletics saying the governing body was “shocked and saddened” to confirm his passing.

“Neil loved the sport of athletics and dedicated his life to supporting athletes – as a world class physiotherapist, as head of sport science, and then in recent years as performance director for British Athletics,” the statement added.

“Since leaving the role of UKA performance director in October 2019, he had been continuing to support a number of athletes and coaches as an advisor.

“Neil will be hugely missed by those that knew and worked with him.”

In a post on Twitter, Farah wrote: “I have lost a good friend…! Known him since I was 14 years old. Neil supported me all the way in my career since I was kid. My heart is broken. I wouldn’t be where I am today without Neil Black. No one knew me like he did. We lost a great man.”

. I have lost a good friend…! Known him since I was 14 years old… Neil supported me all the way in my career since I was kid..!! My heart is broken.. I wouldn't be where I am today without Neil Black.. no one knew me like he did..!! We lost a great man💔 pic.twitter.com/hhNhpmZm9h

Olympic medallist and European and Commonwealth champion Brendan Foster knew Black from his days as a young athlete and sharing his memories with AW, said: “I first met Neil as a promising young miler in Morpeth Harriers and watched him grow into one of the best athletics physios in the world.

“He was so proud to become the performance director of the sport he loved and was fundamental to the success of Mo Farah.

The athletics family in the UK are in shock and our thoughts and prayers are with his own family. He’ll be sadly missed.”

Also among the tributes on social media was comment from former world marathon record-holder Paula Radcliffe, who wrote: “Very saddened by the passing of Neil Black.

“A gentle, loyal, thoughtful and extremely hard working man who quietly helped so many achieve their dreams. His satisfaction came from quietly watching those dreams unfold and standing true to himself. His legacy lives on in those dreams.”

World relay gold medallist Adam Gemili described Black as “like a second father” to him.

“I am shocked and devastated and can’t stop crying,” Gemili wrote. “It doesn’t feel real.

“I spoke to Neil just two weeks ago and now he’s gone. Life is too fragile.

“Neil was like a second father to me. He shaped a lot of my athletics career and will always hold a special place in my heart.”

I am shocked and devastated and can’t stop crying. It doesn’t feel real. I spoke to Neil just two weeks ago and now he’s gone. Life is too fragile. Neil was like a second father to me. He shaped a lot of my athletics career and will always hold a special place in my heart 💙 https://t.co/7RjaJh4nJa

Olympic and world heptathlon medallist Kelly Sotherton wrote: “He came everywhere with me and made sure I was held together physically and mentally. So many things I want to say. I’ll miss you forever Neil Black.”

While British 400m record-holder Iwan Thomas wrote: “Truly devastated. Helped me greatly in my career as my personal physio, we shared many a laugh and a cry trying to keep me in one piece.”

Also posting a tribute on Twitter was British 1500m record-holder Laura Muir, who wrote: “Such sad sad news to hear of the passing of Neil Black. He was always incredibly supportive and a lovely caring man. Thoughts go out to his friends and family. RIP Neil you will be sorely missed.”

British pole vault record-holder Holly Bradshaw wrote: “Neil was such a special and incredible person who did so much for myself and athletics in the UK. Tremendous leader, sensational personality and just a genuinely nice guy. Neil you will be missed – rest in peace.”

In a statement sent to AW, former UKA chairman Ed Warner said: “Neil is an immense loss to British high performance sport and to athletics in particular.

“In his seven years as UKA’s performance director he brought the same calm assurance, attention to detail and empathy for athletes’ particular needs that he demonstrated throughout his career. It was a great privilege to work with him, and to share the highs and lows of British teams through the cycles of major competitions. I’ll particularly treasure our celebratory clinch in the mixed zone at the Olympic Stadium after the last session of the London 2017 World Champs.

“Neil bore the barbs of the critics that are an inevitable part of the job of any leader in elite performance sport with a grace and sense of humour that were truly a mark of the man. He wanted to lead the British teams into Tokyo. He won’t now be able to cheer their successes there. But I am certain there are British athletes who will win medals in Olympics and championships to come who will look back with enormous gratitude at the role Neil played in preparing them for their success. He will be greatly missed.”

Black’s family said: “We would like to thank people for the wonderful and heartfelt messages we have received.

“So many people have been in touch, it is clear to us how loved Neil was and this is bringing us some comfort at this time.”