Mo Farah ready to bounce back in Birmingham 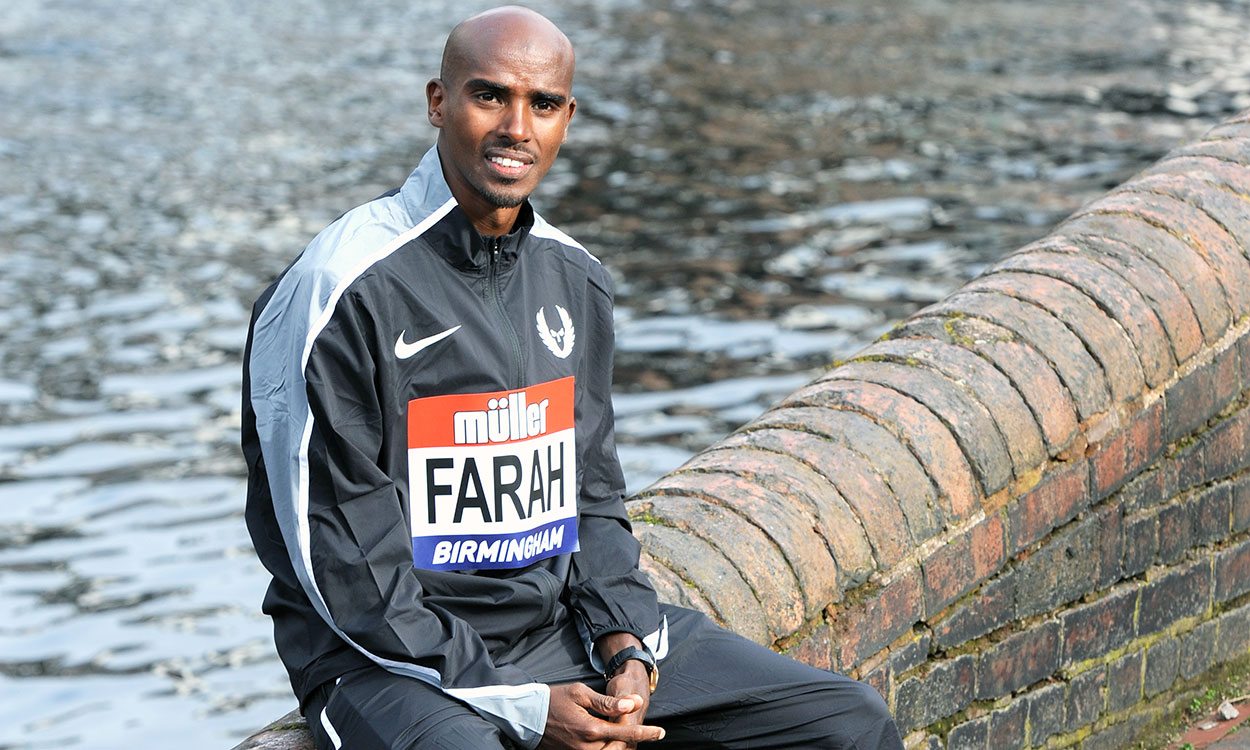 After travel ban worries and an off-form showing in Edinburgh, the four-time Olympic gold medallist is feeling far happier as he prepares for 5000m at the Müller Indoor Grand Prix

The year 2017 has been far from perfect for Sir Mo Farah so far. From finding himself firmly in the eye of a storm created by Donald Trump’s hugely controversial travel ban to falling below expectations in his day job of staying at the very peak of his sport, there has been no plain sailing for the four-time Olympic champion of late.

With the American President planning to issue a new executive order in the coming days as he attempts to put in place the proposed ban that was quashed by the courts, Farah does not yet know how easy it will be to re-enter the USA – he has lived in Portland, Oregon, with his wife and four children for the past six years – when he completes a training camp next month.

However, deciding to speak out eloquently (read full story here) and keep a philosophical attitude to the whole affair has clearly helped – as has a four-week training block at altitude in Ethiopia. The 33-year-old was in a relaxed mood as he faced the media ahead of the Müller Indoor Grand Prix in Birmingham and insisted he has arrived in Britain in far better shape than when he was last on these shores, coming a distant seventh at the Simplyhealth Great Edinburgh XCountry in January.

“It is crazy and it’s unfair,” said Farah of Trump’s order. “I felt strongly that I had to speak up and use my profile. For me, the scary part was living in the US for six years, going to a training camp where everything’s going well then, overnight, hearing the news that I can’t go back to see my kids. It was important for me that I spoke up.

“Hopefully it should be fine (getting back into America). I always like to look on the bright side and get on with life. I’m not going back yet – I compete on Saturday and then on Sunday I go back to another training camp but I will go back in March and see my family. At that point, we’ll see.”

For now, Farah’s attention is on the 5000m he will contest in Birmingham and what is likely to be his last ever track race indoors. He is keen to find out where his fitness levels sit after the ‘wake-up call’ of Edinburgh.

“Sometimes you’ve got to be honest with yourself, you’ve got rewind it, refocus,” he said of his below-par performance in the Scottish capital. “I took a little bit of a break after Rio and spent more time with my family. I do miss them a lot and it was nice to be at home with them but I needed to get back into full training and push myself. In Edinburgh I wasn’t quite ready so I decided after that that I needed to get on a flight and head to a training camp.”

He added: “As I get older I’m finding it harder to recover as quickly. At the same time I’ve got a wife, I’ve got four kids, I’m a family man and sometimes I like to spend more time with them.

“But in order to win races you can’t always have that time to spend with the family and not train as hard. You’ve got to get out of that and go to training camps and focus. It takes a good 6-8 weeks of a training camp to get back into good shape so it’s what I needed to do but it was more like a wake-up call that ‘look, no-one’s going to wait for you. There are a lot of athletes out there who are training hard and want to beat you so you can’t live the comfortable life’. You’ve got to go back to basics.”

Birmingham will bring a good test in front of an expectant crowd.

“There’s always pressure,” said Farah. “The most common question I’m asked is ‘do you get nervous?’. Every athlete gets nervous and that’s part of it but I do enjoy it. The last four weeks have gone well and I’m looking forward to getting back into racing.”