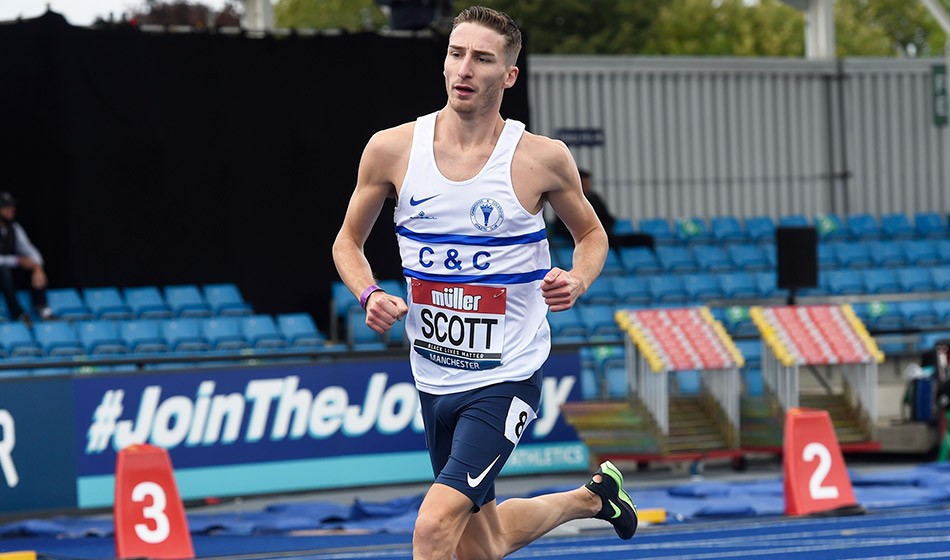 After a stand-out 2020 season, the Oregon-based British distance hopes for further success in Olympic year

Marc Scott has enjoyed such a good year on the track and roads, it is hard to pick his best performance. From 3:35.93 for 1500m through to 60:39 for the half-marathon, he demonstrated superb range. He won the British 5000m in emphatic style. Yet his most pleasing moment came indoors in Boston back in February.

“It was probably when I ran 13:08 indoors to get the British and European record and also Olympic standard,” he says. “It was maybe a little bit of a shock when I did it. I went on to run well elsewhere too but I still that outweighs everything else I’ve done, just because of what it can lead me to in the future. That’s not to say I’m not pleased with the range of times I’ve done this year but it’s probably the highlight.”

Scott is from North Yorkshire and as a teenager won an English Schools fell running title. But he is now reaching the peak of his career – he turns 27 on December 21 – and is flourishing under coach Jerry Schumacher in the Bowerman Track Club based in Portland, Oregon.

Scott’s time of 13:08.87 in Boston beat a European indoor record held by none other than Mo Farah and he adds: “I knew I was in good shape going into the race and it was when British Athletics came out with their own qualification standards for major games and they listed 13:16. We felt that was do-able. It was set up for the Olympic qualifying mark, there was a good field assembled and we felt I was in good enough shape to give 13:16 a crack. It was one of those races where I’d just come down from altitude and it aligned really well on the day.

Scott’s stellar year did not stop there, though. In July he showed impressive speed by clocking 3:35.93 in an inter-squad meeting in Portland. Coming over to the UK for the British summer season and in search of races through the pandemic period, he won the Podium 5km in Barrowford in a British record 13:20 and then clocked 7:43.48 over 3000m at the Bromley Twilight Meet in August.

Next up was the British Championships where he breezed to victory in 13:32.98. Just one week later he finished runner-up to Farah in the Antrim Coast Half-Marathon in 60:39 too – a time that puts him No.4 on the UK all-time rankings for the distance.

On his British title win on the track in Manchester, he says: “It was just different because I’ve never done a championships that haven’t been in Birmingham. To have no crowd was different but I’m grateful to British Athletics for putting it on. It gave everyone a competitive opportunity and something to work toward.”

His 13.1-miler in Northern Ireland a few days later was a spur of the moment decision too but turned out to be a good one. “I think the strength work we do with Jerry and at Bowerman translates well over into 10km and the half naturally really well,” he says.

“It was a late, last runout for the season and it turned out pretty well. I know I’m at home on the roads because it’s what I grew up doing a little bit and I’ve run well on the roads in the past. It was just another racing opportunity and James McIlroy, who puts on the event, was very accommodating and looked after all the elites really well and like Stephen Scullion said (in AW) the atmosphere was really good. I want to go on to the roads at some stage of my career but who knows when that jump will be made.” 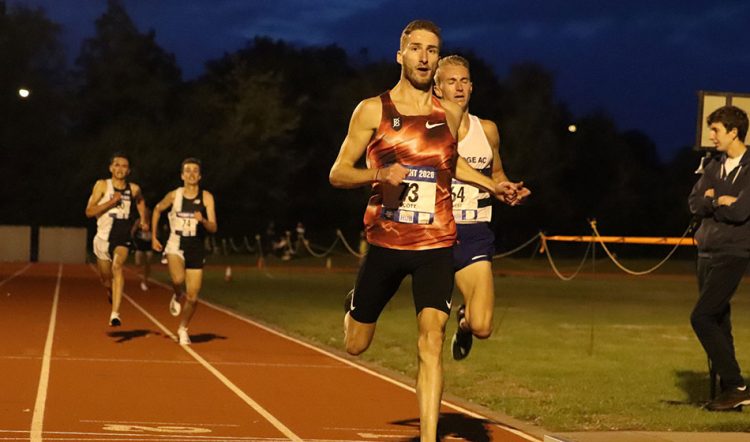 Going into Olympic year, though, Scott is keen not to rest on his laurels. Rather than try and negotiate what could be a tricky trip back home, he is staying in Portland over Christmas and is likely to head to altitude with his group in January.

He feels he can build on his 13:08.87 5000m time and believes he has to in order to stay competitive on the global scene. “The standards are only getting better,” he says, chatting from his base in Portland this month. “The world records are coming down and the technology (of shoes) is improving. Maybe in a couple of years 13:08 won’t be such a good time and won’t be the British and European records.”

Certainly he has fared better than most during the pandemic. At times during 2020 his group splintered into smaller groups to train safely. Sometimes they would do workouts without supervision from their coach either.

“It seemed to work pretty well,” he says. “Utah, which is where we usually go to altitude, didn’t have a strict lockdown and we could train in groups of up to 15 so it was a good and safe place to go.”

.@_MarcScott, who celebrates his birthday today, enjoyed several terrific races in 2020 but here he tells @Jason_AW his favourite…

Scott feels his recent success is largely due to being part of a great training squad. “The guys on the team are rolling right now. We’ve done some long grinding sessions and we’re just putting the finishing touches on before we have a little break over the Christmas period. We’ve got 12-13 guys who are all fit and healthy and running pretty well at the moment which helps bring us all along.”