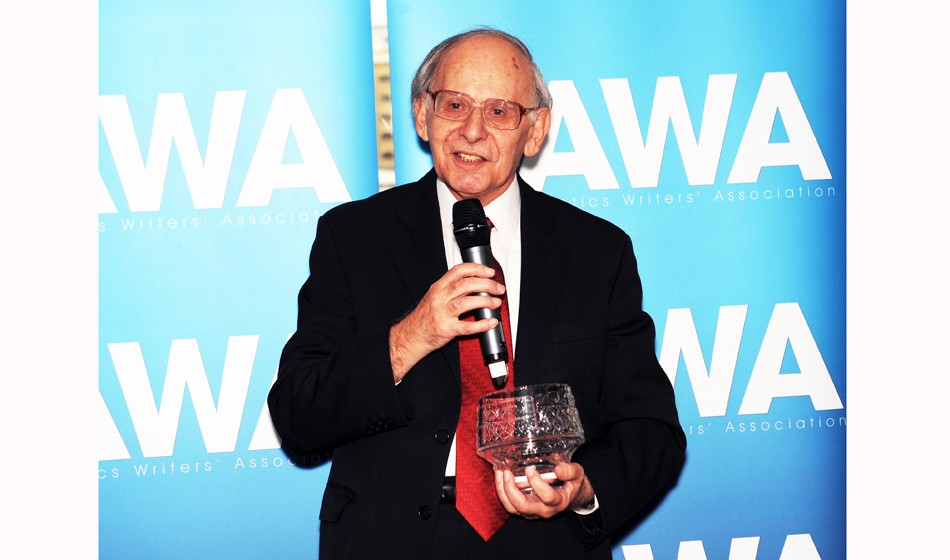 The former long-time editor of AW leaves a rich legacy after a lifetime of journalism chronicling the No.1 Olympic sport

It is unlikely that anyone in history has written more words about athletics than Mel Watman. A prolific track and field journalist who was admired by colleagues around the globe, he was best known for being the long-time editor of AW. To many older readers, he simply was AW.

His sheer quantity of words aside, the quality of his work was phenomenal. A doyen of athletics writers, he was renowned for his clear and concise style, incredible accuracy and, most of all, an air of authority in his articles which was earned through more than 60 years of trackside reporting.

In addition to editing or contributing to AW, he wrote a number of terrific books about the sport. He began with his definitive Encyclopaedia of Track & Field Athletics in 1964 – a book that was so successful it was re-printed multiple times over the next 20 years – and subsequent History of British Athletics.

The Coe & Ovett File published in 1982 provides a classic coverage of one of the sport’s greatest rivalries. His Olympic Track & Field History contains insight and knowledge gained from covering nine Summer Games. In more recent years his ‘retirement projects’ included the All-time Greats of British Athletics, a World Athletics centenary publication in 2012 which he edited and two books charting the long history of the AAA of England.

Finally, in 2017 he published My Life in Athletics which Seb Coe described as “a treasure trove of reminiscence … a must-read for any budding athletics writer”.

Despite the title, this was not all about himself either. In typical style he focused moreso on the athletes and the performances which he had been privileged to write about over the years.

Born in the East London borough of Hackney on May 26, 1938, through a quirk of fate Watman later grew up in a house in Bedford that was just a couple of doors away from where Harold Abrahams, the 1924 Olympic 100m champion of Chariots of Fire Fame, was born.

Initially Watman wanted to be a bus conductor or a wing-half for Arsenal but a school trip to the AAA Championships at the White City in 1950 changed his life. He was 12 years old and was inspired by what he saw and during the trip he spotted AW being sold at a Hackney Downs Station bookstall. He snapped up two copies for ‘sixpence’ and soon ditched plans to be a bus conductor or footballer.

“I was in heaven, reading and re-reading every line, every result,” he later recalled. “I may have been only 12 but already a dream was starting to take shape.

“English was my best subject at school and I wanted to become a journalist. Better still, how about writing on my new love, athletics? That was it – my goal in life was not only to work for AW but eventually become its editor.”

Watman was a talented middle-distance runner but he realised he was merely ‘club standard’ and that his future was best spent documenting the performances of his heroes.

They included Arthur Wint, ‘Mac’ Bailey and Roger Bannister, although he would of course go on to write about many more generations of stars. He did not waste any time either – his first articles were printed in AW in 1953 and his first byline appeared in 1954 when he was 16 years old.

Initially, he was delighted to be credited in the magazine for helping with an interview with US javelin thrower Bud Held. Soon after he had a one-page article on the legendary Bob Mathias published.

In 1955 Watman ventured to Warsaw to report on another of his heroes, Emil Zatopek. During this period he trained as a journalist – cutting his teeth on a suburban newspaper in London – and in 1958 became AW’s accredited reporter for the British Empire and Commonwealth Games in Cardiff.

Around this time he also became one of the founding members of the National Union of Track Statisticians (NUTS) and throughout his career he was an athletics writer who held a keen interest in the statistical side of the sport.

After serving two years of national service in the RAF, he joined AW full-time in December 1961 where he teamed up with the magazine’s founder and editor, Jimmy Green.

Green had created AW in 1945 – originally as a monthly magazine – and was at home organising the finances and administrative elements of the business. “What I brought to the table were the skills of a trained journalist, a love for statistics and the cock-eyed optimism of youth,” Watman remembered.

“We were different in many ways but agreed on the fundamentals. AW should always be regarded as the club athlete’s magazine above all else, that we would print every significant result we could obtain, publish training and technique articles by leading coaches, and enable anyone to express their viewpoint as long as it wasn’t libellous.”

Writing in subsequent years, Watman said: “For the next 26 years, although working crazily long hours, I could not have been happier in my work. My salary was much lower than what my Fleet Street colleagues were earning but that was more than compensated by the job satisfaction and opportunity to travel the world.” 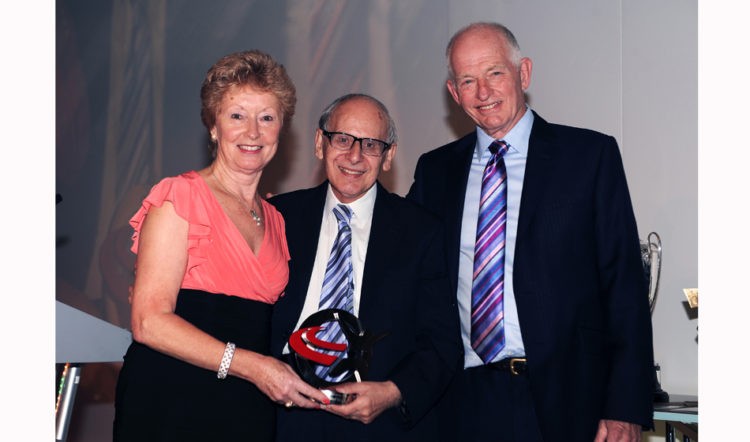 In 1968 Watman fulfilled his dream and became editor. One of his first moves was to get rid of a section entitled “with the ladies”. He later explained: “I always regarded women’s athletics as being as important, enjoyable and significant as the men’s and saw no reason for any segregation.”

In addition Watman gave increased prominence to international news and results while never forgetting the importance of the domestic scene. The pages were not dominated by his thoughts either and instead he enjoyed letting readers air their views. This was their magazine after all.

The coming years witnessed a golden era for the sport in the 1970s and 1980s with Watman overseeing the production of a ‘pocket-sized’ magazine which is still fondly remembered by athletes and coaches who were active during that period. It became ‘a magazine of record’ and possessed a unique charm which was as much down to Watman’s careful editing as it was the athletes of that era who lit up its pages.

The hard work and effort that went into producing AW during that period was summed up with a story he once told me about covering the Los Angeles Games in 1984. After Tessa Sanderson won javelin gold for Britain on day four of the Games, he finished typing 700 words about her victory for the next issue but had to sprint to the media centre to catch the last post with a couple of minutes to spare. Long before email was invented his reports had to be sent to the UK where they were typed in again before going to press.

“In these days of computers and instant communication it might seem laughable,” he later remembered, “but on a shoestring editorial budget the only way we could afford to send copy back to the printers was by airmail.” 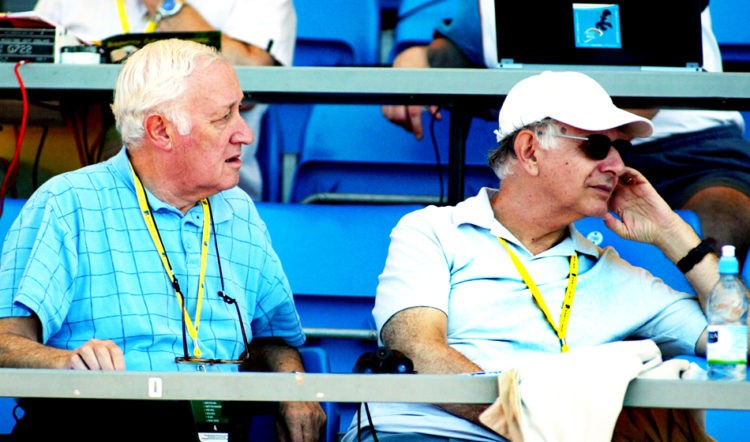 In October 1984 the AW editorship passed to Barry Trowbridge and, in 1987, Watman was horrified to see the magazine fall into the hands of Emap, who relaunched the title as an A4-sized magazine with the kind of sensationalist style that made Watman wince.

After acting as consultant editor for three years, Watman eventually left to co-edit a rival weekly magazine, Athletics Today, although after Emap sold AW in the late 1990s he returned to contribute throughout the past 20 years and was often privately praiseworthy of the magazine’s rich content and enduring style.

Outside athletics, Watman loved visiting America and in particular Las Vegas and Atlantic City where he enjoyed gambling in the casinos. As an older runner, he completed the New York City Marathon in the early 1980s and ran the first London Marathon in 1981.

In later life he was inducted into the England Athletics hall of fame and was awarded the prestigious Ron Pickering Memorial Award for Services to Athletics at the British Athletics Writers’ Association awards.

For the past 17 years he has also co-edited the Athletics International newsletter with statistician and commentator Peter Matthews. His last contributions, however, were during the Tokyo Olympics because a couple of days after the Games ended he collapsed at home and just about managed to call emergency services. Doctors diagnosed an inoperable cancer in his spine and he moved into a nursing home but his illness progressed swiftly and he died on Friday. 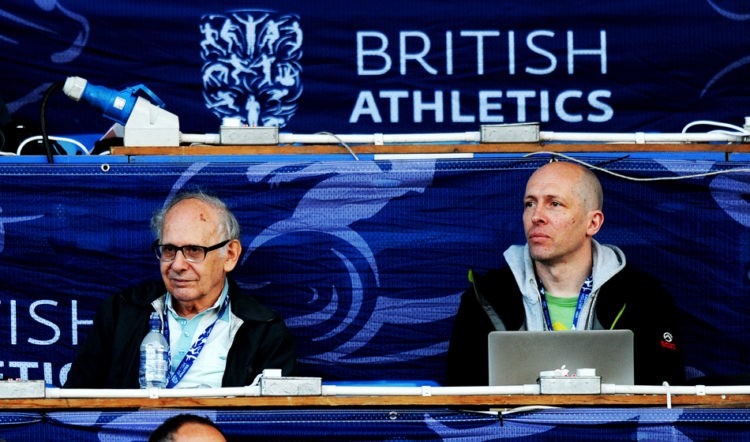 Watman is survived by his wife of 48 years, Pat, who was able to be at his bedside holding his hand when he died peacefully.

In addition he leaves a rich legacy of millions of words which have described the sport in epic and articulate detail for well over half a century.

A kind, humble and helpful man, his articles were always primarily aimed at showcasing the exploits of the athletes he admired and idolised. “I might have been on the sidelines observing and chronicling their deeds,” he said, “but I was always, and remain, a fan first and foremost.”