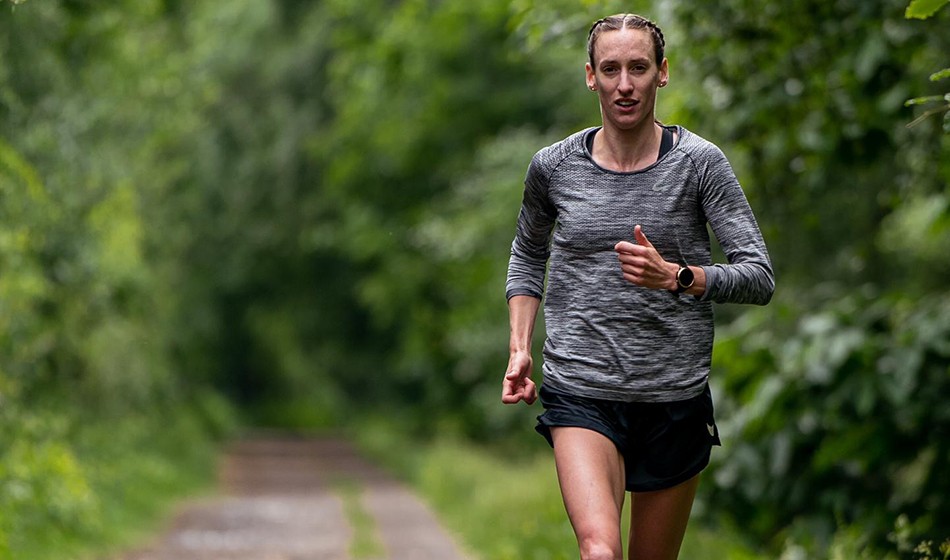 Despite running an impressive 14:44.57 to finish seventh in the world final last October, Laura Weightman believes she still has a lot to learn when it comes to 5000m racing and Friday’s Monaco Diamond League meeting offers her the next step on that journey.

It has been more than 10 months since the world final, which saw Weightman move to third on the British all-time list behind only Paula Radcliffe and Jo Pavey in what was her global championships debut over the distance. That was also the last time she raced, with the pandemic putting paid to her original 2020 targets.

But while the targets may have moved, the 29-year-old’s aims remain the same and she has taken positives from the enforced break in competition.

“It has been quite refreshing to make the most of the opportunity and slow down life a little bit,” Weightman says, reflecting on a spring and early summer spent in Leeds where she has been mixing up her training under the guidance of her coach Steve Cram.

“I’m thankful that I’ve been able to get a really good training block in.

“We set ourselves mini lockdown goals and targets. We did some time trials on the roads, I was exploring runs. I used the opportunity to really enjoy my running and have a bit of a refresh time, while still hitting some good quality mileage and sessions as well.” 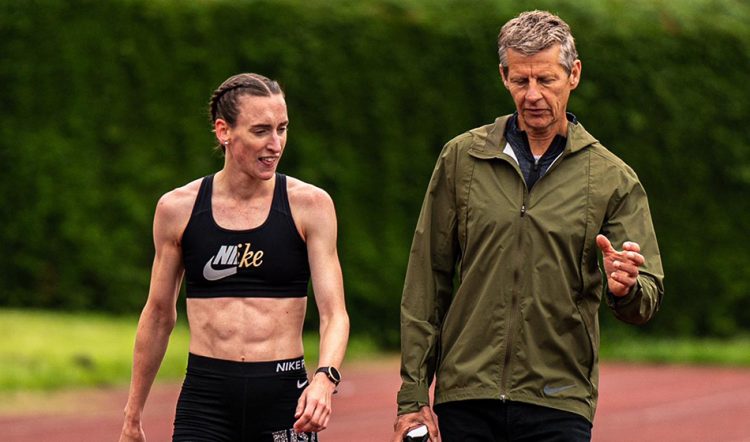 Oh her relationship with Cram (pictured above) during this time, she says: “Because we live two hours apart we have to rely on really good communication and that has come through quite strongly. He’s checking that I’m all right and keeping training fresh and interesting.

“Steve navigated last year exceptionally well, especially with Doha making it such a late season, and I trust his planning and process for getting me ready for when it matters.”

Explaining her pre-pandemic aims for 2020, the 2014 European and Commonwealth 1500m medallist says: “This year we wanted to go into Tokyo, build on my 5000m from last year, continue that momentum and build that strength and endurance base, running more 5000m races and gaining more experience in that event.

“In the Doha final I was very much running hard the entire way and I want to build that strength up and that racing experience so when I’m in a 5000m, I feel like I’m racing it, rather than just running fast.

“I think the 5000m is an event where I have a lot to learn,” she adds. “I haven’t actually run many 5000m races. I did the Commonwealth Games (winning bronze on the Gold Coast) and Doha but only one or two others in between. I haven’t got a lot of experience in the event yet so that was definitely a big aim this year, to gain more experience in running the event and spending the winter and the season building that strength and endurance as well. I think that would only have lent well for racing fast again over 1500m and 3000m as well. They complement each other.

“I was incredibly proud of my performance in Doha and it being my first global championships over 5000m, it was a real big learning curve to experience the heats and the final at that level with the real quality of athletes that are globally running over 5000m at the moment. Especially off the back of picking up a small injury at the end of July which meant I didn’t run most of August, it was great that I was able to pick back up that training from where I left off and come away from Doha with a really fast 5000m PB and a strong global performance. I walked away from there thinking ‘I can build on this and hopefully over the coming years I can get better and stronger and be more competitive in this final’.”

Monaco gives her a next opportunity and the field is stacked.

While a return to racing is the immediate focus, with the Müller British Athletics Championships in Manchester next month also on Weightman’s agenda and the rescheduled Olympic Games obviously her main 2021 target, the Morpeth athlete is also looking further ahead and believes gaining more experience in the 5000m will also benefit her ahead of an action-packed 2022 summer.

“2022 is going to be a really interesting year with a World Championships in America and then coming back across to Europe for the Commonwealth Games and the European Championships,” she says. “They’re definitely all championships I want to do.

She also hasn’t ruled out longer-distance road racing in the coming years.

“I did a couple of 10km road races last winter and absolutely loved them,” explains Weightman, who currently sits fifth on the UK all-time rankings with her PB of 31:39 set in the Netherlands in March of last year.

“I’d love to explore that more. I have always said I’d love to do the Great North Run. Being from the North-East, that’s a bucket list race that you have to do.

“Over the coming years I can see myself doing more 10km and half-marathon races to supplement my training, with track racing as my main focus. The marathon is not something I can imagine myself going to as a competitive athlete but 10km and half-marathon yes, because being a 5km runner, you definitely benefit from having that strength.”