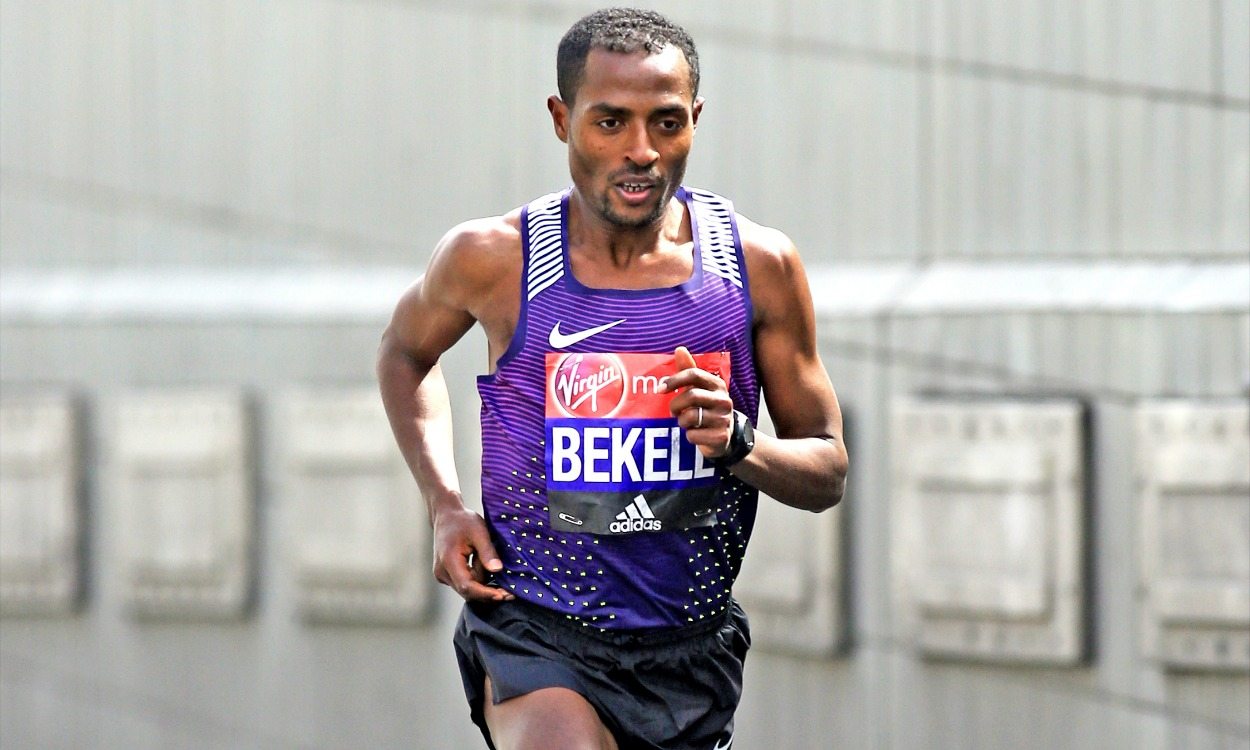 The 2:03:03 marathoner will take on fellow running greats Mo Farah and Eliud Kipchoge in April

Three of the greatest ever male distance runners will clash at the Virgin Money London Marathon on April 22, as Kenenisa Bekele has been announced as joining Mo Farah and Eliud Kipchoge in the elite field.

The trio have a combined total of eight Olympic gold medals and 12 world titles between them, with Ethiopia’s Bekele possessing the fastest ratified marathon time of the three, with his 2:03:03 from Berlin in 2016.

“I am thrilled to be returning to London for the third year in a row and would love to go one better than last year and win the race,” said Bekele. “Once again London has brought the best distance runners in the world together so I know it will not be easy.

“It will be an honour to race alongside Sir Mo Farah and Eliud Kipchoge as well as the other great athletes in the field. I have been training very hard with the aim of arriving in London in April in the best possible condition.”

Farah is the most decorated of the three athletes in terms of global gold medals, with four Olympic wins and six world championships victories over 5000m and 10,000m, while Bekele has three Olympic and five world championships gold medals to his name and two-time London Marathon champion Kipchoge won the 2016 Olympic marathon as well as world 5000m gold in 2003. The Kenyan also has that stunning unratified marathon time of 2:00:25 to his name from Nike’s ‘Breaking2’ event in Monza last year.

“Sir Mo, Eliud and Kenenisa could all put forward a persuasive case for being the GOAT (greatest of all time) and now they meet for the first time over the marathon distance at the Virgin Money London Marathon on Sunday 22 April.”

Bekele is the first name to be announced as part of the Virgin Money London Marathon’s ‘Elite Week’.

Further elite field announcements will be made over the next few days, with ‘Elite Week’ concluding with a live show streamed on Facebook on Thursday January 25 at 1830 GMT when experts will discuss the 2018 line-ups.