Jonny Mellor out of Olympic marathon trials after freak injury 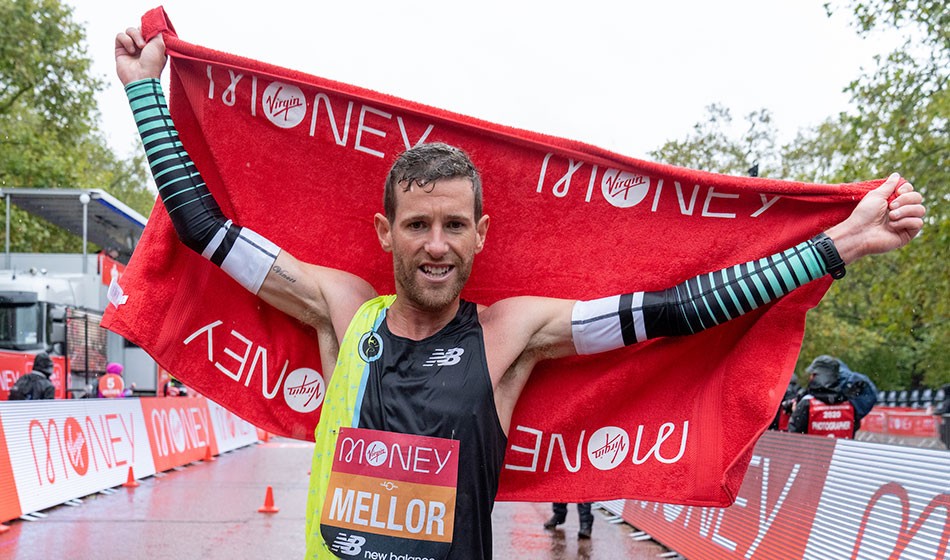 Few people will be glued to the British Olympic marathon trials in Kew Gardens on March 26 more than Jonny Mellor. The Stockport-based runner ran 2:10 twice last year and was the first Brit home in the Virgin Money London Marathon, but he has been forced to sit out the trials due to a gout-related ankle injury and will be watching with interest to see if anyone beats the Olympic qualifying time of 2:11:30.

With Callum Hawkins pre-selected, it means if the first two men at the trials run sub-2:11:30 then they will be automatically selected for Tokyo. However if only one or none break the standard, the selectors could consider Mellor for the team.

After running 2:10:03 in Seville just over 12 months ago and then 2:10:38 in cold, wet conditions in London in October, Mellor had hoped to cement his place in the team at the trials this month. But a freak injury scuppered his plans.

In mid-January he completed a 24-mile run on snowy and icy ground and his calf muscles felt a little tight afterwards. That night he slept in compression sleeves but one of the sleeves rolled down slightly and left a small indent in his lower leg.

“I woke up a bit sore the following day but I’d run 24 miles so I expected to be,” he says. “Then all that week I felt something was not quite right.

“I did a track session on the Wednesday and when I warmed up I thought it didn’t feel right. But, again, it’s marathon training and you run through niggles all the time.

“Toward the weekend it began to swell and was presenting like a swollen ankle. But I hadn’t rolled my ankle on a run, so it was a bit strange.

“I had an Olympic trial to run so thought that I had to get on with it. But following week it went sore and swelled up like a balloon. It was red and angry and really swollen. Although I was a bit stubborn as I had the Olympic trials coming up so I tried to manage it and icing it.”

Mellor’s coach, Steve Vernon, realised the indent that the compression sleeve had left may have caused the issue. They then saw sports injury specialist John Rogers and had an MRI scan and blood tests and the problem was diagnosed as gout.

Gout is associated with older people who eat diets rich in red meats and alcohol. But Mellor is only 34 and has been teetotal all his life. The problem occurs when uric acid crystallises in the joint and causes pain and swelling, but in Mellor’s case the crystals irritated the fat pad behind the Achilles tendon and damaged his peroneal tendon.

Mellor missed several days of training and had two injections into his ankle and the fluid was drained. “Before I knew it I’d got to the end of February and had barely done much training all month,” he says. “I wasn’t in the position to stand on that start line at the trials and do myself justice.

“In the end I ran out of time. I could have had another injection and tried to push through it but I might have caused long term damage to my ankle.

“It’s just really bad luck and to get gout is quite unusual and the gout caused a knock-on effect on the ankle.” 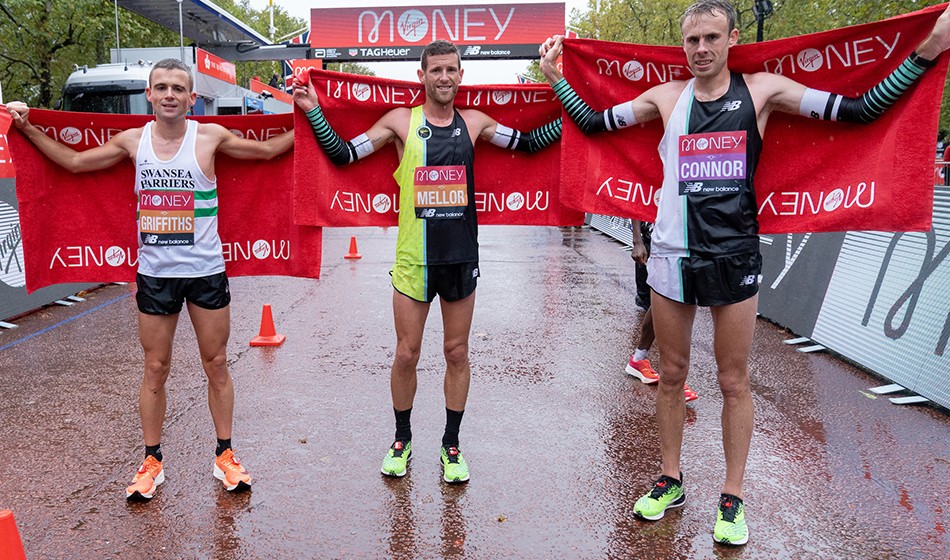 Mellor is back in training now and running pain-free. He will have mixed feelings on trials race day because some of his best friends such as Ben Connor and Andrew Davies are in the field, with Connor in particular being an Olympic contender after running 2:11:20 in London in October.

“To win in London (last year) and to have the standard I feel like I’ve done enough in the year that counted. But it’s in the hands of the selectors now,” said Mellor.

The Liverpool Harrier is not taking anything for granted either. In 2018 he was more than a minute inside the marathon qualifying standard for the Commonwealth Games on the Gold Coast but England failed to pick him for the team, saying they had reached their maximum allowable limit of athletes in the squad.

“It feels like everything’s on hold,” for me. “If I don’t make the marathon team, I wouldn’t rule out running the 10,000m trial (in early June). It’s my intention and focus to run the Olympic marathon in the summer, though.”