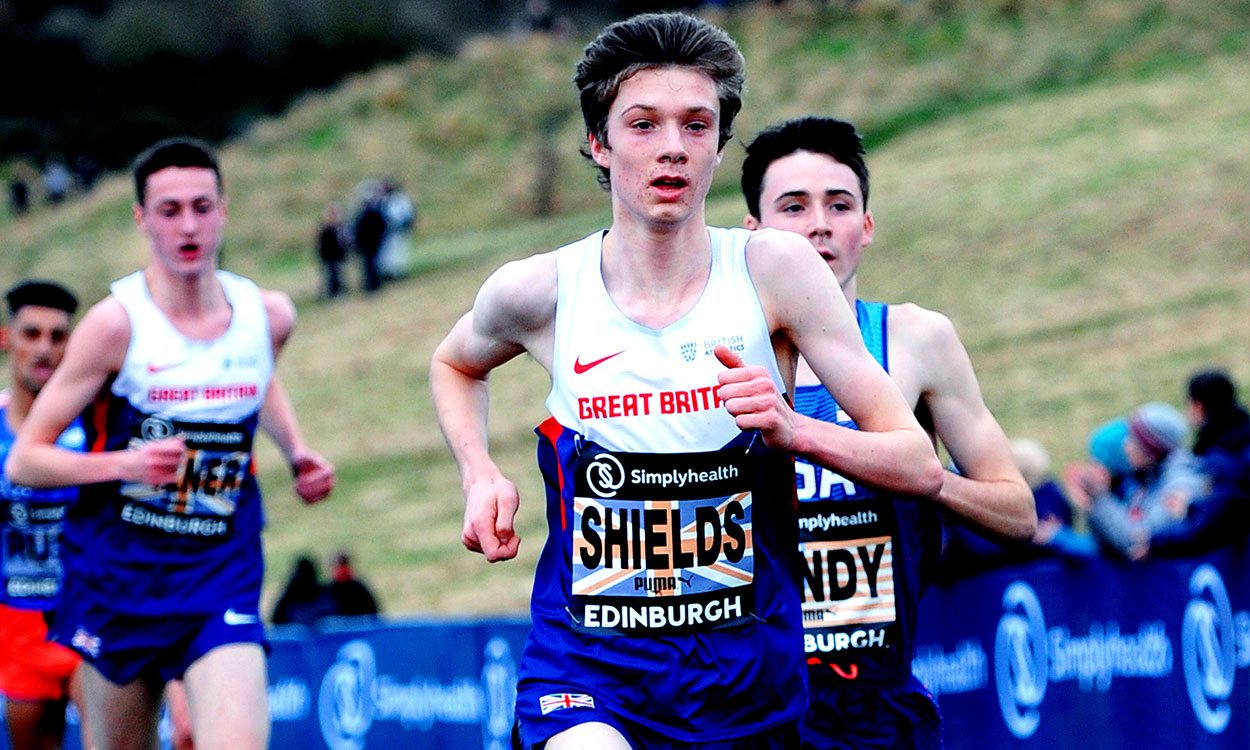 The Inter-Counties champion is following in the footsteps of his Olympian mother, Jane, who ran in five World Cross events and finished fifth in 1984

Jonathan Shields is relishing the opportunity as he prepares to make his overseas debut in a British vest at the IAAF World Cross Country Championships in Kampala, Uganda, on Sunday.

While obviously wanting to perform to his best, the 19-year-old has taken on board the advice of his mother to enjoy the experience and it’s advice well worth listening to given Shields is the son of a five-time World Cross competitor.

Jane Shields (née Furniss) raced for England at the event in the 1980s with a best position of fifth in 1984 and she went on to compete at the Olympic Games later that year and in 1988.

Looking forward to following in her footsteps in Kampala, 19-year-old Shields said: “It’s pretty cool that she also went to the World Cross Country Championships but I don’t think I’ll come anywhere near where she finished because the Africans are more dominant now.

“Mainly she said enjoy the experience,” Shields added on the advice he received. “None of her World Cross Country Championships were in a place like Uganda where it’s hot and it will be difficult conditions, so she said more about not worrying about where I finish – just to give it the best I’ve got and try and enjoy the experience as a whole.”

Shields has impressed on the country this winter, finishing 10th at the Simplyhealth Great Edinburgh XCountry before winning the under-20 British Athletics Cross Challenge race in Antrim in January and then claiming another victory at the Inter-Counties Cross Country Championships a fortnight ago to secure his spot on the GB team for Kampala.

He admitted that his win in Loughborough had come as a surprise, but his target had been a top six place in the hope of being selected for the World Cross.

“It makes all the hard work and effort worth it really, to have an opportunity like this.”

The Sheffield & Dearne athlete will be racing alongside his under-20 team-mates Scott Beattie, Ben Davies, Hugo Milner, Sam Stevens and Luke Prior over four laps of the 2km course and he added: “I’ve never competed at this sort of level before against the likes of the Africans. I don’t think it’s possible to say a position I want or anything like that, I think it’s more about taking it in my stride and running the best that I can.

“We were walking the course earlier today and I was surprised because there was a storm overnight and it absolutely chucked it down but it doesn’t seem to have had any effect at all on the ground. The grass is really dry and crisp. I don’t know how that’s going to affect me because I think I’m better on the mud.

“The course is very flat other than the fact that there is a man-made hill so therefore it will probably be fast and it might favour the Africans. We’ll just go with it and give it our best shot.”

» See the March 23 edition of AW magazine for a two-page preview to the event, while next week’s issue will include coverage of the championships