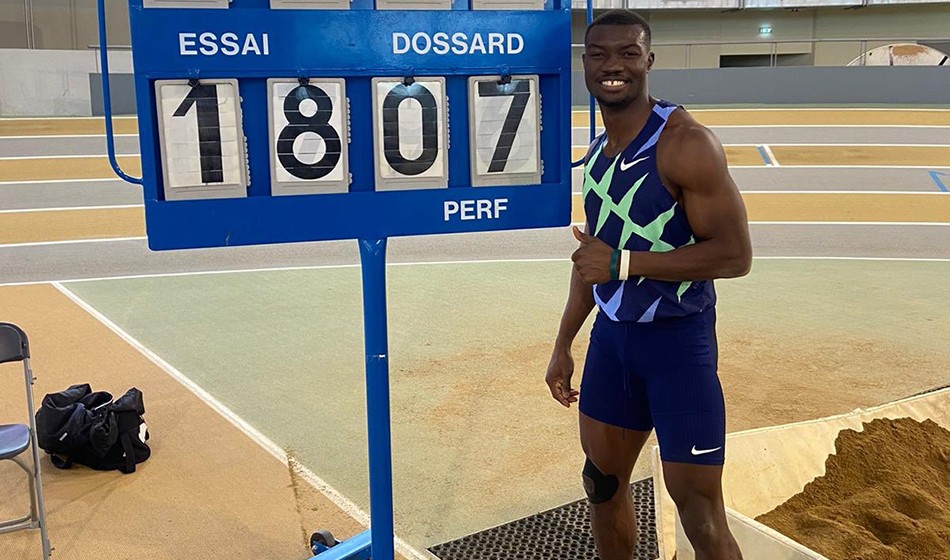 World bronze medallist soars out to 18.07m in Aubiere

The 27-year-old world bronze medallist soared out to a mark of 18.07m at the Meeting d’Aubiere to become the first athlete to go further than 18 metres indoors.

The performance, which Zango achieved in the final round of the competition, adds 15cm to the previous record which had been set by his coach Teddy Tamgho also in France, at the European Indoor Championships in 2011.

Zango, whose previous indoor best was 17.77m, also holds the African record outdoors with the 17.66m he recorded to claim bronze at the World Championships in Doha in 2019 (pictured below).

He was featured as one of AW‘s ‘five big breakthroughs’ for the summer of 2020 in the October relaunch magazine, where his continued progression with a series of 17-metre jumps was noted.

Alongside his career in athletics, Zango is studying for a PhD in electrical engineering in Lille and has ambitions of becoming a professor to teach in Burkina Faso one day. 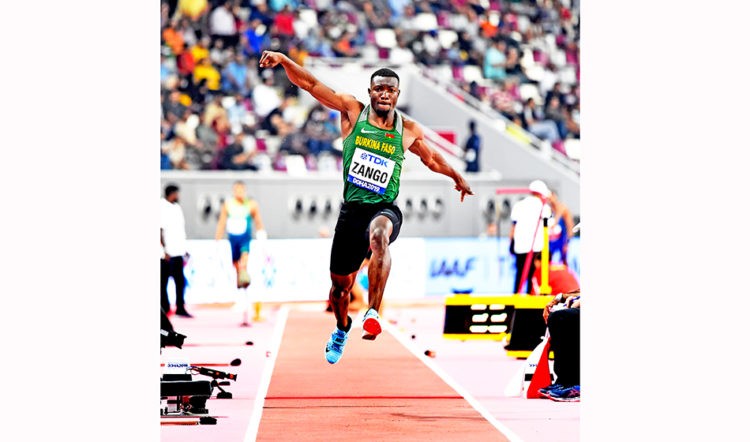 Zango’s series on Saturday included jumps of 17.33m in the second round, 17.61m in the fourth and 17.70m in the fifth before he made history with his final leap.

Finishing second in Aubiere was France’s Melvin Raffin with 16.98m, while his compatriot Jean-Marc Pontvianne was third with 16.49m.

Meanwhile, over in Bordeaux, France’s former world pole vault record-holder Renaud Lavillenie cleared 5.92m to win at the StarPerche meeting, matching his best ever indoor season’s opener which he achieved in 2011.