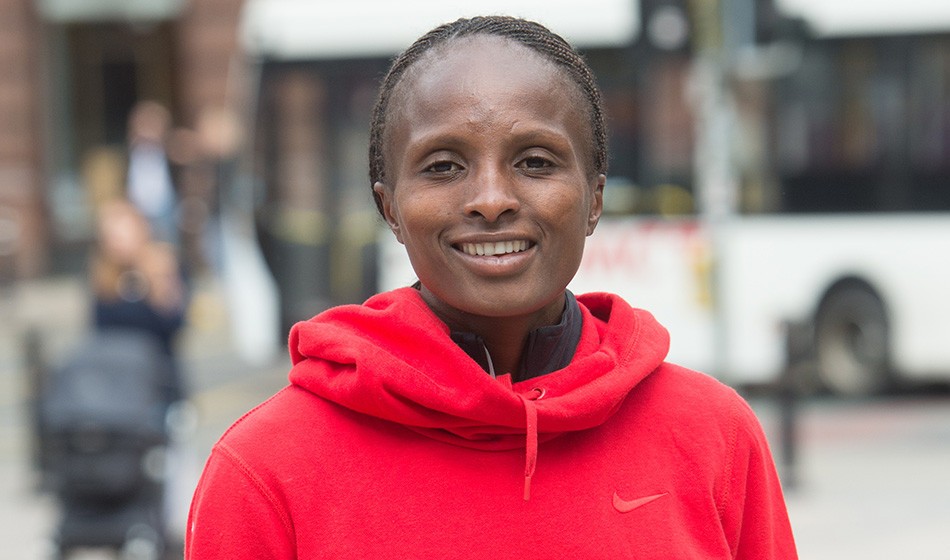 Kenyan aiming for success over 5000m and 10,000m at IAAF World Championships

Hellen Obiri has revealed she will target IAAF World Championships success over both 5000m and 10,000m in Doha this summer as part of her plan to bow out from track competition on a high.

The Kenyan won gold over the shorter distance in London two years ago and is focused on retaining her title in the Qatari capital. She admits, however, that a full-time switch to road running is in the offing after next year’s Tokyo Olympics and, with that in mind, also wants to tackle the 25-lap event for the first time.

“I’ve not done the 10,000m on the track so I’m going to do it at the Kenyan trials (for the world championships). It’s very hard to even make the Kenyan team but of course I want to make it and then from there you can see me doubling in Doha.”

She added: “What made up my mind is that I’m almost done with the track so I think I need to do final, final things. I have never done 10,000m on the track so I wanted to do it before I go to the roads, maybe from next year after the Olympics.

“I will do 10km and the half-marathon from there and then maybe (move up to the marathon) in the coming years.”

Obiri will race over 10km on the roads this weekend as one of the star attractions at the Simplyhealth Great Manchester Run, where she will be looking to carry on what, thus far, has been a winning habit in 2019.

There was her impressive and memorable victory at the World Cross Country Championships in Aarhus back in March, which followed gold at the Kenyan Championships, while a marker was put down on her first track outing this year thanks to a fine 3000m win over a quality field which included 1500m world record-holder Genzebe Dibaba at the recent Diamond League meeting in Doha in a time of 8:25.60. 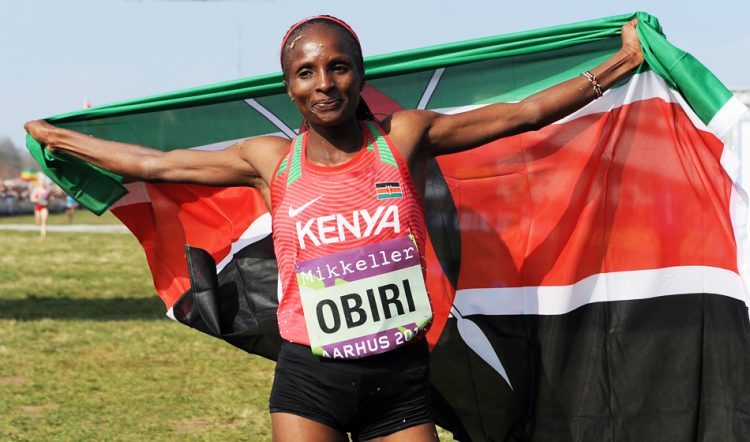 Obiri won’t deny her start to the year has been “amazing”, though the nature of this lengthy season means there has also been a note of caution amidst the celebrations.

“Aarhus was the hardest cross country I’ve ever done and my international debut. Winning there was all I wanted,” said Obiri, who took a break after the event in Denmark. “Going into Doha, I thought I would do something like 8:30 but opening with 8:25 was amazing for me.

“It’s a little bit worrying for me to be in top shape now because it’s a long, long season. I’m worried because I want to maintain that shape so I will relax a little bit and then aim to peak around August. I have to maintain until October.

“After this weekend I’m going to go home, relax a little bit and I will watch my diet, aim to stay injury-free and will start my hard training from July.”

The Olympic silver medallist is not one to shy away from pushing herself as part of her preparations.

“When it comes to training you have to be focused,” added the athlete who is coached by Ricky Simms. “Without discipline you cannot go anywhere so you need to discipline yourself so you can do the workout and do the training.

“For me, I like training with men and having male pacemakers. When you train with men they will push you so when it comes to racing ladies competing will be easier. I like chasing men in training – when I see someone in front then I want to pass them.

“In track, if you train well – you can achieve anything you want.”

When it comes to track competition, Obiri has identified Netherlands’ Sifan Hassan as her main cause for concern. The achievements of Britain’s Laura Muir have also caught her eye.

“I have raced her several times and I think she is a humble girl,” said Obiri of the quadruple European indoor champion. “I think what she has done for her country is respectable because running 3:55 for 1500m and winning two medals last year (at the world indoors) is a great achievement.

“I think she will be the athlete to watch in the 1500m at the world championships in Doha.”