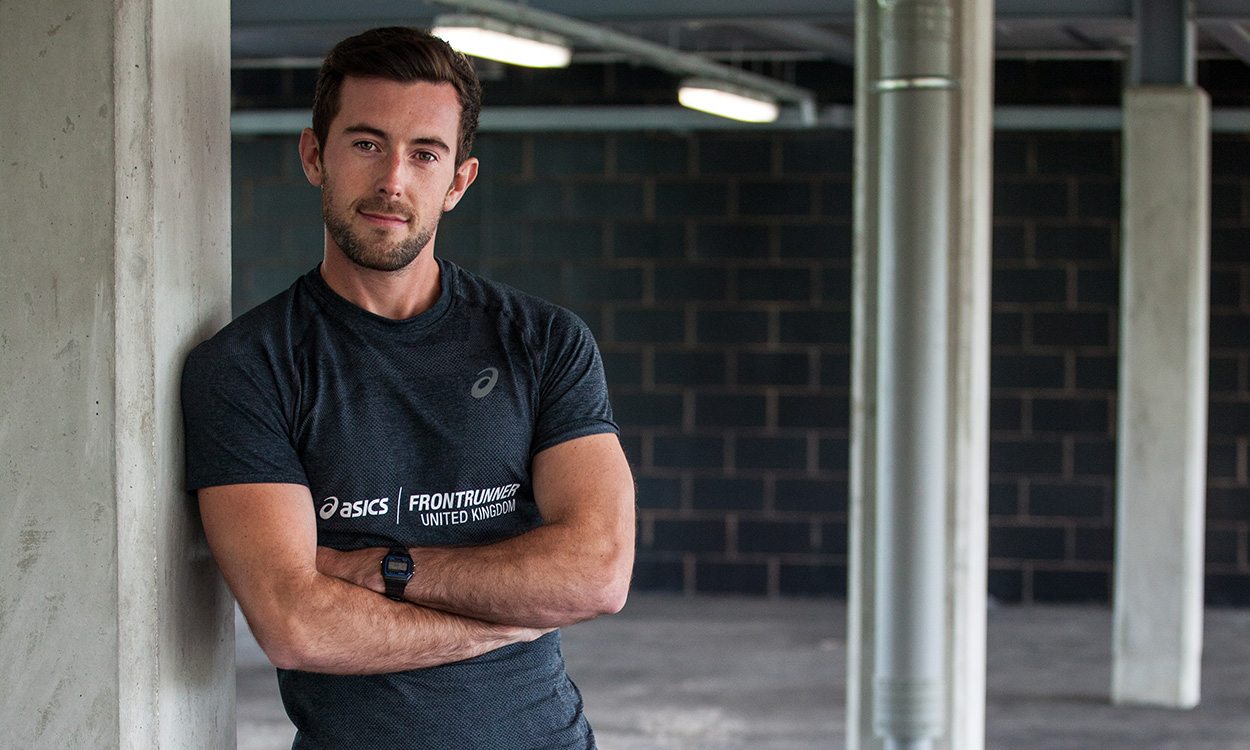 Advertorial: We hear from ASICS FrontRunners who want you to join their team

Matthew Rees never used to like running much. He only took it up as a New Year’s resolution three years ago but has quickly gone from strength to strength. He hit the national consciousness in April of last year when he stopped to help the stricken David Wyeth cross the finish line at the London Marathon. In fact, helping people is a big part of what he now loves about the sport.

Why did you start running?

I wanted to get fit but the second reason was to help with anxiety. Initially it was really tough but after a while it gets quite addictive and it really helped. I really enjoy it now.

When I saw improvements in my fitness and my anxiety – it made me realise that if I kept on running I would get better, become more confident and deal with the symptoms better. Anxiety can build up inside me and running helps to just release that. It makes me able to deal with the day more confidently.

You got good at running very quickly.

I was pretty shocked with my improvement. I’d always gone to the gym and played football but running was never really something I enjoyed.

But then the times were getting faster and faster. I joined Swansea Harriers and learned so much from them.

Has being an ASICS FrontRunner taken things to the next level?

It really has. I’ve met so many people of different backgrounds and abilities through it. Everyone is just really passionate about running and we all support each other through everything.

Are you keen to help and inspire others?

Definitely. We try to motivate people to get out there and run, to move and enjoy being fit, or going to events, volunteering at parkruns, at races, pacing people at races and various things like that. We also have cheer zones at some races, just to try and get people to enjoy running.

Through our passion for running, we want to spread our love of it and hopefully it will make others want to try it.

Is the ASICS FrontRunner team suitable for anyone?

If you enjoy running then you are fast enough. We’ve got all sorts of different abilities there. It’s crazy, we had one girl who started and she had never run more than 10km and, now that she’s part of the group, she’s running half-marathons and she’s now going to run the London Marathon this year.

You grow within the group. If you are someone who loves running, I’d advise you to apply.

What are your running ambitions this year?

I’m training for the London Marathon and, after that, I’m doing my first ultra marathon – the Race to the Towers.

It’s a double marathon so it’s a big jump up but there are so many people I’ve spoken to through the FrontRunner project and they’ve inspired me to try and to run the hills and the trails.

How much are you looking forward to running in London again, after last year?

I’m really looking forward to going back. It was an incredible day and to help Dave finish the race was really special.

He and I are good mates now. It was a positive story and it showed that we do support each other in the running community.

THE BENEFITS OF BEING AN ASICS FRONTRUNNER