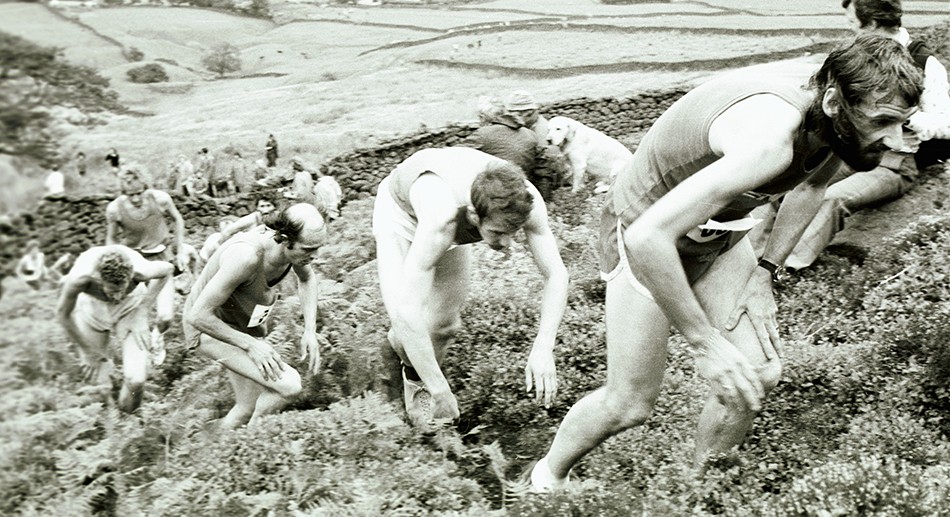 Pete Bland, one of the most popular characters in the richly colourful world of fell running, has died aged 79 after falling ill with the coronavirus.

He was mainly known in recent years for running the sports clothing and footwear store in Cumbria – Pete Bland Sports – and he was a regular at local races selling kit from his red van.

But he also organised events himself over the years, such as the Grasmere Sports, Rydal Round and Kentmere Horseshoe. And during his younger days was a fine fell runner himself (pictured above and below in the lead) – winning at the Ambleside Sports in the late 1960s, for example – as part of the Bland dynasty that also produced fell running champions such as Billy and Gavin.

In addition he was a member of the Fell Runners’ Association and a team manager for fell running international squads. 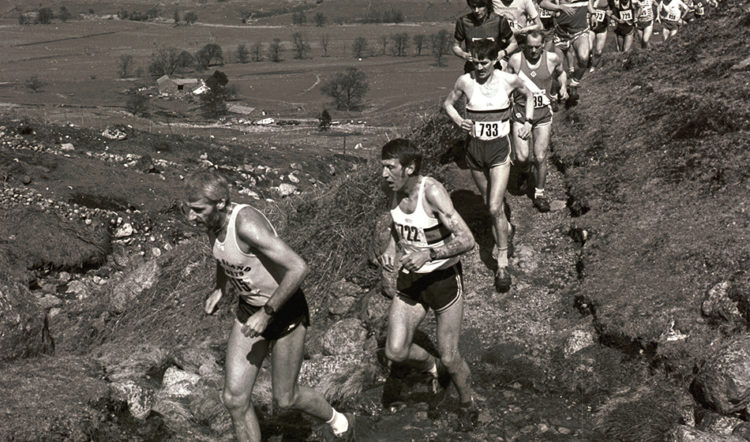 A statement from Pete Bland Sports read: “The Bland family are sad to announce that Pete Bland passed away on Saturday 28th November. After testing positive for Covid on the 7th November, Pete was admitted to hospital on the 16th. He fought so hard but the virus showed him no mercy and he passed on the 28th.

“He leaves behind wife Anne, children Louise and Matt, son and daughter-in-law Glen and Tracey and grandchildren Robbie, Holly and Billy. He also leaves behind a host of friends forged in the running community.

“Pete devoted most of his life to two things, family and running. A long running career in the Lakeland fells, with the odd spell on the roads led him to open Pete Bland Sports 39 years ago. Once the legs grew tired, Pete turned his attention to helping other runners. Ten years as England fell and mountain running team manager, forty years organising the Kentmere Horseshoe (as well as other races) and a long stint on the FRA committee just some of his notable contributions.

“This is a devastating loss for the family, but we take comfort from the fact his legacy will live on at Pete Bland Sports.”

Social media was filled with hundreds of tributes. They included one from the Original Mountain Marathon, who said: “Pete has been such an integral part of the fell running and retail community. We consider ourselves very fortunate to have known and worked with him over the years, he will be sorely missed by all of us.”

Terry Lonergan, a fellow running shoes store owner in the North of England, said: “So sad to lose a friend and running business colleague of over 40 years. He made an indelible mark on our sport and will be greatly missed.”