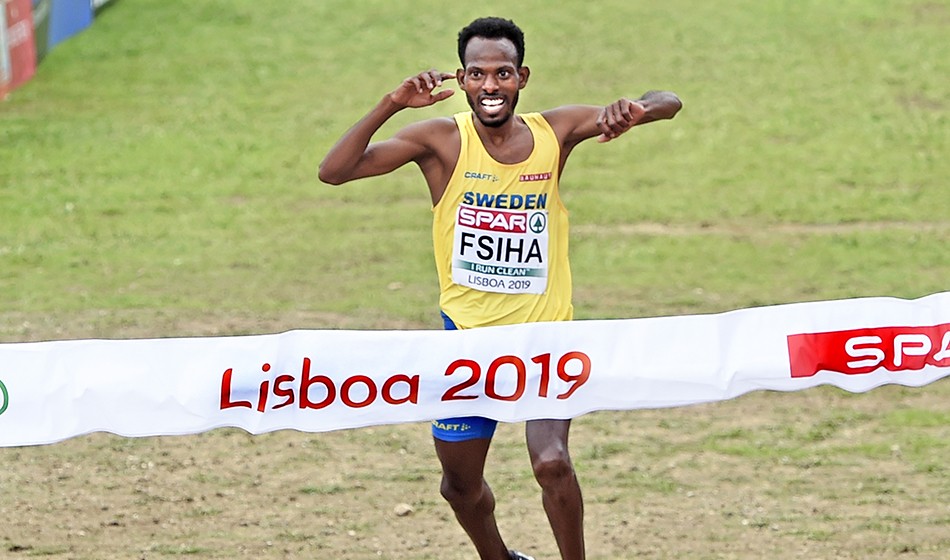 Just over 12 months ago Robel Fsiha stormed to a surprise victory in the senior men’s race at the European Cross Country Championships in Lisbon. Surging powerfully on an uphill section with a kilometre to go, he pulled clear of Aras Kaya to win by 11 seconds. Born in Eritrea but representing Sweden since 2018, he became the Scandinavian nation’s first European cross-country champion since Sara Wedlund in 1996.

“It was a really hard race but I have been training a lot, so for me, it was a matter of focusing on my training – it was easy,” said Fsiha, on a race that saw Yeman Crippa finish third, Julien Wanders fourth and Andy Butchart fifth.

In May this year Fsiha was given a four-year ban by the Swedish athletics federation for using artificial testosterone at his pre-Euro Cross training camp in Addis Ababa 12 months ago and now the ban has been confirmed by the Athletics Integrity Unit (AIU) and he will be stripped of his European title.

Fsiha, 24, who moved from Eritrea to Sweden as a refugee in 2013, claims he took medicine for a cold.

The AIU also confirms a four-year ban for Clemence Calvin and her husband and coach Samir Dahmani. The French distance runner, who won marathon silver at the European Championships in 2018, was provisionally suspended 18 months ago after obstructing an anti-doping test in Morocco – an accusation she denies.

Australian sprinter Jessica Peris, the daughter of 1998 Commonwealth 200m champion Nova Peris, has also been banned for four years for a doping infraction from three years ago. She is therefore ineligible until January 2021 and her results disqualified going back to November 2017.

With her mother also being a former senator and the first indigenous Australian athlete to win Olympic gold, as a member of the Hockeyroos at the 1996 Games, the case has attracted a lot of attention in Australia.

Jessica Peris tested positive for the banned substance Dehydroepiandrosterone, but she claims the urine test was flawed.

Investigations are also being made by French authorities after distance runner Jimmy Gressier posted photos on social media of pharmaceutical products that he claimed he found in the kit bag of Taoufik Makhloufi.

The Algerian Makhloufi, who has never failed a doping test, won the Olympic 1500m title in 2012, plus Olympic silver medals in 2016.