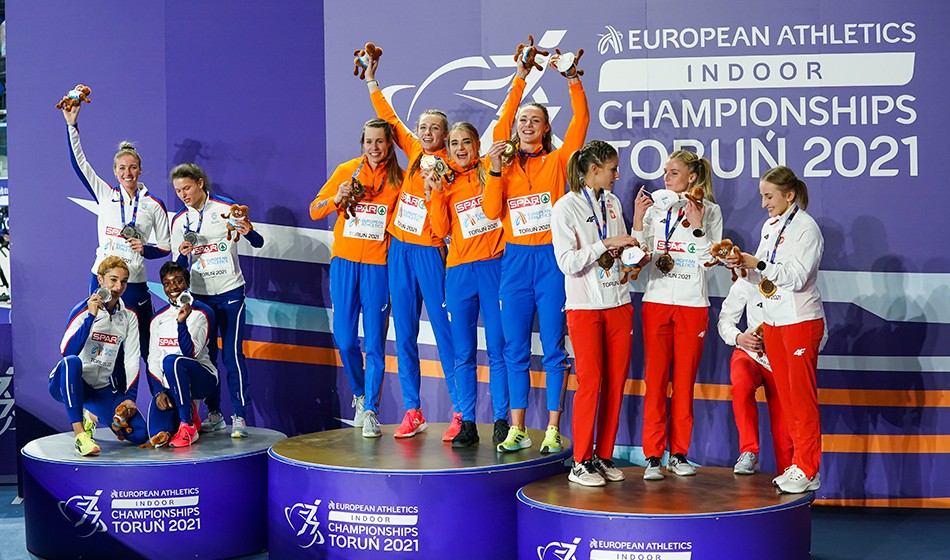 Concerns over the sport’s ability to control coronavirus outbreaks have heightened in recent days after it emerged dozens of athletes and support staff have tested positive since the European Indoor Championships in Toruń.

Despite stringent safety methods at the event in Poland, the number of positive cases that have come to light has grown alarmingly.

At least 10 members of the British squad have tested positive, leading to the entire party having to isolate for 10 days on their return to the UK. At least eight Dutch athletes also tested positive, with similar numbers in the German squad, a reported 15 in the Italian team and cases among the French, Irish and Danish teams too.

As reported during the championships on March 4-7, the Polish men’s 4x400m team was forced to withdraw during the competition due to some of its members testing positive, while host nation 60m contender Ewa Swoboda tested positive on the eve of her competition.

Belgian sprinter Eline Berings, meanwhile, criticised the testing procedures after having to pull out of the semi-finals of the 60m after what was she claimed was a false positive.

World Athletics and national governing bodies such as British Athletics have raised their concerns to the organisers. But European Athletics says athletes and officials did not fully adhere to the strict health and safety protocols while they were in Poland.

European Athletics said that “together with the Local Organising Committee and the Polish health authorities, they established a strict medical and sanitary protocol”.

The governing body added: “This comprised a PCR test before traveling, a LAMP test upon arrival in Poland, with a confirmatory PCR test if needed due to a positive, then during the championships a further LAMP test as of the fifth day and finally, a PCR test for most of the countries to abide to travelling requirements.

“All athletes, plus all member federation staff, guests, volunteers, technical suppliers and event staff, a total of 1920 people, were tested according to this protocol.

“In addition, sanitary rules that stipulated a mandatory use of a mask at all times, social distancing and the washing and disinfection of hands were duly communicated to every member federation, including the need for immediate isolation and quarantine in the case of suspicious symptoms or a positive result in testing.

“Abiding to these rules was the individual responsibility of each and every person attending the event.”

European Athletics said the virus outbreak was traced back to two hotels in particular and continued: “Unfortunately the investigation also uncovered that the aforementioned strict sanitary protocol that should also have been followed in team hotels was not always fully respected.

“For example the obligatory wearing of masks at all times, except during meal times and while athletes were competing, was not respected in some hotels. This was particularly the case on the evening the competition ended and before the departure home of many teams.”