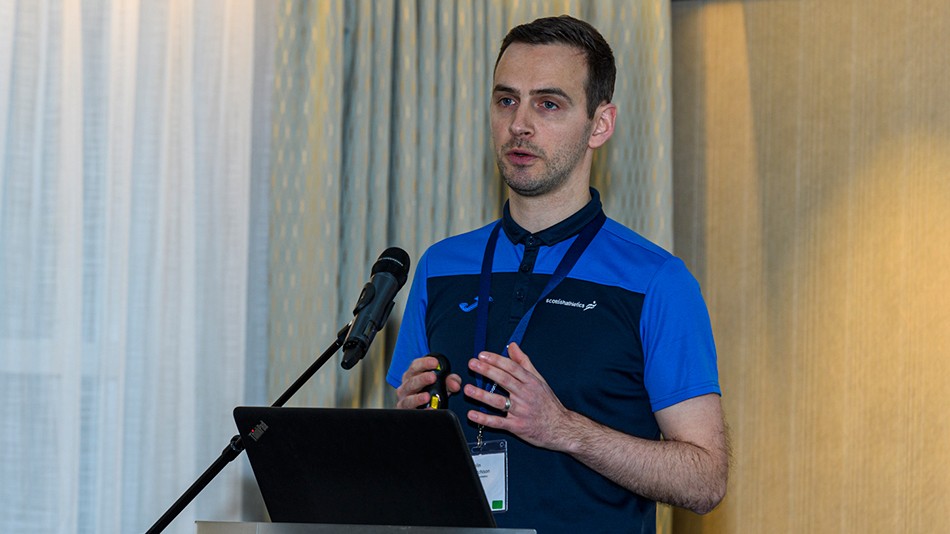 Colin Hutchison moves into the role of Scottish Athletics CEO this week as Mark Munro begins his new position with UK Athletics.

And former head of development Hutchison, who joined Scottish Athletics in January 2017, believes that an on-going focus on clubs and people can help athletics recover from the pandemic, which has hit membership and group activity during lockdown.

“Despite the obvious challenges facing us all currently, athletics in Scotland is well-placed to emerge in a stable position from the pandemic and I know that with everyone involved working closely the sport in Scotland will come back even stronger,” he said.

“The success of athletics in Scotland over the past decade has been driven by placing clubs and people at the heart of everything we do.

“This continued approach, alongside delivering the strategic initiatives outlined in our ‘Building a Culture of Success’ strategy, will ensure continued success at all levels.”

He added: “This is a crucial year for everyone involved in the sport, from those working in and supporting clubs, to athletes and coaches focussing on major championships in 2021 and 2022, and I look forward to working alongside our great staff team and Board to continue supporting and developing athletics in Scotland.”

Multiple Olympic, world, European and Commonwealth medallist Eilidh Doyle, who is also a Scottish Athletics Board member, rubber-stamped the appointment after playing a key role in the recruitment process.

“I am delighted at Colin Hutchison’s appointment as CEO,” said Chair Ian Beattie.

“There was considerable interest in the role from a strong range of candidates and a robust recruitment process has taken place over the last two months.

“Throughout this process Colin was able to demonstrate an excellent awareness of the priorities for Scottish Athletics in the years ahead and articulated a strong vision of how he intended to lead the organisation over that period.

“I wish Colin all the best in his new role and look forward to working closely with him until I hand over the role of Chair to David Ovens in September.”