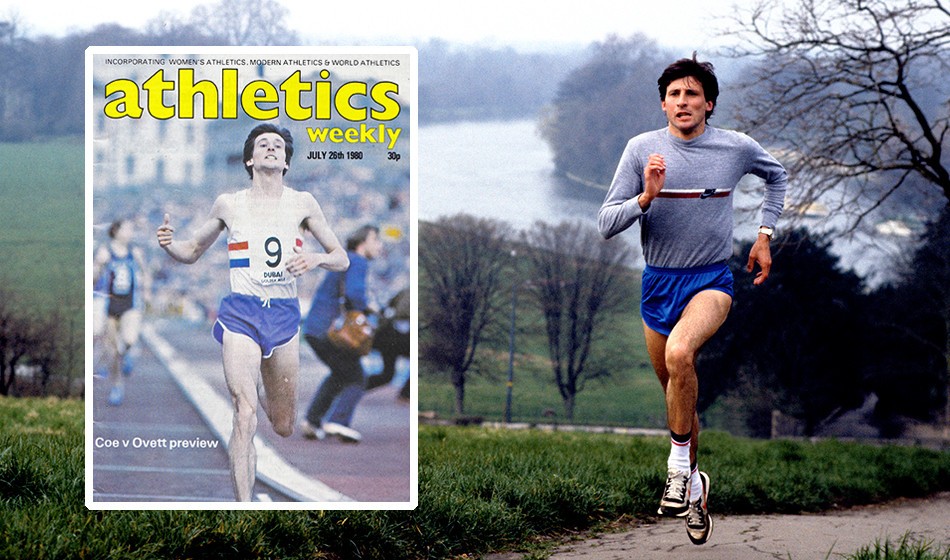 In part two of a six-part series looking at Seb Coe’s racing history, we list his competitions from 1971-75

Sebastian Newbold Coe was born on September 29, 1956, just less than a year after a certain Steve Ovett.

His first appearance in AW was in 1971 but he had competed before that but none of his results appeared in the magazine. At that time hardly any boys aged 13 or 14 had their results in AW, as unlike girls of the same age, they were very poorly catered for outside of schools athletics.

Additionally, none of his track results from 1970 to 1972 appear in either The Coe and Ovett File by Mel Watman or Sebastian Coe – Born to Run – A life in Athletics by David Miller. The track results in the latter are very detailed beginning in 1973 but just list his times and below I have tried to give some details where known of those ahead or behind him where relevant but also in events up to 1990.

Clearly, while Coe was a very good junior, especially in 1975, he was a long way short of the natural ability of Ovett and later that shown by Cram who both set world teenage records.

» The first part of our ‘Coe chronicles’ looks at his greatest top 10 races. Click here to read.

» Part four goes through his competitions from 1980 to 1983. Available for AW subscribers in the Clubhouse here.

» Part five analyses the 1984 to 1986 seasons including his second Olympic gold. Available for AW subscribers in the Clubhouse here.

» Part six looks at the twilight of his racing career from 1987-1990. Available for AW subscribers in the Clubhouse here.

Note, while some of his career highlights are available on the AW website, you will need to be a magazine subscriber and Clubhouse member (click here to log in) to read all of them.

This result did not appear until the March 13 issue and was his first appearance in AW. This event is not the main Yorkshire Championships but it incorporated a colts race which were not part of the usual Championships back then. Girls had national U15 and U13 events but boys had to wait to the under-17s for significant club competition. Runner-up was future top agent and coach Kim McDonald (11:38) and third was Malcolm Prince (11:43). The latter would go on to run 13:28.15 for 5000m, significantly faster than Coe ever did!

This result appeared a week after the first and saw him gain a 24 seconds victory over L Coupland, who presumably did not compete at the same level when older as I can find no future reference to him to ascertain his Christian name!

This was only included as so few of his races did make the pages of AW around this time but he did lead Hallamshire to team victory. The race was won by Barrie Moss (15:14) who still holds the UK youths 3000m record from his 8:13.42 1972 run.

As in the 1971 colts race, he finished just ahead of Prince but this time had to settle for second in his new age group behind Andy Hitchen (10:21).

He might have been well down on winner Kirk Dumpleton (21:19) and runner-up Ovett (21:42) but this still was a notable run as he was a first year in the age group.

Was making steady progress and this BMC race brought him on further though he finished well behind winner Paul Williams (4:01.0), who had set a UK age-16 5000m record of 14:46.8 in 1971 and went on to run for Britain in the 1980 European Indoor Championships.

He would eventually run almost 20 seconds quicker but this run at the age of 15 saw him go inside two minutes for the first time though Ovett’s Brighton clubmate Graham Cooper won in 1:56.5 just ahead of Williams (1:56.8).

More progress was made at 1500m as he narrowly took the bronze medal – sharing the time with fourth place as Hitchen won in 4:04.9.

Less than a week earlier he had run a PB 8:50.0 which would place him 10th at the end of year national rankings but he fared less well under pressure finishing 150 metres down on the winner Moss (8:42.8) – who as mentioned earlier still holds the UK youths record 48 years later. Dumpleton (8:44.8) was second and Ray set a world age-14 best of 8:46.0 in third.

Was some way from the medals. John Ashton, had his best moment in his athletics career with a win in a championships best 1:58.1. Malcolm Edwards, over a year younger than Coe, shared the winning time. Edwards looked the better prospect then and would set various age records including an age-16 best of 1:51.5 (beating Ovett’s mark) and have a good senior career too to finish fifth in the 1986 Commonwealth Games in a PB 1:45.86.

He made significant progress on his indoor form with this startling PB against senior competition.

He again moved forwards finishing just behind Martin Wilson (1:55.8) and ahead of the flamboyant Wayne Tarquini (1:57.8) who would go on to win the AAA Youths title that year in 1:53.8.

Showing what swift progress he had made in a year, he easily outsprinted Ray (8:42.2) who had been 21 seconds ahead of him in 1972. Ray went on to finish eighth for England in the 1982 Commonwealth Marathon. 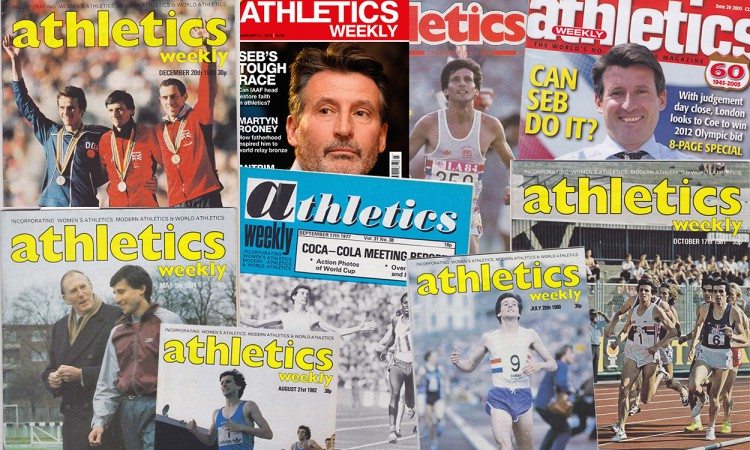 A very fast 42.1 last 300m in a PB race showed additional progress in his speed levels as he beat English Schools 1500m champion Wilson (3:55.9). He was not the only 1984 Olympic medallist to run as Ireland’s future marathoner and world cross-country champion John Treacy ran in the heats (4:00.7).

Against seniors he set another PB as he finished eight seconds down on former European Indoor 3000m champion and world record-holder Ricky Wilde (8:26.0) who was fourth.

While Ovett was winning European silver 800m in 1974, Coe missed the whole season due to stress fractures in both legs but he returned in style here. While Ovett had uncharacteristically led the National senior 1500m in 58.5, and run 3:45.2, Coe blazed his first 400m in 57.7 and held on well to win in a PB and take gold by five seconds from H Forgie, who had his finest moment in the sport following Coe home. 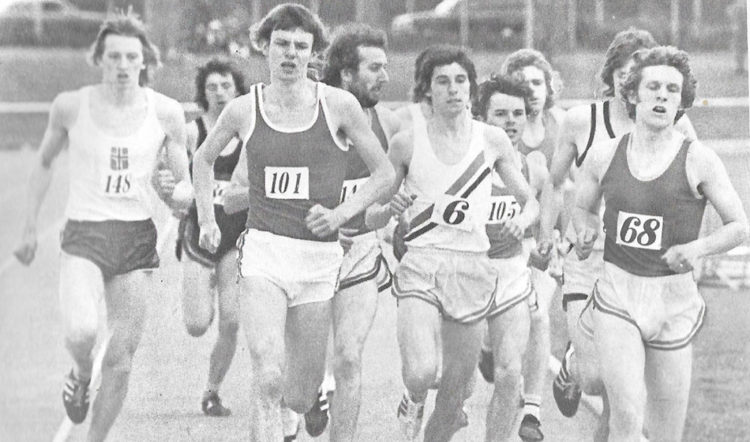 Showed his speed was also progressing as he took over two seconds off his previous best.

Reverted to Filbert Bayi-type tactics with a 57 first lap and held on well to set a championship record.

A successful international debut saw him win from Jose Abascal (3:50.9) who would also win a medal nine years later behind Coe in the Olympic 1500m.

In his final race as a junior, he led through 400m in 60.0 before conceding the lead to favourite Ari Paunonen who won in 3:44.8. Coe ran a 55sec last lap and set a PB but was picked off by Dmitriy Dmitriev (3:45.1), who finished better than he would in the World Championships 5000m in 1983 when he led into the straight and finished fourth. Flynn was 10th.