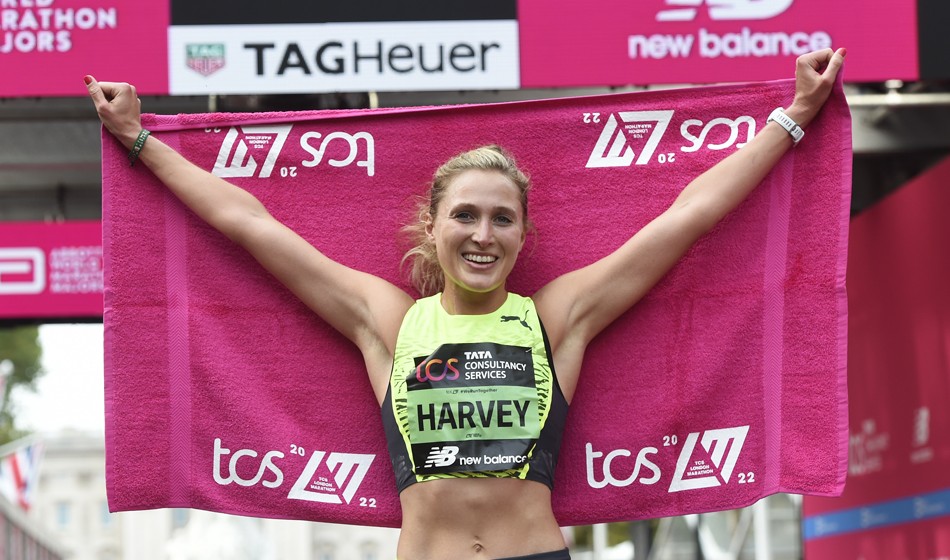 Rose Harvey finished as the first British woman home at the 2022 TCS London Marathon in 2:27:59 but her journey to that lofty position began in turmoil in the early summer of 2020 when she was made redundant during the pandemic-related lockdown.

Losing her job in corporate finance law, she found herself with time on her hands. Many people took up new hobbies and pastimes during that period. Harvey began to get fit and started training for triathlon.

“I had three months of garden leave and began training for half-ironman,” she told AW.

Soon she was encouraged to focus solely on running, though. “I began training with a group and 11 months later ran 2:31 in Cheshire and got a new job but kept going with training and then I ran 2:27:17 in Seville in February which was a huge breakthrough for me.”

She added: “It’s been an absolutely whirlwind two years. Lockdown was rubbish in every other respect but it was the start of my running career.”

The 30-year-old also ran 2:29:45 in London last year but was overshadowed by the performance of Charlie Purdue, who clocked 2:23:26 but missed this year’s race with illness. 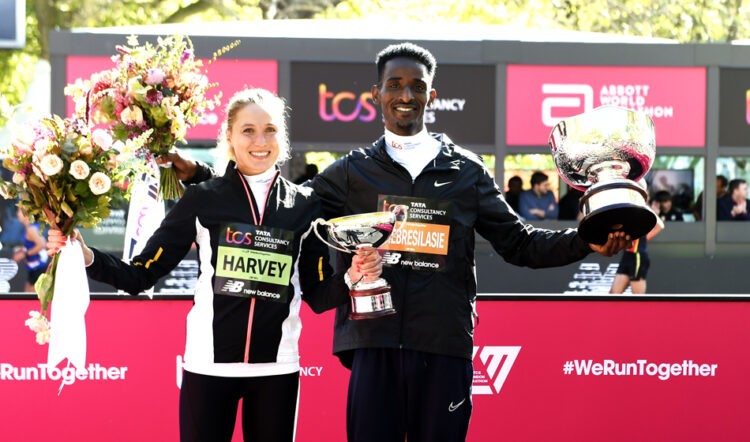 Harvey also made the GB team for the World Championships in Eugene but she had to pull out at 26km after her quads cramped badly during the race. “Heart breaking,” is how she described it at the time.

Guided by coach Phil Kissi, her improvements have led to sponsorship from Puma, though, which means she took time off work this summer to focus on training. It paid off in London too.

“I basically started running seriously at the start of lockdown.”

An incredible story as Rose Harvey started running during lockdown and today finished 10th at @LondonMarathon in 2:27:59 🙌

The Clapham Chasers athlete passed halfway in 73:59 and pushed on in the second half to finish 10th in the elite women’s race and first Brit by some distance as Hannah Alderson, racing off the mass start, clocked 2:35:56.

“It was the race of my life,” said Harvey. “Absolutely amazing. The crowds were insane.

“My pacer Calli Thackery was a metronome and went to 32km but I was on my own after that and it was a case of ‘run to the next cheer’.

“I was just outside my PB but I was first Brit and just got the World Champs qualifying time.”