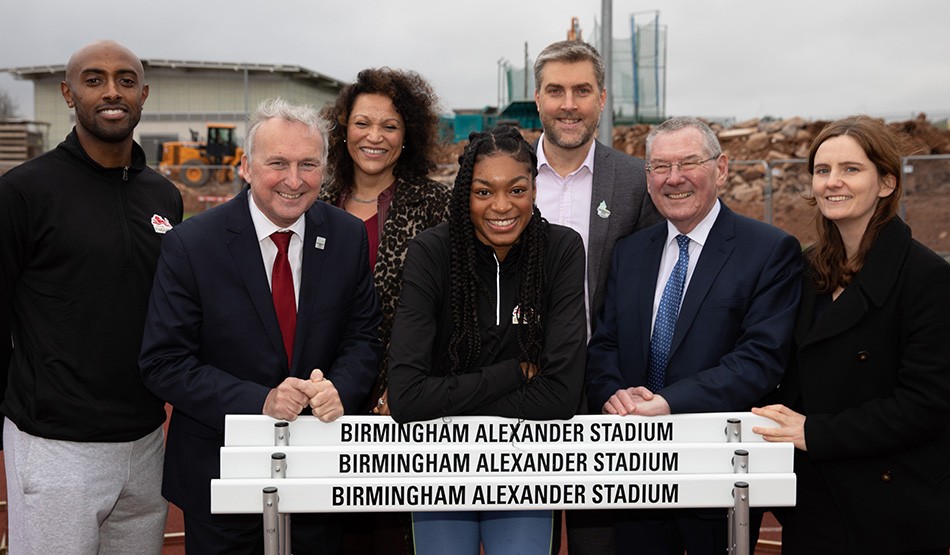 Triple jumpers Nathan Douglas and Abazz Shayaam-Smith were among those to attend an event on Thursday celebrating Birmingham 2022 Commonwealth Games plans taking a large leap forward as Alexander Stadium revamp proposals were approved.

The Perry Barr venue, which is the home of UK Athletics, is set to undergo a £72 million refurbishment ahead of hosting athletics action as well as the opening and closing ceremonies at the Games, set to take place from July 27 to August 7, 2022.

The plans would see the redeveloped stadium increase its permanent seating capacity from 12,700 to 18,000, allowing more than 30,000 during the Games through additional temporary seating.

As well as holding the Games, the revamped stadium is set to host a range of tenants including the Birchfield Harriers Athletics Club and Birmingham City University.

Birchfield Harriers’ Shayaam-Smith, who is a Team England scholarship recipient, said: “The first time I came here I was 13 years old. Today was the first day I have been to the track since they knocked down the main stand. It’s going to be really inspirational. I’ve seen the designs and it’s going to look really good.

“It’s really important, not just for athletes competing, but for how many people like me will get to come into this track and be inspired.

“To think of how many nations will come here in 2022 and compete on this track, it’s so exciting.”

Ian Reid, chief executive for Birmingham 2022, said: “The Alexander Stadium is a pivotal venue for the Birmingham 2022 Commonwealth Games, as not only will it host the track and field events for athletics but it’s also where we will stage our official opening and closing ceremonies for the Games.

“Today’s news that planning approval has been granted is therefore a key moment for us as the organisers of the Games and one which we are pleased to be able to celebrate with our partners.

“Birmingham City Council will be delivering the new sections of the stadium and we look forward to watching progress over the next couple of years, ahead of us moving into the stadium when we deliver the Games in 2022.” 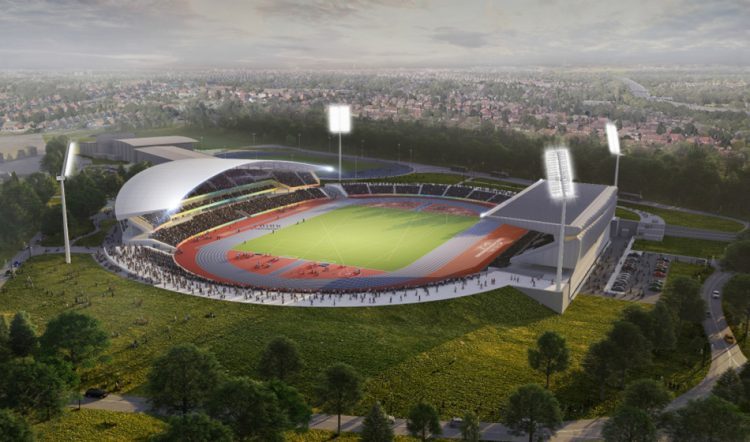 Key features of the revamped stadium include a new western stand replacing the Main, Knowles and Nelson stands plus new tiered seating to the north and south.

The competition track will be re-laid and a new six lane, 400m warm-up track will be built, while there will be new stadium lighting and a practice throwing field.

Construction of the new stand will commence this spring, with completion planned for late 2021. This will be followed by test events ahead of the Birmingham 2022 Commonwealth Games.