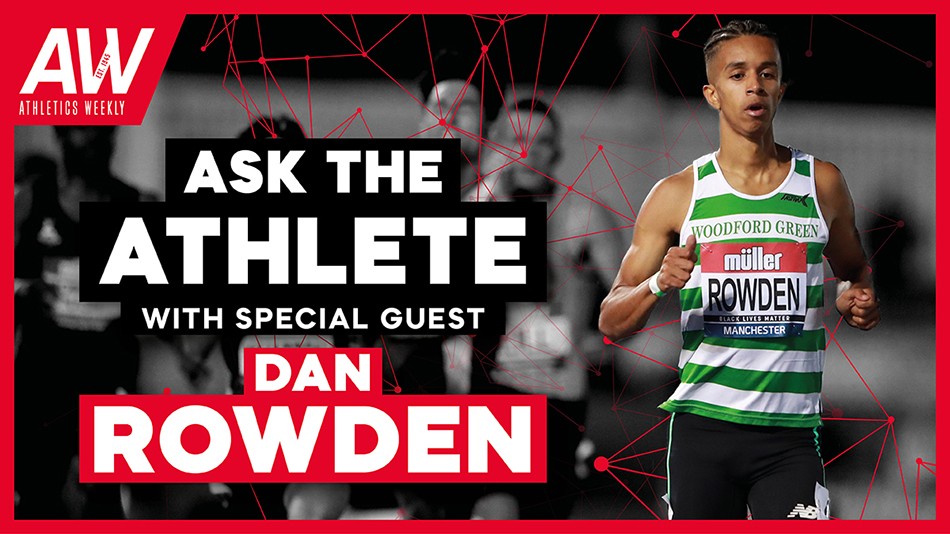 British 800m champion answers your questions and talks training, chicken wings, the importance of his Christian faith and more!

Our new weekly Ask The Athlete series kicks off with Daniel Rowden, as the British 800m champion answers your questions on topics ranging from training to treats.

Having equalled Steve Ovett’s PB of 1:44.09, the 23-year-old is already the ninth fastest 800m runner in British history and we caught up with him during a training camp in Dubai to learn more about his life on and off the track.

Have a read of some of Rowden’s answers below and then enjoy the full 20-minute episode for more.

“That is a tough one as the 800m record is fast. 1:41.73 by Seb Coe. If I ran that I probably would have an Olympic medal but that’s not how the question goes! As much as a British record is special I’d probably have to go for an Olympic medal just as it’s the absolute pinnacle of our sport. It’s the end goal and most kids dream of going to the Olympics.”

How important is your Christian faith when you’re competing?

“Well for me it’s huge, not just when I’m competing. Athletics to me is important, likewise relationships, friendships and romance but for me my faith and relationship with God will always be number one. It’s huge, it’s the reason I believe for my existence, it forms the basis for what I want to do each day and it gives me a purpose for life.”

What does a typical training week look like for you?

“I don’t say I have a typical training week. Winter training is very different to summer training. The way my coach works is that every week isn’t the same. I mean, in the winter we have the building blocks such as two gym sessions a week, one or more long runs a week, at least one track session and then maybe a hill session. In the track season, we’d do three track sessions a week. What I like about my coach is that he keeps you on your toes and stops you getting bored from doing similar sessions.”

Who was the first person to recognise that you had a talent for running?

“The first person was probably my football coach back when I was eight years old. For those of you who don’t know, I started running when I was about 12. Before that I played football, not to any high level but just for local teams. I played in midfield but transitioned to defence. I think it was my first coach who picked it up when I was able to track fast forwards who wouldn’t be able to drop the shoulder.

“But in terms of my career, probably a guy called John Stow who was the one who recruited me. He saw I was doing well in a cross country race, handed me a letter and asked me to join the club.”

If you could give one piece of advice to your younger self, just starting out in athletics, what would it be?

“I’d just say enjoy it. When you’re young it’s easy to look up the Power of 10 and figure out your ranking and the athletes who are over 10 seconds faster than you over 800m which is a big amount, but just enjoy it and have fun. Push yourself and make great friendships in a great team. It will get tough for everyone at some point so just enjoy it and you’ll go a lot further!”