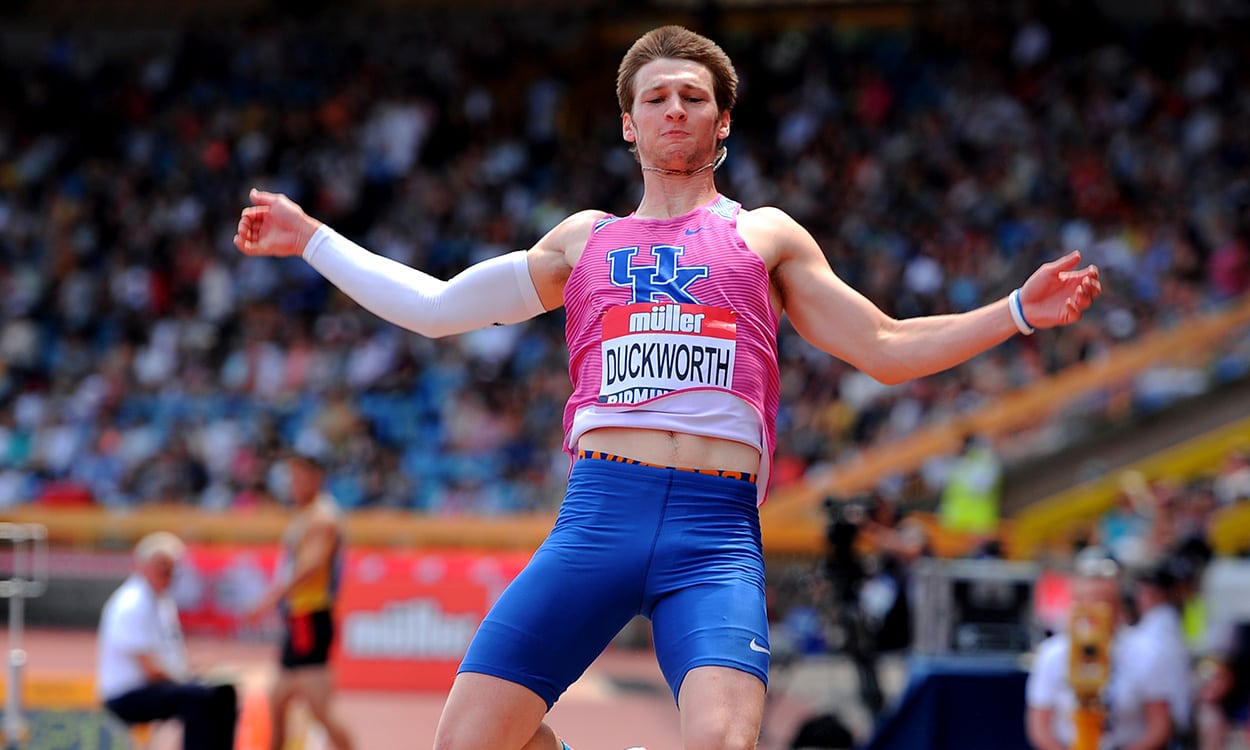 Tim Duckworth continued to impress in his first competition since winning the NCAA decathlon title in Eugene, again soaring out to eight metres to win British long jump gold in Birmingham.

The US-based 22-year-old moved to third on the British all-time decathlon list behind only Daley Thompson and Dean Macey with his winning score of 8336 points at Hayward Field last month, with his results there including a long jump of 8.01m.

With victory, the University of Kentucky athlete joined world record-holder Ashton Eaton in being the only two athletes to have ever won NCAA decathlon and heptathlon titles in the same year.

“It was a great competition with a couple of centimetres separating all of us, it was really fun,” said Duckworth, who finished fourth in Birmingham in 2017.

While his win secured him a place for the long jump at the European Championships, the timetable doesn’t make it easy to double up with the decathlon, so Duckworth’s focus is on the 10-discipline event in Berlin.

“I would have loved to (do both) but the final is on the second day of the decathlon,” he said. “My body is almost done recovering from my last decathlon which was a big PR. My body is feeling good right now and we’ve got a month or so before it starts, so it’s feeling good.

“I’ll have a couple of hard weeks of training and then I’ll come back and train in Loughborough through to the European Champs, get used to the time zone to give me the best shot of coming as high up as possible in the European Championships.”