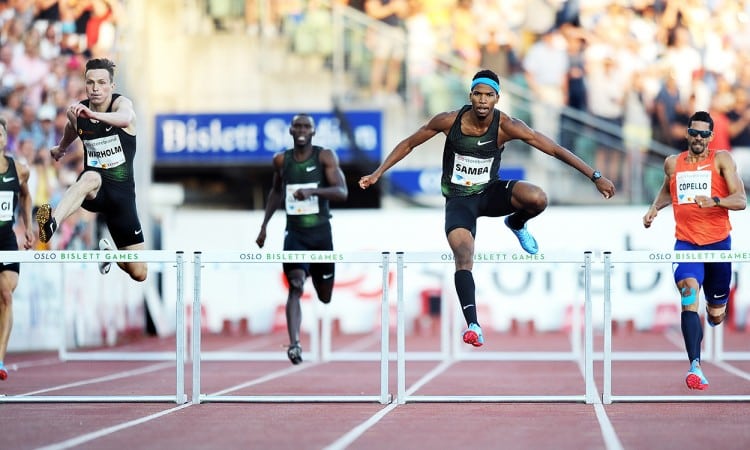 There’s a 400m hurdles rematch between Abderrahman Samba and Karsten Warholm, with Qatar’s Samba having improved the Diamond League and Asian records to 47.41 in Stockholm, while Norway’s world champion Warholm has a time of 47.81 to his name.

In the sprint hurdles, two heats feature five athletes who have PB times of under 13 seconds, while 11 of the 16 entries have best times which are sub-13.20, including Aries Merritt, Hansle Parchment, Pascal Martinot-Lagarde, Dimitri Bascou, Orlando Ortega, Ronald Levy and Sergey Shubenkov.

Bahrain’s Salwa Eid Naser, who has clocked a personal best of 49.84 this year, goes in the 400m against Shakima Wimbley and Stephenie Ann McPherson.

World champion Sam Kendricks, world record-holder Renaud Lavillenie and rising star Armand Duplantis again do battle in the pole vault, while Mariya Lasitskene will look to gain her 44th consecutive victory in the high jump, where world and Olympic heptathlon champion Nafissatou Thiam is among her competition.

South Africa’s world and Olympic 800m champion Caster Semenya is another athlete who will look to continue her winning ways as she races against Francine Niyonsaba, Margaret Wambui and Ajee Wilson, while world silver medallist Timothy Cheruiyot is among those in the men’s 1500m.

British athletes will not be among those in action, with the event taking place on the same weekend as the British Championships.

» The action will be shown live on Eurosport Player