The art of middle-distance running 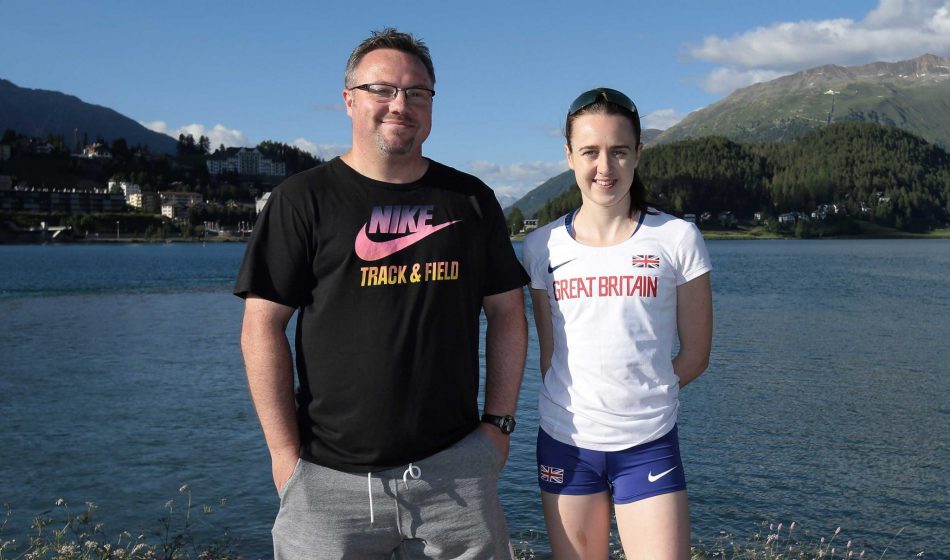 Middle-distance running is a balance of several different elements. These include three types of running – endurance, speed and speed endurance – plus strength and conditioning and technique. That is universal. Everyone at every level can learn to improve their performance by improving each of the different elements.

In essence, everyone can become a distance runner of some sort and improve substantially by training, but the level reached will be mainly determined by natural ability. Distance running is perhaps more welcoming than, say, sprinting which relies more on whether you have fast-twitch muscle fibres.

You don’t have to be super skinny to be a distance runner. If you are going to be the very best in the world – that top 0.001 per cent – then the power to weight ratio is going to have to be on target but generally in middle-distance running there’s more scope for different types of body shape.

It’s a myth that skinny is always faster and will always produce a better power to weight ratio. That’s because of the need to ensure that the body is properly fuelled and not breaking down. For elite runners it’s a real challenge to find the balance which allows you to glide over the ground but without losing the power that you need to move yourself and also to provide enough fuel for the body to sustain the training that is required.

Middle-distance running is not the most fun or the easiest discipline – it’s probably one of the hardest out there. It involves learning to work in that red zone when you’re really tired, your muscles are hurting and you have to learn to keep going. In time the body gets more used to it and adapts. Some people talk about training hard so that you can race more easily because training is where the really hard work is done. 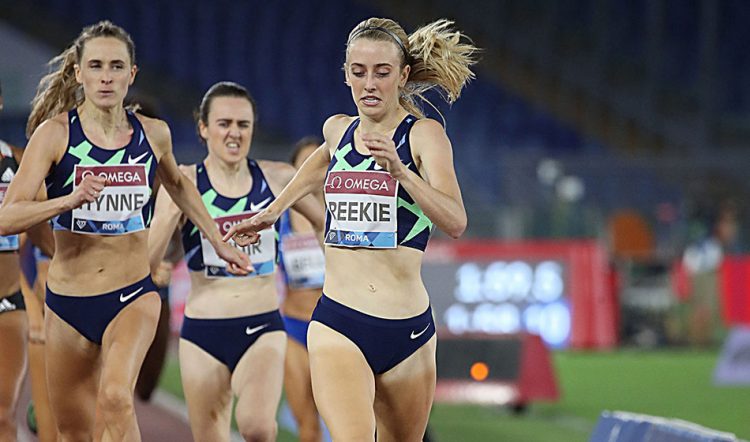 However, there is scope for every runner to get faster. I don’t mean that you can become as fast as Dina Asher-Smith over 100m, but through repeated work on technique and speed drills, week in week out – and this is something which is often ignored – over time your technique will improve and make you faster.

Developing a good technique is important but it is not easy and it is not something that changes overnight. It’s about practicing repeatedly, trying to do something the right way, working on drills week in, week out. That can help the technique and help the muscle memory.

Old habits can still easily creep back in. To most people’s eye Laura Muir would have really good technique but she still has to work very hard to keep it at that high level.

Even as one of the best in the world at 28 years old with an Olympic medal, there’s still room for improvement. I still find myself pestering Laura about aspects of her technique. There’s no magical way of just walking in and saying “adjust this, change that” but it’s something you’ll be working on throughout your career. 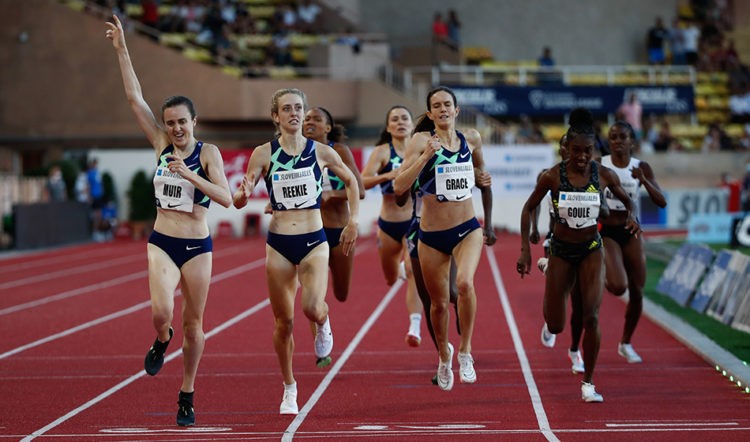 There is no right and wrong answer. One way is to approach it from a slower, endurance-based format with more volume, while the other way is more speed-based – faster but lower volume. I’ve seen both move towards similar results in the end. While those are quite different approaches in terms of total mileage, they both go back to the key elements.

If you approach it from the true distance side – having speed endurance and some speed – it’s going to help, while having endurance is still an important element of taking the approach of the faster but shorter mileage, especially as you get older.

You can’t say it has to be this, that or the other.

I tend to take the approach that everything is done slightly faster without a massive mileage.

For most of her career, Laura has done one gym session a week but I’ve recently put a second one in. I have put weights in for the first time. The session would be some kind of strength work, basically circuits, once a week throughout the year and we don’t necessarily shut it down in the track season. It’s always been a key element of the programme.

If you look at Jemma [Reekie] and Laura you can see that they’ve got strong, toned body types and that’s from week in, week out doing the strength training. We haven’t worked on creating a lot of bulk but what you do see are well-toned athletes.

I always give my athletes one rest day per week. We train hard and we train intensely for six days and, having challenged the body that much, it’s important to give it time to recover. Also, if you’ve got any niggles or muscular issues then giving the body a day off gives it a chance to recover.

Recovery is something that I’ve always taken quite seriously. I might face an uprising if I tried to take away that day off! If I needed to put in extra work, I would prefer to do more in the six-day period and keep the recovery day rather than losing the day off. 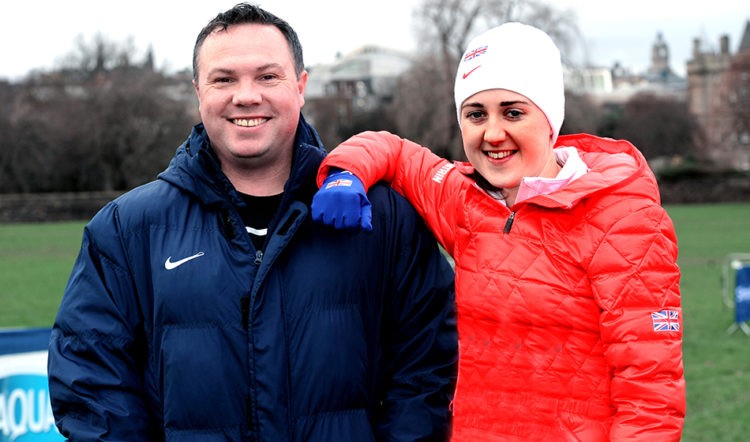 There’s no simple answer to this but a vital thing is just racing. Take Laura and Jemma. When I met them, they were completely different athletes in terms of their ability to race.

I started working with Laura when she was 18 and she was not in any way an experienced racer. It was almost a case of teaching her how to do it from scratch.

She hadn’t done a lot of racing and what she had done had not been in a particularly competitive environment so, when she was put in a track race with 10 other good girls, it wasn’t something she was particularly comfortable with or particularly knowledgeable about.

Jemma had come through the club age groups and had done a lot more racing so she was a much more natural runner and racer in that environment. She was much more comfortable in it, so I had less of those elements to teach her.

A key element is just getting out there and seeing what works and what doesn’t. I am a great fan of the British Milers’ Club races, but there is also a lot that you can learn just running in club races which aren’t paced – learning to position yourself, making mistakes and learning from them.

It’s great if you can start at a young age, where it’s a lot more fun, and learn where to be in a race, watch and improve. Sometimes it’s easier to watch a different race and point out mistakes rather than always going back and critiquing your own races.

When they are younger and at a slightly lower level I encourage people to race lots – indoors, outdoors, cross country, whatever. After all, racing is what you train for.

In the training I have described so far I am primarily talking about what is suitable for adults. I would make quite a distinction between this and what I would advise for a younger athlete. It would be very easy for me to take a good 14-year-old and develop aspects of their running and make them appear like a potential star very quickly, but it would not necessarily be good for their long-term development.

As youngsters it’s a good idea to be improving all the key elements – endurance, speed and speed endurance – and as an athlete gets older it may be an idea to introduce a bit of strength and conditioning through circuits.

However, it is of key importance not to try cram everything in at once and overdo the training as a younger athlete. At this age these various elements may be spread out over the year, with different focus at different times. 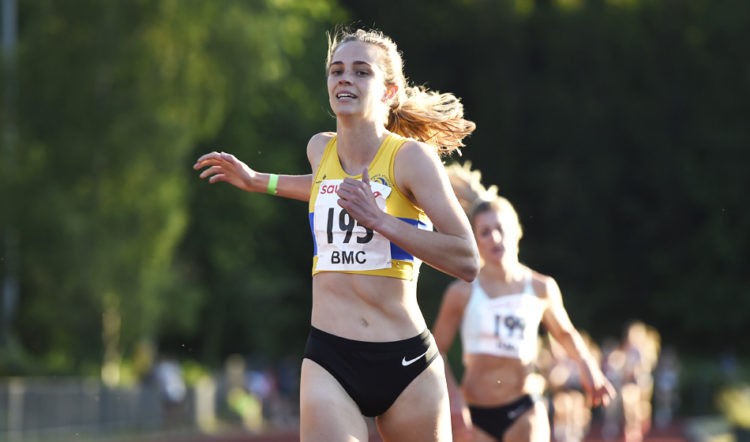 I’d rather see a well-rounded athlete at 18 who is not overtrained when they join my group, than one who has pushed their body too hard or too specifically too early.

What I’d like to see more focus on with younger athletes is working on technique and improving it. If you have worked on technique as a teenager then you are more likely to be better when you get older and increase the training. If you’ve already got better technique and better running economy, you are in a stronger place.

In the early years the way the body responds can be a bit different from that of an adult when exposed to training. Youngsters down at the track might do something that looks a bit more speed-based or less specific with longer recoveries, but even when doing this they may continue to see their overall aerobic and anaerobic capacity improve – even though they weren’t particularly working on that. Just going and doing a workout, doing a mix of things which don’t seem specific for distance running, can bring good secondary benefits.

However, by also doing the speed stuff and having more recoveries, younger athletes are also improving those elements of their running and that’s key for when they get to about 18 years old and are beginning to take it more seriously and becoming more specific in their training. By then they will have developed a wide range of skills and abilities.

Andy Young is one of the world’s leading middle-distance coaches and trains athletes such as Laura Muir, Jemma Reekie and Erin Wallace