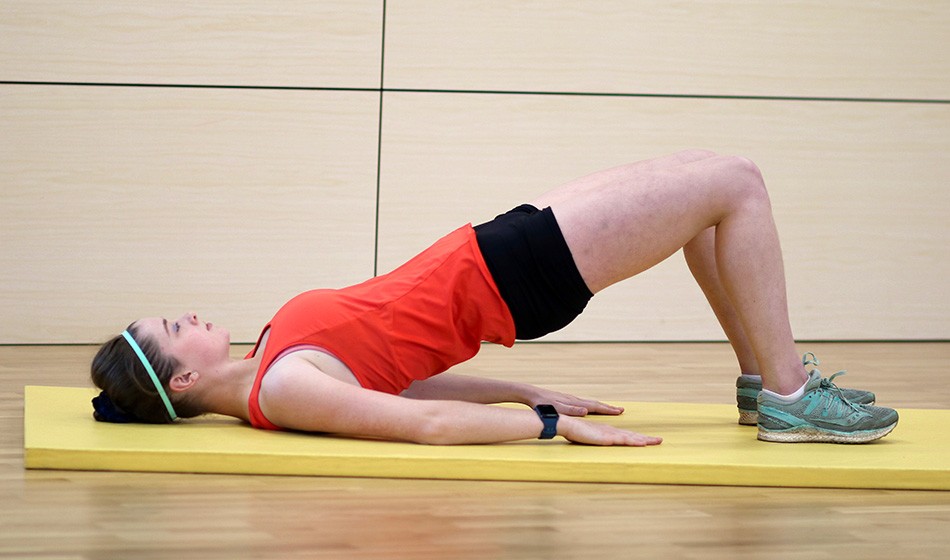 Strength training away from the track, roads or country is crucial for endurance athletes, writes David Lowes in the first of a two-part article

Endurance runners achieve strength gains through day-to-day running training. However, these aren’t specific to any one muscle group and those advances are generally only centred on leg strength as a consequence of sessions and the terrain on which they are performed – for example, leg strength derived from hill runs performed on soft ground.

Strength and conditioning (S&C) is a huge subject in its own right and there are thousands of different exercises and numerous theories as to how to build and maintain strength for numerous sports including all athletic events and forms of running.

Elite endurance runners will often have specific S&C programmes and these may include some complicated exercises which require specialist equipment. However, most club runners will have more limited time and will benefit more from the inclusion of “simple”, yet no less effective, exercises performed two to three times a week. They may even be able to do some of these in their own homes without going to the gym.

“Most club runners will have more limited time and will benefit more from the inclusion of “simple”, yet no less effective, exercises performed two to three times a week. They may even be able to do some of these in their own homes without going to the gym”

Runners can pick up some simple yet effective S&C equipment at many online sites at bargain prices. I’m referring here to dumbbells, Swiss balls, medicine balls, Therabands and gym mats, all of which are options. Plyometric exercises, such as drop jumps, using a purchased “box” or improvised sturdy platform are also possible. You could use your garden or garage with a mat on the floor to cushion landings for suitable specific endurance plyometric S&C.

For many endurance athletes S&C conjures up “core” strength and little else. Although the core is a much bigger area than just the abdomen (or “six-pack”), it isn’t much good if your legs haven’t got a “100-pack” capability!

The reason behind including some S&C in your weekly training plan is to make the muscles and other soft tissue used when running stronger, which will reduce the chances of injury, improve posture and ultimately specifically enhance performance.

Finding out the value of strength and conditioning

An interesting mini-survey I did a while ago included interviewing 12 endurance athletes who did S&C as part of their training regime and it came up with these conclusions:

» Most thought it beneficial or essential.
» They found it improved performance.
» It reduced the incidence of injury.
» It was an enjoyable distraction from running.

When asked about their current injuries (calf and quads), two of the interviewees said that they had worked intensely on these areas. In a nutshell S&C may reduce the incidence of injury but it doesn’t eliminate it completely, especially if a specific recovery process and gradual return to running isn’t fully followed.

Strength is loosely defined as the highest amount of force that a muscle group can produce under specific conditions. Running speed is directly related to the amount of force you can produce against the ground over a short period of time (ground contact time). It becomes obvious that if you want to run faster, making your muscles able to apply greater specific force is a sensible place to start.

The specificity of the exercise to running is also important and many would-be S&C coaches can prescribe more of a generic programme. I know of rowers, as an example, being given exactly the same repertoire of exercises as a long distance runner, which is not exactly what you would want!

So, for endurance runners, the conditioning exercises should include glutes, hamstrings, quadriceps, foot, ankle, trunk and also the arms. Although strength is the main concern, any gains also help with stabilisation and overall body balance.

Specific strength development will include resistance work (weights/ body weight) and plyometric exercises (many of which take the form of running and hurdle drills).

For those wishing to do a home workout, the main aim should be to keep things simple.

I have seen some unbelievably complex exercises and although I understand their intent, they are not for everyone. Any exercise done, should be performed with full control to realise the full benefits and reduce injury.

Other advice: don’t neglect your arms! The shorter your race distance, the more you’ll need them to help “drive” your legs – especially with lactic levels rising rapidly as in an 800m which some see as an “elongated sprint.”

Lateral movements can also help immensely and make specific body parts even stronger and injury resilient. Lateral lunges and hops and bounds, for example, come to mind here and strengthen the ankle knee and hips.

And think about this, if your running biomechanics are inferior and there is a weakness created by an “incorrect” overload on a body part, the more volume that is done the higher the injury or stress risk.

If you run around 1000 steps per mile, then for those doing heavy mileage (100 miles per week) that’s approximately 100,000 steps a week and that’s a lot of stress on legs (and the rest of the body) that may have potential weak spots which could lead to injury.

» This article was first published in AW magazine