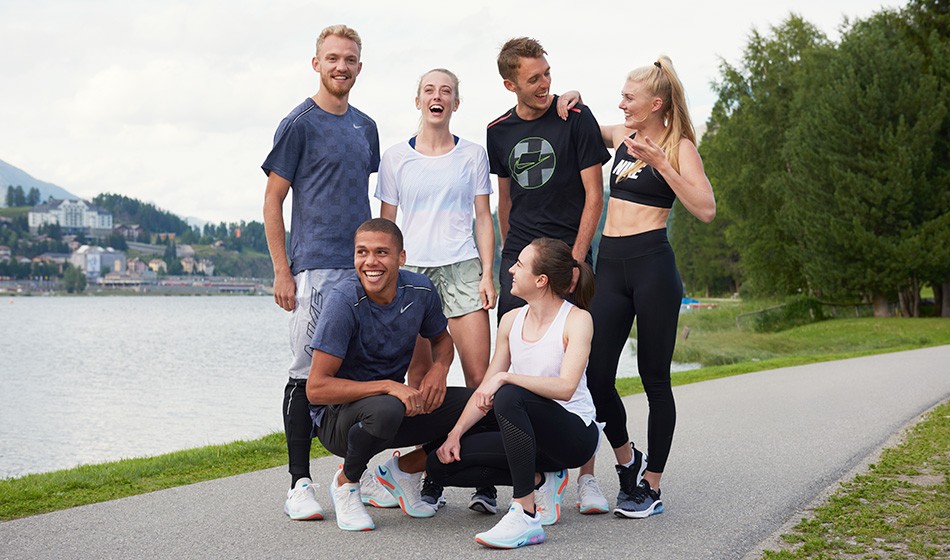 Laura Muir, Charlie Da’Vall Grice, Ellie Baker and Kyle Langford explain what you should do after sessions to get the most out of your training

Laura Muir says she sometimes gets strange looks from people wondering why she is carrying a bucket around with her everywhere she goes. The European champion fills it with ice and water to dip her lower legs into after training. On other occasions, she has been known to stand in frozen lakes at high altitude training camps in order to reduce inflammation.

“We do pretty intense track sessions,” she says, “and we usually ice a lot afterwards, so I usually do a 10-minute ice bath. I use a bucket that goes up to my knees so I often have my own bucket that I cart around everywhere.

“Then I often get physio treatment afterwards too in the form of a sports massage. That might last about an hour and flushes the legs out and gets rid of any tightness in the calfs, hamstrings or back.”

The Swiss mountain resort is where the athletes were based over the summer. The thin air at 1850m above sea level is ideal to train in, but for the training to have its best effect it is vital to employ the best recovery techniques.

Ice baths aside, eating and drinking as soon as possible after a session is recommended. “I usually make my own smoothies with things like milk, yoghurt, banana and honey,” says Muir. “So when I’m recovering I have carbs and a bit of dairy in there too.”

Grice agrees: “Recovery starts as soon as I finish my session. I usually try to get in a recovery shake as quickly as possible. They say you have a 30-minute window. Sometimes I use gels too and make sure I’m hydrated.”

Often there is the need to improvise as well. “I was doing a track session in Italy recently,” says Grice, referring to one of his group’s regular trips from St Moritz to Chiavenna, just over the Swiss-Italian border. “I ran out of my protein powder so I just bought myself a pint of milk and I got that down me.”

For Baker, recovery methods were important after her heat at the European Under-23 Championships in Sweden this summer. She took silver in the final behind fellow Brit Jemma Reekie and says: “Straight after my heat I tried to get my protein shake down as quickly as I could. Then I did my cool down jog and then physio where I can get a flush for my legs.

“Then back at the hotel in a situation like that I would typically have dinner and do a contrast shower. I’d do a minute on warm and a minute on cold repeated three times. It helps flush the lactic out so I feel ready to go again the next day. I also use Normatec – which compresses my legs and helps the recovery.”

Sleep cannot be underestimated too. “It’s massive,” says Langford. “Sometimes after a big session if I’ve had a lot of coffee then I might not sleep too great so I might sometimes struggle to get to sleep and, if so, I try to have a lie in.

“If I do a morning session I will often have a nice two-hour nap after doing all my recovery stuff. This means that if I don’t sleep too well at night then I have got this back up. Once dinner is done in the evening I start winding things down and get ready for sleep because I know it’s massively important. They say an hour before midnight is worth two after so I always try to get to sleep by 10.30-11pm although it doesn’t always work that way.”

Trying to sleep after a race is more difficult as many athletes now take caffeine before their event as a legal performance boost. “If you take caffeine and you’re racing at about 10 o’clock and then you have a drugs test and don’t get back to the hotel until about 1am then it’s horrible,” says Langford. 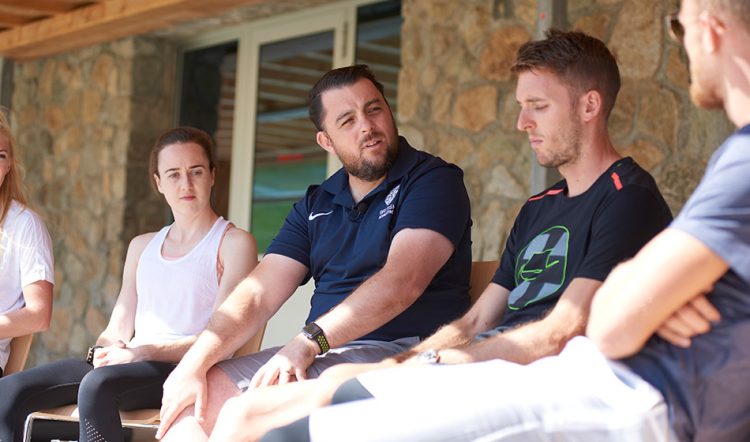 Muir says she struggles to take afternoon naps because she was always used to being so busy when doing her veterinary studies. But Grice says: “I always try to have an afternoon nap. It’s one of my many talents. I can sleep anywhere.

“Getting eight hours a night is very important. I think there have been studies that say if you get less than eight hours then you’re twice as likely to get injured.

“There’s a lot of money spent on gadgets and stuff but people maybe forget the real basics such as sleep.”

Grice, Langford and others in St Moritz like 800m man Elliot Giles often do a hard gym workout after their track session. They feel it is better to have a really hard day followed by a good recovery day rather than doing hard sessions every day. Given this, the pace and nature of recovery runs are important.

Grice’s assistant coach Dan Stepney has jokingly coined the phrase “sexy pace” to describe a casual, conversational pace that helps the body recover. Fudge adds that the slow recovery pace has been dubbed “the Kenyan shuffle” when the athletes do it when training at altitude in Iten.

Langford says: “Myself and Charlie pretty much go on feel if we do a recovery run together. Sometimes we just plod or go as slow as we want to go. But if one of us wants to go faster then we let them go.”

They will typically do a track session earlier in the day followed by a gym session in the afternoon and then a 20-30-minute jog to end the day. “It just gets the lactic out and stops you stiffening up,” says Langford, “otherwise you feel terrible the next day.”

Muir uses a heart rate monitor to judge her pace. “I usually run about sub-6min mile pace throughout the year but in the summer it becomes a little faster – maybe up to around 5:30min mile pace,” she says.

“I wear a heart rate monitor all the time for every run. When it comes to altitude we run to the heart rate so because we have so much data now from running over the years we know what my heart rate is at sea level when I do a run so when I come to altitude I have an alert on my watch during the first few days of altitude which tells me that if I get to a certain level then I should slow down a bit.”

Is there anything the athletes neglect? “Stretching!” says Baker. “I try to stretch after sessions but sometimes forget!”

“Sleep,” says Muir. “I get a good sleep but I never really nap during the day. It’d be good to be able to nap but I’m used to feeling so busy that it’s hard to switch off.”

“Same for me,” says Langford. “I go through stages where I’m really on it where I go to sleep at 10.30pm and nap in the day but that usually lasts about two weeks before I go back to a period of going to sleep too late.”

As for tips for ordinary athletes? Baker wears special glasses at night to block out the blue light from her phone and help her sleep, while Langford recommends Epsom salts.

Muir adds that regular physio or massage is something she has several times a week and which can help keep injuries at bay.

Going easy on supplements is Grice’s advice. “I take a multi-vitamin, probiotic, fish oils,” he says. “But I think you can take too many supplements and kind of overdose on them.

“It’s better to get all these things in your diet with real food. It all has to be Informed Sport too.”

» The Nike athletes in this feature also wear the Nike Joyride Run Flyknit, which is ideal for recovery runs and available from nike.com from August 15 for £159.95