How to boost your performance (legally) 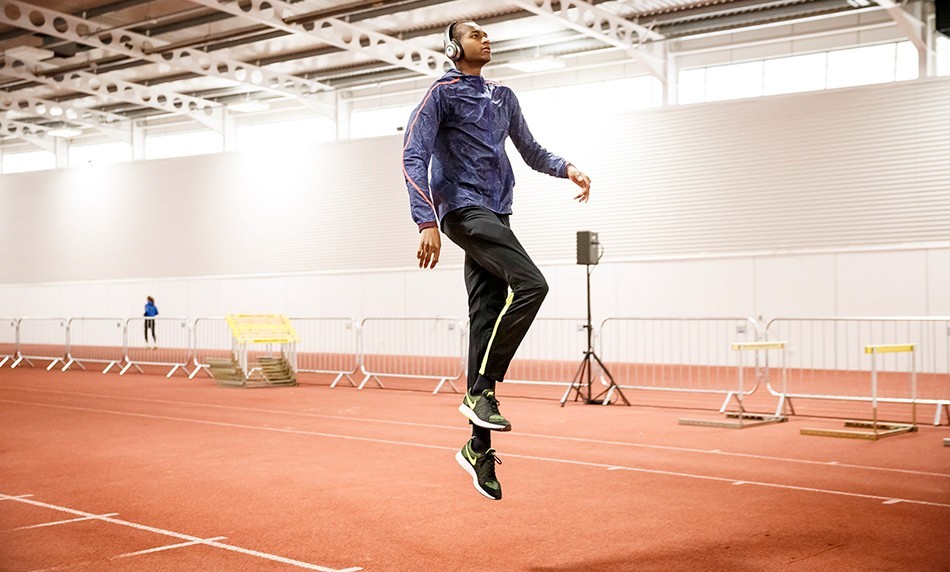 Running, jumping and throwing can all benefit from potentiation, says John Shepherd

What if I was to tell you that you could increase your sprint times, jumping ability and weight training strength in minutes and that these effects could be career lasting. Would you be sceptical? Well what follows is perfectly legal, yet it can “magic” up greater performance. So, what are we talking about? Potentiation.

Potentiation, or to give it its full name “post-activation potentiation” (PAP), requires athletes to perform broadly related conditioning activities so that each stimulates the other. Or in reality the neuro-muscular system of the athlete to boost speed, power and strength immediately. Performed repeatedly, potentiation will lift these crucial performance variables and improve the athlete.

Although potentiation would seem to be the friend of the sprinter, jumper, hurdler or thrower, it also has validity for the middle and longer distance runner. After all, if that latter event group can increase their reactivity and top-end speed and with it develop greater leg stiffness then they will require less effort to travel the same distance. In short, they will have enhanced their performance economy.

Sports science shows that performing related and normally paired activities, such as the weighted back squat and the jump squat, will elicit greater power and speed than if the conditioning activities were performed separately. Each exercise triggers the other to stimulate the power boost and hits the fast twitch muscle fibre motor units and the neural signalling that triggers them.

Try it yourself: if suitably conditioned perform a set of medium to heavy weight back squats (five or six repetitions) then after a minute or so perform, for example, a jump for height from standing (if in a gym try to touch a basketball ring, for example). Chances are you will jump higher than if you just warmed-up and then went to jump to touch the basketball ring.

It’s interesting to note that the “weights to jumps boost” also works the other way around – so, if you were to perform a set of full power squat jumps before squatting the chances are that your weighted back squat performance would also be lifted.

Research further indicates that a similar potentiation regime can stimulate sprint performance. A review of 47 studies in Sports Medicine looked, for example, at the effects of different conditioning activities on jump, throw and sprint performance.

Interestingly the research also factored in recovery (between potentiating activities), the prior strength levels of the subjects involved in the research, the volume and intensity of the conditioning activities and even the depth of squat used.

They added: “A larger PAP effect is observed among stronger individuals and those with more experience of resistance training.”

Are plyometrics a superior conditioning activity?

Research in Journal of Medicine and Physical Fitness looked into whether performing plyometrics as a part of a warm-up could increase 20m and 40m sprint times. Relevantly, 10 collegiate male sprinters took part in the survey. The sprinters performed the sprints under two protocols – firstly without plyometrics in warm-up and secondly using loaded jump squats (weight total 11.2kg which was 12.8%-16% of the various sprinters’ body weights).

It was discovered when using the loaded jump squats, sprint times were improved over both 20m and 40m. Without going into specifics of the statistics this was seen to be a small to medium effect.

So, this research backs-up that of the previously quoted review. Similar findings were also made in Journal of Strength & Conditioning Research when using bounding to see whether it potentiated acceleration. The research team did note that “sufficient recovery” needed to be taken between the bounding and the sprint acceleration.

» Intensity of programme – high intensity with 80 combined jumps per session

Give it a go yourself

Try for yourself the potentiating potential of weights and plyometrics on jumping and sprinting. You will need to try out a number of protocols to see which works best for you. See below for some suggested example sessions based on the athlete level of training maturity.

It might be thought that potentiation would work best with sub-elite level and not elite athletes as the latter will have well and truly tapped into their potential. However, research in BMC Sports Science Medical Rehabilitation proves otherwise.

Ten elite sprinters performed two trials involving plyometrics. The first had them perform eight drop jumps and 4x30m sprints and the second 10 maximal for distance two-legged jumps 10 seconds before a single drop jump (DJ) and then a 30m sprint.

» This article was first published in the October 24, 2019, edition of AW magazine