How fast are the best long jumpers? 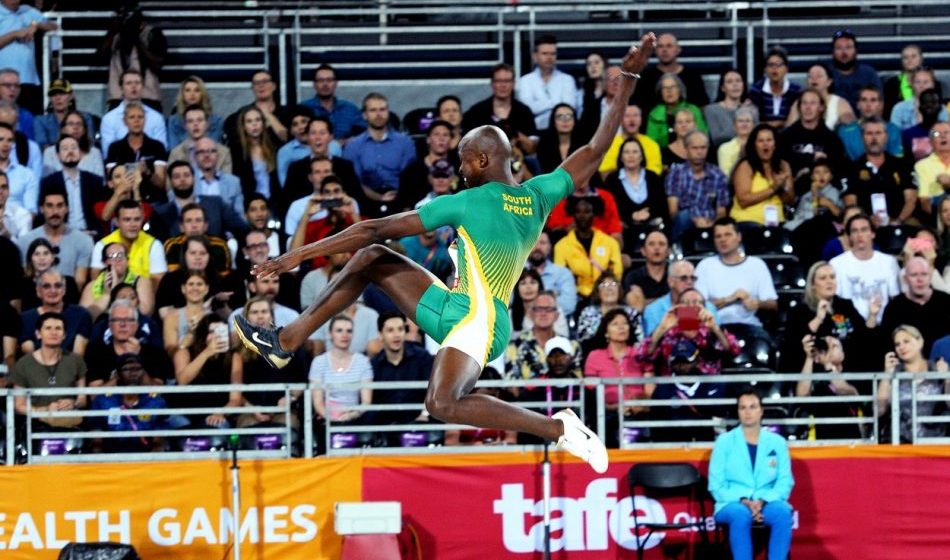 Speed is crucial when it comes to long jumping further, says John Shepherd

You may have noted my comment “probably the fastest” male and female jumpers as undoubtedly there are more world-class male and female long jumpers who could run sub-10 or close to 11.00 flat respectively if they put their mind and specific training to it. Consequently, there are those who have jumped incredibly far off of relatively “slow” 100m performances – Ivana Spanovic has a “best” 100m of 11.90 albeit from 2013 and Juan Miguel Echevarria 11.52.

Sprinting on the run-up is different to sprinting 100m. In the 100m – although technique is paramount – it would be unlikely that Usain Bolt could have suddenly jumped into a sand pit at 40m and broken the world long jump record. To be able to sprint – almost as fast as Bolt and jump as far as Lewis – requires significant skill and appropriate conditioning.

At the 2017 World Championships in London, World Athletics recorded information on the finalists of the men’s and women’s long jump events. So, how fast were the likes of Luvo Manyonga (pictured above) and Jarrion Lawson in the case of the men’s first and second placers and Brittney Reese and Darya Klishina in the case of the equivalent medallists in the women’s event?

Taking the penultimate step contact as the measure of top run-up speed for the men, as it tends to be the quickest step as velocity will be lost on take-off due to the need to impart both vertical and horizontal velocity on the board, World Athletics (then the IAAF) discovered that Manyonga recorded a time of 10.50m/sec and Lawson 10.82m/sec.

Interestingly, in the women’s event maximum speed tended to occur on the third to last step. Reese and Klishina recorded times of 9.31m/sec and 9.23m/sec, while third placer Bartoletta recorded 9.51m/sec on her penultimate step – probably as befits the fastest jumper in the field with her greater tendency to be able to “run-through” the take-off and perhaps not “set” so much to take-off as Reese and Klishina.

You can see that the top world-class male and female long jumpers are fast sprinters, or should that be fast jumpers?

Many coaches time their athletes over the final 10m of the run-up (or on the track) to gain an insight into how fast their jumpers are. I have done this using the Freelap timing system and have calculated my jumpers’ speed in metres per second as a comparator with World Athletics’ stats (noting that the World Athletics high-tech kit enabled them to measure the specific step velocity of the last three steps individually and loss of speed at take-off).

So, we can get an idea of how fast Manyonga and Lawson are from the World Athletics figures in terms of 10m fly times, albeit with some limitations.

For further reference in 2009 at the Berlin World Champs the IAAF also carried out biomechanics analysis of the long jump, and potentially the fastest male jumper in the world in recent times, Dwight Phillips, was competing (best 100m 10.06). The American won the gold with a leap of 8.54m and achieved a time of 11.12m/sec on his penultimate step (as calculated such a time would require a 10m split of 0.90).

I have mentioned that the long jumper’s speed needs to be specific to the run-up in terms of allowing them to strike the board and take-off, and without fouling and also with the correct take-off mechanics. We have also noted some of the speed variations and the distances achieved largely with elite jumpers in this article. I have in my possession some research from the then West Germany, which on inspection today still seems to hold true, when it comes to calculating just how fast you need to be to jump a certain distance.

The research considered 100m speed, jump power (the physical and neural abilities of the jumper to take-off at speed), “landing depth” (landing extension) to calculate how far a jumper could theoretically jump.

To reiterate 100m ability has to have synergy with take-off velocity and the researchers acknowledged this – that’s to say they noted that a jumper could be quicker than their recorded 100m time if, for example, they were a poor starter.

Specifically, for example, the German’s calculated that a male jumper who had a best 100m time of 11.0 could with a technique
and jump power of equal quality jump 7.63m – however, if they had superior jump power then a distance of 7.83m could be possible.

A table was produced which indicated just how fast you needed to be to jump distances from 5.00m through to 8.90m. I have reproduced some of the key distance and speed times below.

As a long jump coach, I’d say these German stats have stood the test of time in many ways and act as a good reference point for just how fast you need to be to jump certain long jump distances – the times and distances do seem to correlate regardless of sex.

Speed is vital for the long jump, but the speed needs to be optimised for the run-up and the take-off. A 100m time can be a good predictor of a long jumper’s ability, but potentially more so will be the 10m time at the end of a run-up (or flying sprint) and, if you can test it, the speed on the last 2-3 steps coming into the take-off.

Note: as indicated the research factored in a variable – in that it would be possible to jump around 3% further or less for the selected distances – with optimum or non-optimum take-off power and technique, for example.

» This article was first published in the October 17, 2019, edition of AW magazine