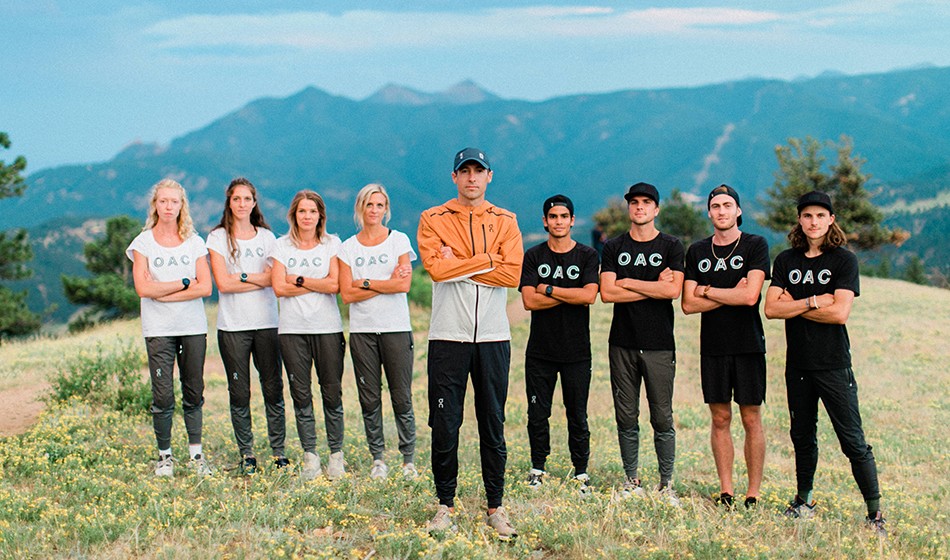 I was ready to move on – my body had just about had it!

I was happy that I got just about everything I could out of it. I had some really significant foot problems towards the last two years of my career and I found it pretty hard to do a lot of really good quality in training so, when the opportunity from On came up, I was really excited for it.

For me, I was fortunate to go into a situation and a position where I could still have a lot of involvement with the sport. You’re not pushing your body but you’re there and involved with the thing that you love.

For 16 years I was a professional runner and before that at college and high school. It’s really all I know and a lot of athletes are like that.

It’s not really a job, it’s a lifestyle, and with every workout you take that attitude home so when athletes finally do make that call and go into retirement there’s a void sometimes.

If you don’t have a passion – whether it’s your work, your family, a hobby – something that you can put that same energy and devotion into, it can be difficult.

There’s an old quote that says ‘athletes die twice’ and it’s true. It’s like a little part of you dies when you know you’re never going to be at the peak of your physical prowess again.

I had come to that realisation already but I do miss the feeling of doing the incredible stuff that you think ‘man, not many people can do that’. Already that seems far away.

There’s an old quote that says ‘athletes die twice’ and it’s true. It’s like a little part of you dies when you know you’re never going to be at the peak of your physical prowess again

Coaching is the next best thing to racing

We have eight runners in the On team so you’re managing varying degrees every day but you have the same emotional highs and lows that you have as a runner.

If someone runs really well then the high is really high but then you also have to manage it if someone is hurt and there’s that low.

The runners thrive off an energy that I bring so I can’t bring anything negative.

If someone is not feeling good then I’ve got to help that person but then I’ve got to bring positivity to the person that’s
on fire and doing really well. That part is a balancing act which is maybe a little different from life as an athlete.

The job is much more consuming than I’d realised

There’s so much stuff that gets done behind with the scenes which, as an athlete, you don’t even really know is going on. Dealing with the agents, the meets and all of that stuff – it just gets done or, as a runner, you pay your agent to deal with a lot of those things.

There’s a misconception that you write the training plan, you’re at the track and then it’s done – but it’s not really like that!

It’s such a rewarding job

It (running) was my real passion for 25 years. Eventually the body is done but being able to help others do it, see others do it…

As a long career goes on you maybe get numb to some emotions. Because you’ve been around it for so long, you’ve done
so many things, you kind of forget the first-time emotions of something really exciting and to see that has been rewarding for me.

Most of these guys and women are coming out of college and there’s lot of unknown. Then throw that on top of the COVID world where there’s more unknown – it’s great to be able to help guide them and to see the excitement when things go well.

This is a special opportunity for these guys and I’m happy that I can be part of it.

I trained under different systems for many years

Some things worked and some didn’t. Everybody’s a little different so having a broad experience has been important for me.

I had a lot of injuries as well so figuring out ways to stay fit has been important, too.

It gives me the background knowledge that something that might work for one person might not work for another.

My depth of experience will help

To have stood on the start line at a Diamond League, Olympic final, major marathons – I’ve been there and done those things, plus I’ve had just about every injury you could think of so I think having both ends of the spectrum and everything in between it’s good to have empathy with runners.

I know what it’s like to be injured – it can feel isolating and alone but also I will be able to tell them ‘this what you can expect when you’re standing in a stadium in front of 70,000 people’.

For me it’s all about getting them there and getting them to the point where they do believe in themselves, that they’re confident and then hopefully the knowledge I have from experience is helpful for them.

A lot of what coaching is is just getting people to believe in themselves. You have to have sound training theory but they have to know that they’re ready and a lot of that comes from the workouts and seeing how they are doing from day to day.

Sometimes the most important thing is psychological rather than physiological. The people that win, that do well are the ones who are ‘in it’ mentally too.