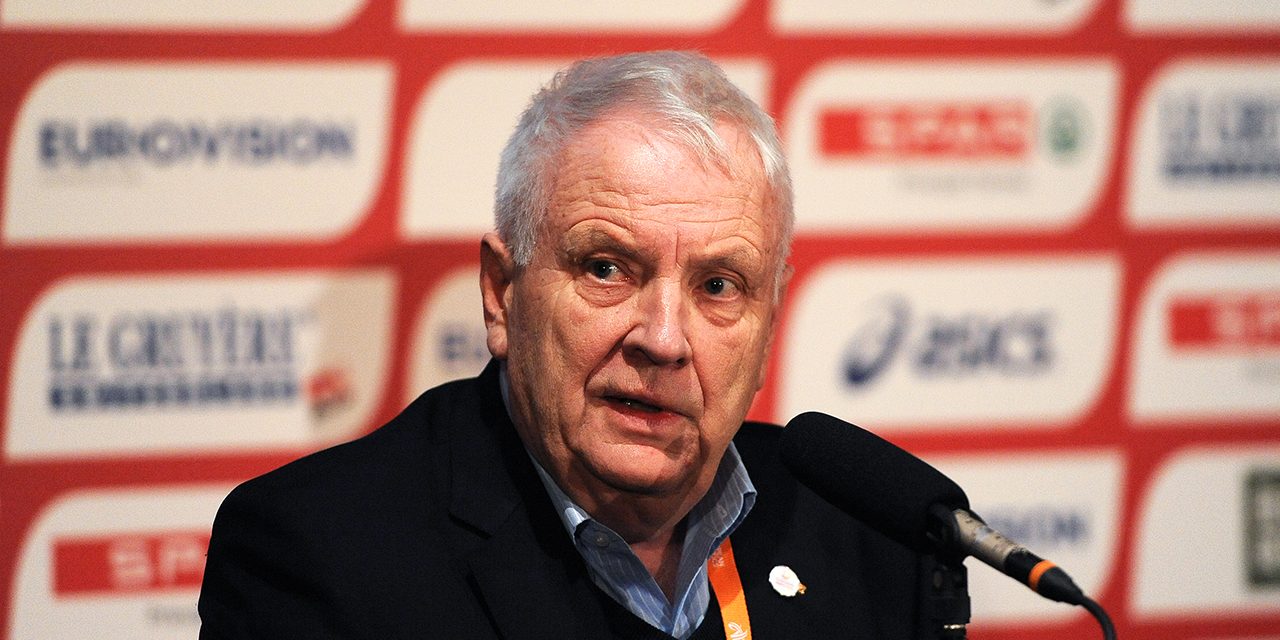 “European Athletics is doing well – there’s your headline,” chuckles Svein Arne Hansen with a glint in his eye and his tongue in his cheek. The president of the sport’s governing body on this continent is ever so slightly biased, of course, but it’s difficult to argue with the sentiment.

2018 has certainly maintained the feeling of progress which has been gathering momentum since the Norwegian’s arrival at the helm in 2015, with the glittering showpiece of the summer’s European Championships in Berlin providing a very obvious and memorable high point.

Yet Hansen is not one to stand still and the man who had initially only planned to serve one four-year term when he first took over will now be seeking re-election as president in April.

There is still much work to be done and it’s clear he is relishing the opportunity to help modernise and lead a sport which is in his blood.

The 72-year-old was meet director of the Bislett Games in Oslo for 24 years, while he also served as president of the Norwegian federation for 12. As he surveys athletics from a European point of view, he sees a brightening picture. He feels the long shadow cast by doping – something he admits is impossible to stop entirely – is beginning to diminish.

The biggest challenge on his to-do list now, he says, is to get schoolchildren across Europe interested in running, jumping and throwing.

There is also a great desire to keep looking at athletics in new ways and to continue to challenge the more traditional patterns of thinking when it comes to delivering the sport.

“It’s been the best year since I’ve been president,” he says of the past 12 months. “Berlin was really amazing – between 37,000 and 65,000 people every night. Even Bolt could not have made a better atmosphere in the Berlin Stadium on the Saturday and Sunday nights of the championships (when teenagers Jakob Ingebrigtsen and Armand Duplantis were rewriting the rules in the 5000m and pole vault respectively).

“The results and the number of countries getting medals was great to see. Britain was the best again, yes, but we have some upcoming countries. The likes of France and Poland are really challenging UK Athletics.”

He adds: “We have signed an eight-year deal now with EBU (European Broadcasting Union) so we have more or less secured most of our finances until 2027. That’s also a huge thing.”

Hansen is a man with plans and is determined to bring in more money which will allow those ideas and aspirations to become reality. He knows, however, that the needs and desires of sponsors are now markedly different compared to when he was in charge of the renowned meeting in Oslo.

Convincing others within the sport to also think differently is not always an easy hurdle to overcome but it won’t stop him from trying.

“I’m the oldest but I’m not the most conservative, that’s for sure!” he says. “But we have to really push and we are coming up with new things.

“The thing is that, for sponsors today, they look for different values than they did before. We have to try new things and of course everybody agrees – except when it affects themselves, that’s the problem.

“But I’m someone that pushes. I did that when I was at the Bislett Games for many years – it was quite a challenge to be a meet director and deal with Coe, Ovett, Cram and all those other people at the time who all had different ideas.”

When it comes to the work he is most proud of to date, Hansen cites the ‘I Run Clean’ doping awareness campaign – a message which adorns every athlete bib in European championship competition.

“I Run Clean is a signal to the whole world that we take anti-doping education very seriously,” he says. “It was a comforting thing to see that every single athlete in Gyor (at the European U18 Championships) took the education without question. We had it translated into 24 languages, we hope to translate it to more languages in the future and we have been talking to Seb (Coe) and the IAAF to bring it out to the rest of the world.

“We made it compulsory in Gyor, while next year it will be compulsory in both the under-20 and under-23 championships in Sweden. From 2020, everybody competing with a start number in Europe has to have gone through that education.

“We cannot stop doping, but at least they cannot come after us and say they didn’t know what it was.”

The future of Russia’s involvement in future championships remains a big topic of discussion and intrigue, of course, but Hansen insists athletics is winning the war on drugs – in Europe, at least – to the point where he doesn’t see it as the biggest challenge to tackle now.

“I don’t feel that’s the case any longer in Europe,” he says. “We still have some bad apples but I have a feeling we’re a much, much cleaner sport – at least in my part of the world, in Europe, than we’ve ever been before.”

There are more athletic stars emerging in Hansen’s part of the world, too and he is keenly aware of just how crucial it is to harness the power brought by public interest in young figures such as the Ingebrigtsens, Duplantis and Dina Asher-Smith when it comes to the next big issue he wants to tackle. 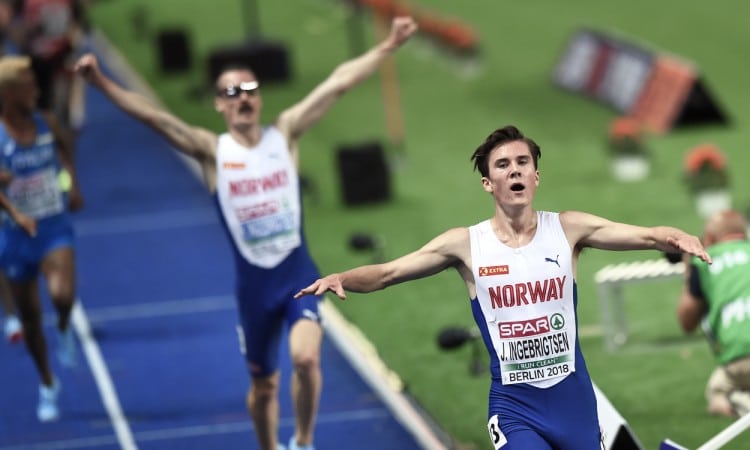 “To bring to schoolchildren back to the sport,” he continues. “We have no problem in Norway, because we have fabulous athletes like the Ingebrigtsen brothers and Karsten Warholm. There are waiting lists at the athletics clubs.

“I was president of the federation for 12 years and we never had the situation where people were waiting to become members.

“That’s why it’s so important that we have stars and that’s why we need the diversity of events. If you talk to people in Croatia there is Sandra Perkovic (two-time Olympic and world discus champion). Serbia, Ivana Spanovic (world indoor long jump champion). Sweden, Armand Duplantis.

“If we can find more talent, more stars, then we are really, really on the right track because it makes people interested.

“What I really want now is to involve kids. You see it in Switzerland where they have the UBS Kids Cup, while in Norway there’s a team relay sponsored by a milk company which sees 110,000 13 to 16-year-olds taking part in athletics one day in May every year.

“That is what people want and they also want to support mass participation. We can include that in our future championships, like we did in Amsterdam very successfully with the half-marathon – and we’ve agreed we’ll do that in Paris 2020, too.”

And what of his own future? Hansen certainly seems to enjoy a high degree of job satisfaction so would he be content to carry on into a second term?

“I’m happy to do it but there are 51 countries who will be voting. I think they are also happy but it’s not up to me – I don’t have a vote!”

He admits, however, that he can detect the progress being made under his guidance has not gone unnoticed.

“I have that feeling and I have support from everywhere,” he says.

“We are working very, very closely with Seb and the IAAF. We have the same ideas of the future and that’s how it’s going.”

More change is afoot, then. But what’s the biggest difference Hansen has seen in his lengthy time in athletics?

“When I started as a meet director in the early seventies we were a family,” he says. “I used Steve Ovett’s car, I went to his wedding, I went to Steve Cram’s wedding. Today it’s a bit different.

“We have to control the (athlete) managers much more. They are more or less trying to dictate the sport and I also think some of them, especially in Africa, are not working for the good (of the sport). The African federation understands that themselves.

“30-40 years ago I knew every athlete in the world. I knew everybody. But it’s not like that today. That’s the biggest difference but that is evolving.”