Stewart McSweyn: “I still have a lot of room for improvement” 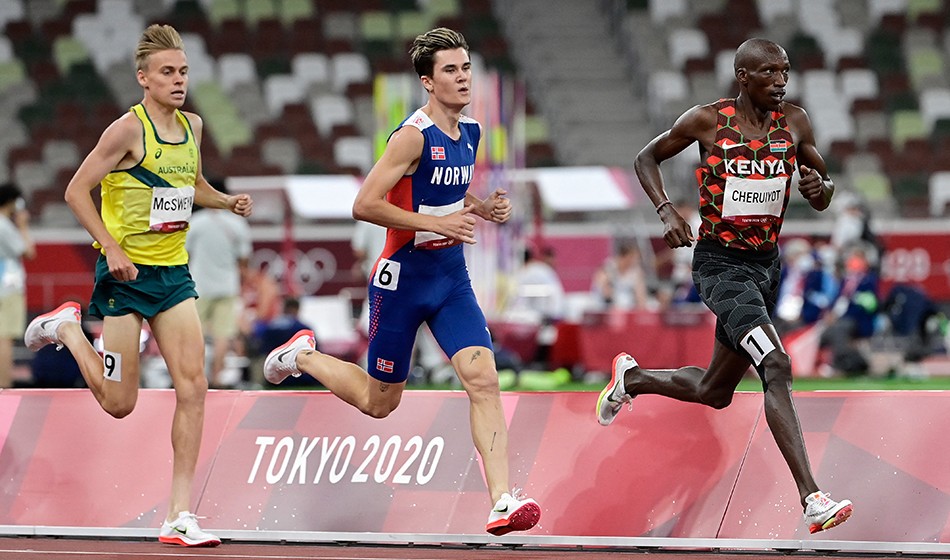 Stewart McSweyn’s body, by his own admission, was feeling “pretty banged up” by the end of the season. An inspection of his racing schedule between the Australian Championships in mid-April and his half-marathon debut at the Great North Run in September leave more than a few clues why.

During that time he was in competitive action on no fewer than 21 occasions, the Australian featuring in 10 of the 12 Diamond League meetings as well as tackling his first Olympics where he finished seventh in the 1500m final in Tokyo.

Much of this unfolded during a period when he was away from his Melbourne base between early May and late September. Given the strict lockdowns which have been in place back in his home country, McSweyn felt incredibly fortunate to be able to get out to see the world this year but he was still happy to head back south.

Arriving Down Under just as the Australian summer is in first bloom while the UK is preparing for the full onset of winter – he lives in Teddington, London when on his European travels – was particularly good timing on his part.

But while the Tasmanian-born former steeplechaser who currently holds the Oceania records for 1500m, the mile and 3000m was a weary traveller when he stepped back off the plane, he was still filled with enough enthusiasm and incentive to get straight back to work once he had given himself time to take a breath.

Having spent 2021 making progress and mixing it with the world’s best middle distance runners, he wants more.

“I feel like I have run a lot this year but I’m happy I ran,” says the 26-year-old, who is coached by Nic Bideau at the Melbourne Track Club. “I caught a couple of national records and I was able to win a couple of the Diamond Leagues. I think there were only a couple races where I wasn’t competitive.

“I’m pretty happy with the progress I made this year. I feel like I’m right in the mix with the best guys in the world, especially over the shorter track distances.

"I'm happy and feel like I'm right in the mix with the best guys in the world, especially over the shorter distances over the track." @Stewy_mac3 opens up about his jam-packed 2021 season.

“I did 10 out of the 12 [Diamond Leagues] and I think I was top three other than two races. I was fourth in Monaco but I ran 3:29 so that was a national record – still not too bad!

“I feel like I was pretty consistent on the track this year. The aim going into every season [is that] you want your best and your worst to be too far apart. I feel like I accomplished that this year so I’m taking big confidence into next season.”

That feeling of assurance is a must when you consider the level of McSweyn’s opposition, particularly when it comes to the 1500m. One of the 26-year-old’s best friends is Jakob Ingebrigtsen, the 21-year-old Norwegian who clocked a European record of 3:28.32 on his way to beating Kenyan world champion Timothy Cheruiyot to the Olympic title.

“I think it will be easier for me in the off-season this year. If I’m feeling unmotivated, I’ll be like, ‘Tim and Jakob are not going to be skipping training, they’re going to be working hard’. So, if I’m not willing to do it, those guys are gonna kick my a*** next year.

“I’ve got to keep working hard, I’ve got to keep getting better and obviously those guys are going to get better as well. It’s an exciting time for track and field fans. I think, hopefully, we can keep having some pretty exciting battles.”

The excitement extends beyond the fans to the athletes themselves, too.

“You’re looking at him [Ingebrigtsen] and Tim as being two of the all-time greats, so to be able to race those guys pretty regularly is kind of cool,” says McSweyn. “I have a lot of respect for those guys – they’re both amazing athletes, but also amazing guys off the track as well.

“Jakob is one of my best mates on the circuit so to see what they’ve both been able to achieve, but especially him, has been amazing and I think I’m as excited as anyone to see what he can run.

“I know he’s run 3:28 but there’s no doubt he can get right near that world record [of 3:26.00 by Hicham El Guerrouj]. I don’t know what the guy’s limit is. I think we haven’t seen the best of him yet and he’s obviously amazing at the moment so I’m excited for next season to see what he can do.

“I think having a guy like that lifts everyone else. The other guys start thinking ‘why can’t we try and get near him as well?’” 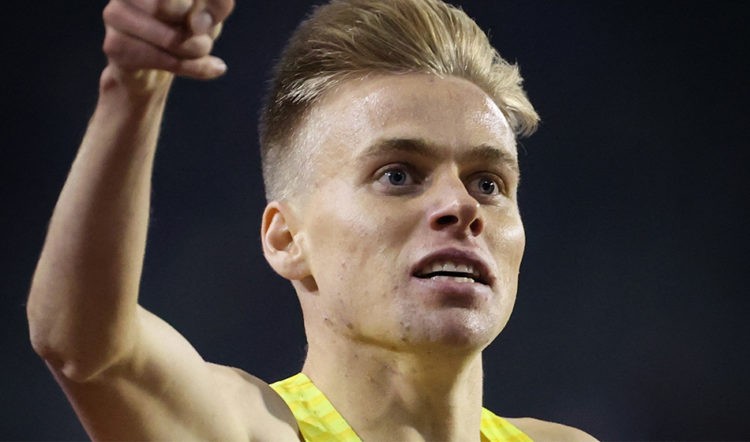 It certainly already feels like the 1500m will be an event to savour in 2022, particularly as there will be so many championship occasions upon which to savour it. The two which McSweyn is targeting are the World Championships in Oregon, followed quickly by the Commonwealth Games, and he insists he will be targeting the 1500m/5000m double at both.

The prospect of athletes like him, Scotland’s Josh Kerr and Jake Wightman, England’s Elliot Giles, Wales’ Jake Heyward and Cheruiyot all doing battle in Birmingham is certainly a mouthwatering one. The plan is for the winter training to propel McSweyn towards being a forced to be reckoned with.

“I still feel like I’m pretty new on the circuit and I think I still have a lot of room for improvement,” he adds. “I’m still not as strong as I could be. Last year I was still growing in height so I feel like I’m not at my physical peak yet.

» This article first appeared in the November issue of AW magazine, which you can buy here