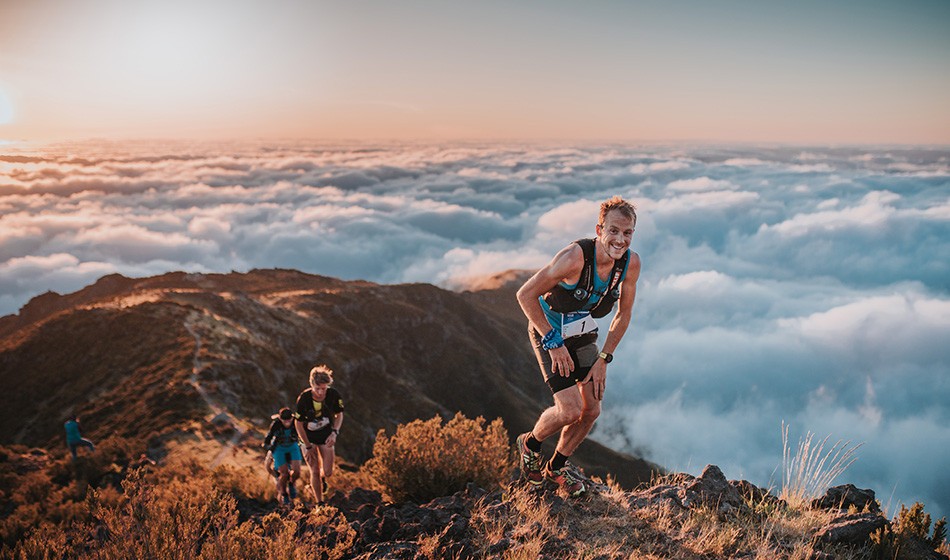 He can six-minute mile around an obstacle course race, run the hilly Bergen Marathon in 2:26 and take a win on the notoriously technical 32-mile Tromsø Skyrace with 15,000ft of vertical ascent – but unless you take a keen interest in obstacle course racing, chances are you’ve never heard of Jon Albon.

World titles aside, his 2018 tally includes wins at the Bergen Marathon, Tromsø Skyrace, the Original Mountain Marathon, Madeira Ultra Sky Marathon and the Scafell Skyrace, where he won by a margin of 13 minutes ahead of fellow ultra-runner, Tom Evans. Yet, despite his success, the understated Brit has largely flown under the radar.

Living in the Norwegian town of Bergen, Albon first caught the attention of the international running community in 2015 when, as an unknown obstacle course racer, he won Kilian Jornet’s Tromsø Skyrace with a lead of 17 minutes ahead of Luis Alberto Hernando, then the current Skyrunner ultra world champion.

“We were really surprised to see this guy cross the finish line first as we didn’t know him,” recalls Lauri van Houten, president of the International Skyrunning Federation. “For me, Jon is a very special athlete with multiple skills. Modest, smart, dedicated. He just does what he loves. A free spirit.”

After discovering he was pretty good at running, Albon made it his profession in any and every form, and his star has quietly ascended ever since.

Not bad for an athlete who doesn’t have a coach or training plan.

So what’s the secret to his ability to effortlessly switch between running disciplines, race lengths and terrain? Partly, it may be down to the fact he doesn’t pigeon-hole himself as a runner.

“I like running so I’ll just go run, no matter where or when or what the distance, pretty much.”

Instead of training for specificity, Albon aims for an all-round breadth of fitness that isn’t geared toward any one thing and could include cross-training, climbing, cycling or ski-mountaineering.

Albon doesn’t follow a training plan or have a ‘typical’ week of training, but he does loosely follow the 80/20 principle, conducting 80% of his training ‘at a slow, zone 1 heart rate kind of speed’ and the remaining 20% ‘a bit harder’.

“Morning runs are usually around 30-minutes long; others between 1-2 hours.

“I do a lot of slow, fun activities and probably do two training sessions a week which are a bit harder,” he says.

Albon then starts fine-tuning his fitness toward his next race three weeks before competing. “These sessions are really race specific, where you run on race terrain at race pace and get yourself ready for pushing really hard,” he explains.

That might mean running on bogs, if it’s a boggy race. “Or if it’s a road marathon,” he says, “I’ll start running on the road at marathon pace three weeks before.”

Racing is his training

Contrary to what you might expect from an ultra-skyrunner, Albon doesn’t run long distances in training. Morning runs hover around the 3.8-mile mark and he concedes he hasn’t run much further than 13 miles during his entire training season.

Instead, races produce the necessary mileage. “Skyraces form my ‘long run’ in a sense,” he says, explaining that they are also a key part of his training.

“It’s really hard to mimic how much training a race can give you,” he explains.

“I don’t think I could get myself in good enough shape without races, to be honest.”

“I’ve trained a lot less in the summer this year [because of my winter training]. I took up ski-mountaineering last winter and did a lot of really slow skiing with loads of ascent – 6-8 hours at a time and up to 11,000m of climb a week.

“Come summer, I had a really big base, so I didn’t really feel I had to go out and do these really long runs,” he says.

In the off-season, running takes a backseat until February, when it fits in alongside six hours of ‘really slow, enjoyable skiing’ each day to ensure Albon’s legs are acclimatised to running by May.

“Slow skiing doesn’t batter your legs, so this winter I was able to just do three quality running sessions a week. It was the perfect off-season training,” he explains.

Living in Bergen, hill running accounts for the majority of Albon’s training and he can clock-up 300m of ascent within 3km running straight from his door.

“It doesn’t look as impressive mileage-wise, but it’s about time on feet… I might only do a 6km run but in the same time it takes me to run a flat 10km,” he explains.

A true uphill athlete, he can accumulate up to 6000m of ascent a week at the height of race season and, at the time of writing, has covered 139,621m of vertical running ascent this year alone.

Although he has no set training schedule, Albon visits the track sporadically for speed sessions. “I’ve never had a coach and I didn’t grow-up in a running club so I don’t really know what I’m doing,” he laughs.

“But I’ll do a warm-up, some drills and something like 10x1000m or some 400m reps with a 30-second break. It’s not something that I’d do all the time, but it’s a fun type of running seeing how fast you can go.”

Albon’s social circles include some of Norway’s top mountain runners and this pushes him to improve his own performance.

“Definitely. Just to know that they’ve run somewhere and how fast they’ve run – to know a human can do that is inspiring,” he says. “They’re also my friends so we spitball ideas around and I chat to them about their training plans and ethos.”

Albon’s season usually finishes mid-October after the Obstacle Course Racing World Championship, but this year he has decided to take up Spartan Race chief executive Joe de Sena’s challenge to win the brand’s trifecta of elite events and walk away with a $1m prize.

Either way, it’s been a remarkable year for the versatile British runner.