How the marathon stars aligned for Alice Wright 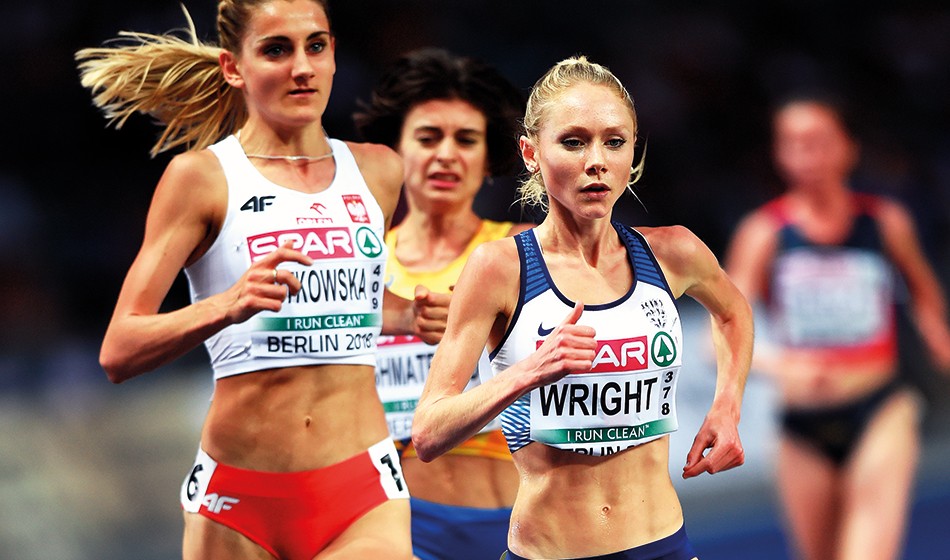 The clock stopped at 2:29:08, but the time it had taken to reach the finish line was substantially greater. After numerous blocks of marathon training cut short – some, agonisingly as late as the taper – the fact that Alice Wright made it to the start line in Houston at all was an achievement worth celebrating.

The 27-year-old, originally from Worcester, is a member of the HOKA-sponsored North Arizona (NAZ) Elite professional team based in Flagstaff. A former European under-23 10,000m bronze medallist, she had been preparing to make her marathon debut since 2019, but injury and misfortune conspired against her. Her stars at last aligned on January 16.

“Training was going well (for Chicago in 2019), then three weeks before I got this pain in my foot,” she explains. “It was diagnosed as a stress fracture, but it turned out to be a more serious injury where the blood supply dies in the bone and the bone in your foot basically dies. I was heartbroken to pull out.

“Then it was a bunch of London Marathons. I had my heart set on London, but with Covid and my foot injury which kept rearing its ugly head … I couldn’t flex my foot and it was affecting my stride, and that ultimately resulted in me getting a sacral fracture.

“I was on and off crutches all of 2020 and I had to go in a boot for 16 weeks. The world seemed to be ending when I thought I had a stress fracture, but little did I know how long I’d actually be out for.”

With a renewed focus on the Valencia Marathon in December 2021, and the exciting prospect of a Christmas break back in the UK with family, Wright reached her taper healthy, until she had an allergic reaction to liquorice. “Am I cursed when it comes to the marathon?” she wrote on Instagram at the time.

Ultimately, the trip home was sacrificed to commit to Houston, but it was worth it to finish second and run inside British Athletics’ World Championships qualification standard of 2:29:30.

“It was very cold and pretty windy on the day, which are my least favourite elements, so I was apprehensive about how the whole thing would go,” says Wright. “The first five miles I was thinking, ‘Oh my goodness, I have to run this whole thing at this pace’, but by around mile 8-12 I started to feel pretty settled.

“Everyone says the marathon starts at mile 20 and those last six miles were definitely a grind. It was a weird emotional battle that I wasn’t really expecting.”

“The main reason I chose that group was the altitude, but I also liked the fact that it was a mature group of people,” she says. “I think just being in a group with people who are so confident in what they’re doing and what works for them is great. We’re all very supportive of one another, too. It’s like a family.”

When this interview took place, Wright said she would “love to be selected for at least one of the major champs” – and her wish came true this month when she was picked to run for Britain at the European Championships in Munich in August.

In an interview with AW in 2018 Wright said she hoped the marathon would be her “sweet spot when it comes to pace”. It was a long time coming, but she was not far wrong.

» This article first appeared in the March issue of AW magazine, which you can buy here