How does winning the World Championship change in anyway your approach and plans for the future and what do you think the psychological impact will be short and long term?

So I think he’s had a real high in the last couple of weeks with the amount of media attention and inevitably that sort of creates a peak in your life and season. If you are world champion, you’d be expected to win most races that you do but there will be times when he’ll line up out of season, in cross country races and he won’t be in 10/10 form and he’ll have to take that on the chin.

He’s in peak form right now but you can only maintain that for six weeks in the year and then the rest of the time you’re susceptible to losing.

How was Jake like when you met him after the event?

I got questioned right up in the crows nest by a group of the British broadsheet journalists, so I gave them a bit of time by the time Jake had done his mixed zone journey. So I had to get to him round the back of some Americans and it was just a quick hug to say ‘well done’ and ‘great tactics’.

Then, I said ‘now Commonwealth Games’ and he didn’t like that because he needed to have that night! He was travelling home the next day and that was a bit mean spirited from me really!

It is just one out of three for this year though and he recognises that point of view himself. 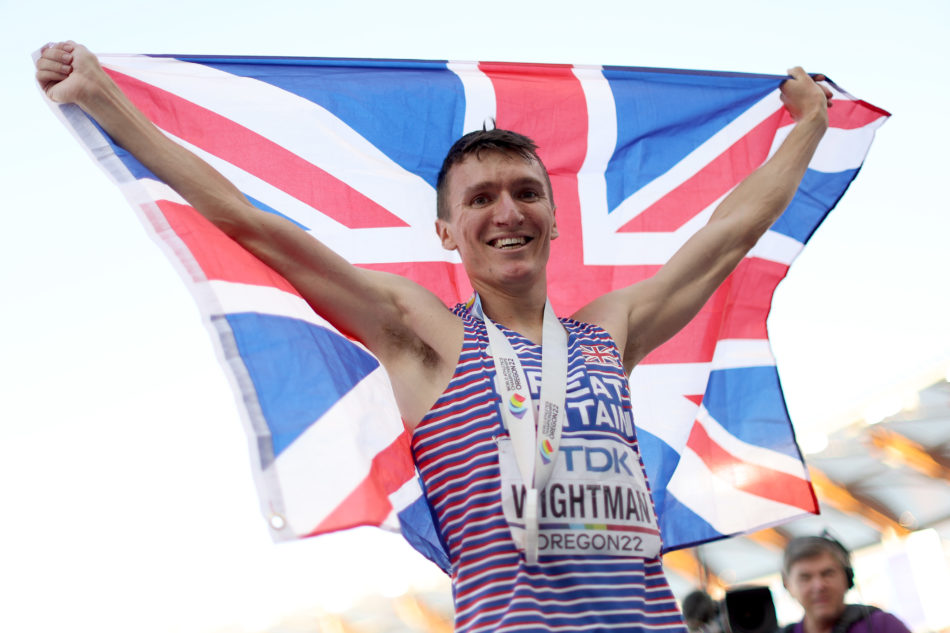 How much longer do you think you can cling on to the last family track record – 5000m?

My family record is 13:42.80 and it was set in Germany in a race which Jack Buckner actually won in 1988. I had to borrow some spikes from Glen Grant as it was an early morning start and I mistakingly packed two left shoes. Jake probably could run 13:42 right now but a 5000m on the track is probably two or three years away.

His personal best goes back to school and that’s around 15:30. It’s on borrowed time but let’s see you try 2:13 for the marathon Jake.

Is there a particular 1500m specific session that you give to Jake each year to see where his fitness is at? If so, what session would that be?

I coach four athletes and I try and mix my sessions up. I’m not always making comparisons unless it’s what I try and achieve. The standard session, unless they’re not ready, is usually eight, ten or 12 400ms with a lapped jog. He’s actually doing a cutdown version of that on Saturday (30 July), possibly with a cutdown pacer.

One bit of advice that Alberto Salazar, who is obviously not the most credible coach these days, once gave in a seminar was that athletes shouldn’t set personal best sessions in training within two weeks of a championship. I think he had experience once where his athletes were flying ahead of the world indoors in the Far East and they all ran badly at those championships because they peaked too early.

Jerusalem [World U18 Champs] – Eugene [World Champs] – Birmingham [Commonwealth Games], all in a couple of weeks! How’s the jet lag?

Well I went from Jerusalem to Colorado Springs in a day and I actually travelled for 28 hours. That’s the one where Jake took a picture of me asleep on a pole vault bed. I’m not too bad with jet lag and can nap my way around it.

Do you envisage Jake racing XC in Scotland again next season? Short course event over 4K like November 2021?

Yeah, he did it last year and it was a disaster for him. He finished 14th and it was biblically bad weather in Lanark. With Jake’s stride, we’ve worked hard on his sprint foot placement and in mud he just rocks back on his heels and it’s not the best. On a firm grass track, you’ve got half a chance.

The way the season will go for him will be something like: Fifth Avenue Mile in September, then a break of two to three weeks, before slowly building back fitness and then going to Flagstaff in Arizona in mid-November to December. So there’s a window in there which could include the Scottish 4k, running for Edinburgh in the Scottish Cross Country Relays or Dartford Harriers in the Kent League. However, it’s prime season for colds and twangs. Ideally, yes because I love those events and he loves those clubs but we’ll see.

What is more exciting, to win a race yourself or watching your son win a race?

I’m so far past racing that I’ve almost forgotten that feeling (of winning) and I didn’t really have anything comparable, I only had a couple of British vests. I also think that everyone wants the best for their kids whether that’s careers, happiness or health. It’s a good question but I prefer to see our children progress and take pleasure in their achievements. It’s not just Jake and his running, Sam and Martha are interested in theatre and politics. We can’t get as involved as we do with Jake but you still want to support them and to ensure they have an enjoyable family life.

“I couldn’t believe with 200m to go that I felt as strong as I did so there was no reason not to give it a go.”

What’s the support team like around Jake? How big is it and who does what?

So we had a zoom call back in May just before the season really kicked off and that’s the first time that everybody came together on a call. It was me, Laura Turner-Alleyne (sprint and drills coach), Andy Kay (strength and conditioning coach), Andy Shaw (physiologist), Alex O’Gorman (physiotherapist). Beyond that you can include his agent Mark Wetmore and his training partner Tom Keen out in Colorado Springs.

It is like an F1 team really and I’m just this Captain Mainwaring figure who’s just shouting in the background. Every part of that team has an individual skillset which is crucial.

Jake’s Gold medal aside, what was your personal highlight from a British and a global perspective from Eugene?

I wasn’t in the stadium for every session and we had three announcers who rotated but the performances that I remember and that were admirable was firstly Aimee Pratt, from a British perspective, who broke the British steeplechase record twice in qualifying and then the final. She then beat Emma Coburn in the final and you can’t do that for someone new on the scene! It was an amazing achievement.

Globally I like Mondo [Duplantis]. He is our banker as a sport to do great things on the last day, keep everybody late and set the seal on the entire championships. But Sydney McLaughlin. You look at that time [50.68 400m hurdles world record] in the same way as we looked at Karsten Warholm [45.94 400m hurdles world record]. That was a brilliant flat time and they went over 10 flights of hurdles! They were the three for me. 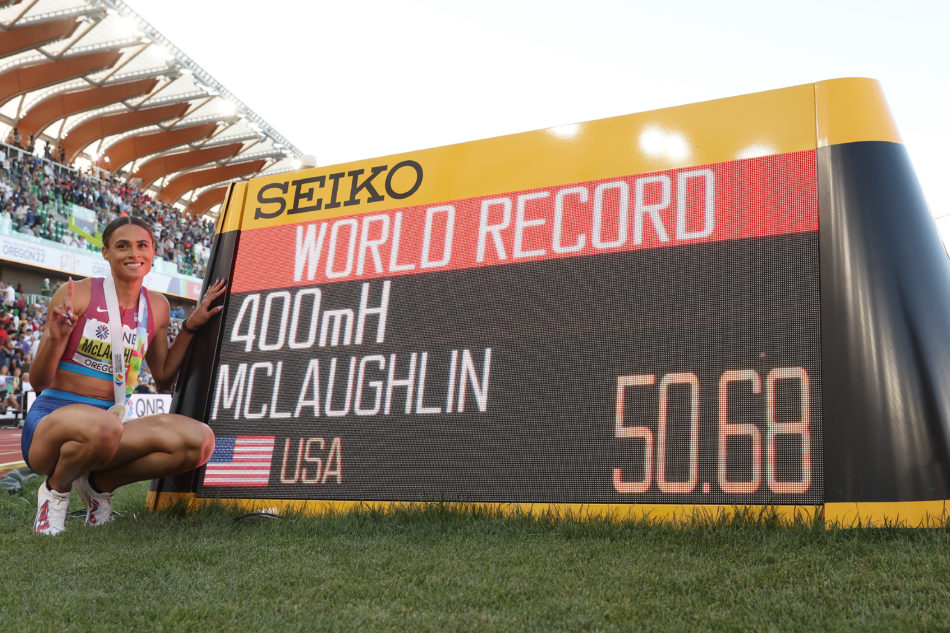 You’ve personally seen the Coe/Cram/Ovett era and this one, how do they compare on competitiveness and taking the sport to new levels?

I was proud to have lived through the Coe/Cram/Ovett era and don’t forget there were others on the scene at the time as well. Ultimately we are a sport of head to head contests but the public also knew them. They were doing commercials and on prime time TV on BBC and ITV. Once you start projecting the sport that way people start projecting you as characters. One of Seb Coe’s record attempts interrupted the 9 o’clock news so that they could show it live! We’re a little way from that now and the sport has slipped down the radar.

Athletics has some great stories to tell and it’s still got some issues to sort out, especially beneath the elite championship level. I don’t think the Diamond League is understandable as Eugene was. They understand flags, colours, heats, finals and disqualifications but you take it to the next level now and then you’re asking questions around ‘why would people watch the Diamond League for example?’

Athletics is the best sport in the world but we need more correspondents that cover the sport exclusively, more meaningful competition around globe and storytelling.