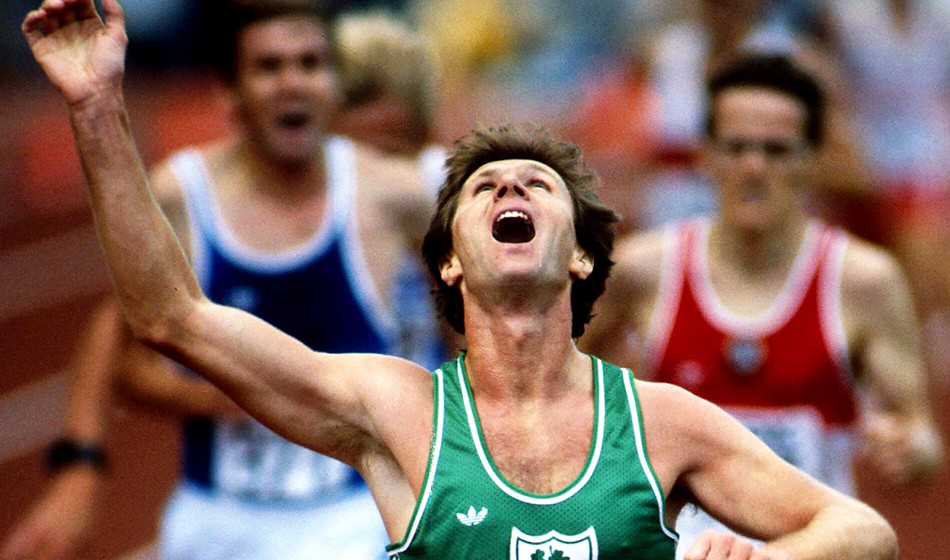 After suffering disappointment at successive Olympics, the middle-distance runner wrote a redemption story that has gone down in Irish folklore

I was living between Dublin and New York after I graduated from Villanova University but, after the 1980 Olympics, when I finished fourth for the second time, my coach told me to go back full-time to America and train for the first ever World Championships which had just been announced for 1983.

And he says: “Go and break the sub 3:50 indoor mile because that achievement will be like John Walker or Roger Bannister in terms of a milestone. And you’re an indoor guy and you love indoors.”

Disappointingly, I ran 3:50.6 (still breaking his world record by two seconds) and then, in 1982, I was injured all year with Achilles tendon problems and with stress fractures in my shin bone. Miraculously, I got cured in West Germany, thanks to Thomas Wessinghage, my great rival and friend, so from September 1982 I just devoted that following year to chasing sub 3:50 miles and the World Championships.

I made sure I didn’t overtrain. I just kept an average weekly mileage of 80 and if I got that for 20-30 weeks a year, that was fine. [The focus was] definitely don’t go much over that and stay healthy. And that’s what I did. I trained in New York up in the Rockefeller estates in Westchester. I had my training partners there and off I went to pursue that goal.

No doubt about it, there was an excitement about the first ever World Championships. It was perhaps seen at a political level as a breakaway from the Olympic movement … ‘The IAAF are now holding their World championships – how dare they!’ 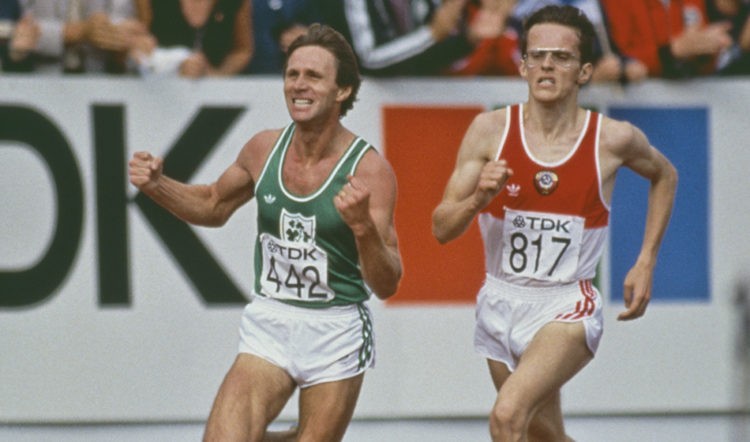 But in terms of the athletes and the coaches, the championships was going to be one for all the nations who participate in athletics to be there with no boycotts, so this was going to be a standout event. There was a good vibe about Helsinki all that year.

My confidence level was on a high, because I had run the 3:49 indoor mile. That was goal number one. But number two, my dad passed away, my coach in America passed away and my coach in Ireland passed away – all during that period when I was injured.

So, going in there, I was highly motivated to try and do what those guys always believed I could do, which was win the Olympic Games. But, instead, we’d be competing at a World Championships, which was going to be even bigger.

The times that were coming back in my workouts were all showing really well and I was injury-free and fresh, but there were going to be heats, semi-finals and the final all within a five-day period. I had that in the back of my head: “Will these other guys be able to maintain three 5000m races in the Championships?”

I was very fortunate that was the perhaps the greatest era of athletics in Ireland at world level, both indoors and outdoors. Just before me, there was Frank Murphy and Ronnie Delany and so forth. And then there were all the guys that went to Villanova, John Hartnett and Tom Gregan. We were all very competitive.

Going into the World Championships, I needed it to be completely the opposite of the tactics which I applied in the heat and semi-finals in the 1976 Olympics, which I learned from. I’d kicked ass in the heats and the semi and then I came out in the final, took the lead after 400m and completely stuffed it up.

The tactics in Helsinki were just to barely qualify for the semi-final without using too much energy. In the semis, it was awful rain. I just focused on staying out of trouble. I told myself: “Don’t show any cards”. In the final, my plan was to not show any cards, stay in the middle to the rear of the field for the first eight laps and then, after that, it’s a miler’s race.

With about three laps to go, Dmitriy Dmitriyev took off. I stepped behind Thomas Wessinghage, having moved up. No-one was going anywhere and then, with 500m to go, I decided to pursue Dmitriy gradually. When I caught him with about 300m to go, I knew I was going blow him away because I was so fresh and so strong and sharp. My tactics played out perfectly. One move and one move only. 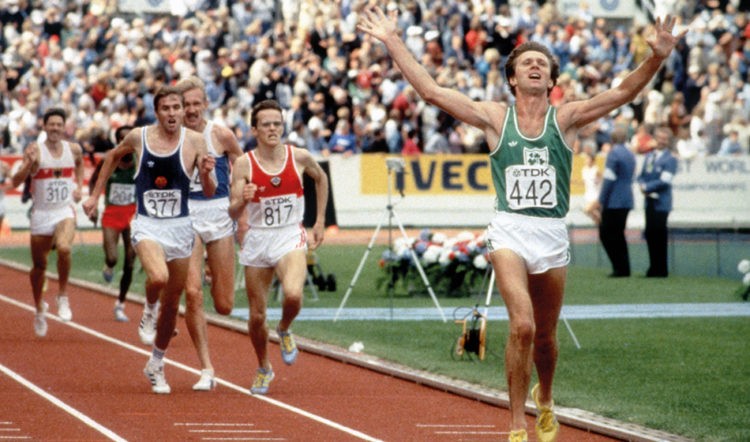 I raised my fists and my arms in a gesture that was “Thank God, I got it for you guys.” That’s what went through my mind when I knew I was going to win. I was gesturing a prayer almost. Some people took that as me being a really cocky son of a bitch. But they didn’t finish fourth in the Olympics twice before that. I was going to win. This was my moment of redemption.

I put my arms up again, kind of in disbelief, coming up the straight. There was relief in there, as well. The podium was a real celebration. It was about my whole life of training in athletics, racing in athletics, being mentored and coached. The memories of the people who had been around me all came flooding back.

This was the greatest feeling, to have achieved something that I was told I could always do.

» This article first appeared in the March issue of AW magazine, which you can buy here